France's prime minister is offering to meet with members of a motorists movement who have blocked roads over rising fuel taxes and held protests that caused damage to central Paris. 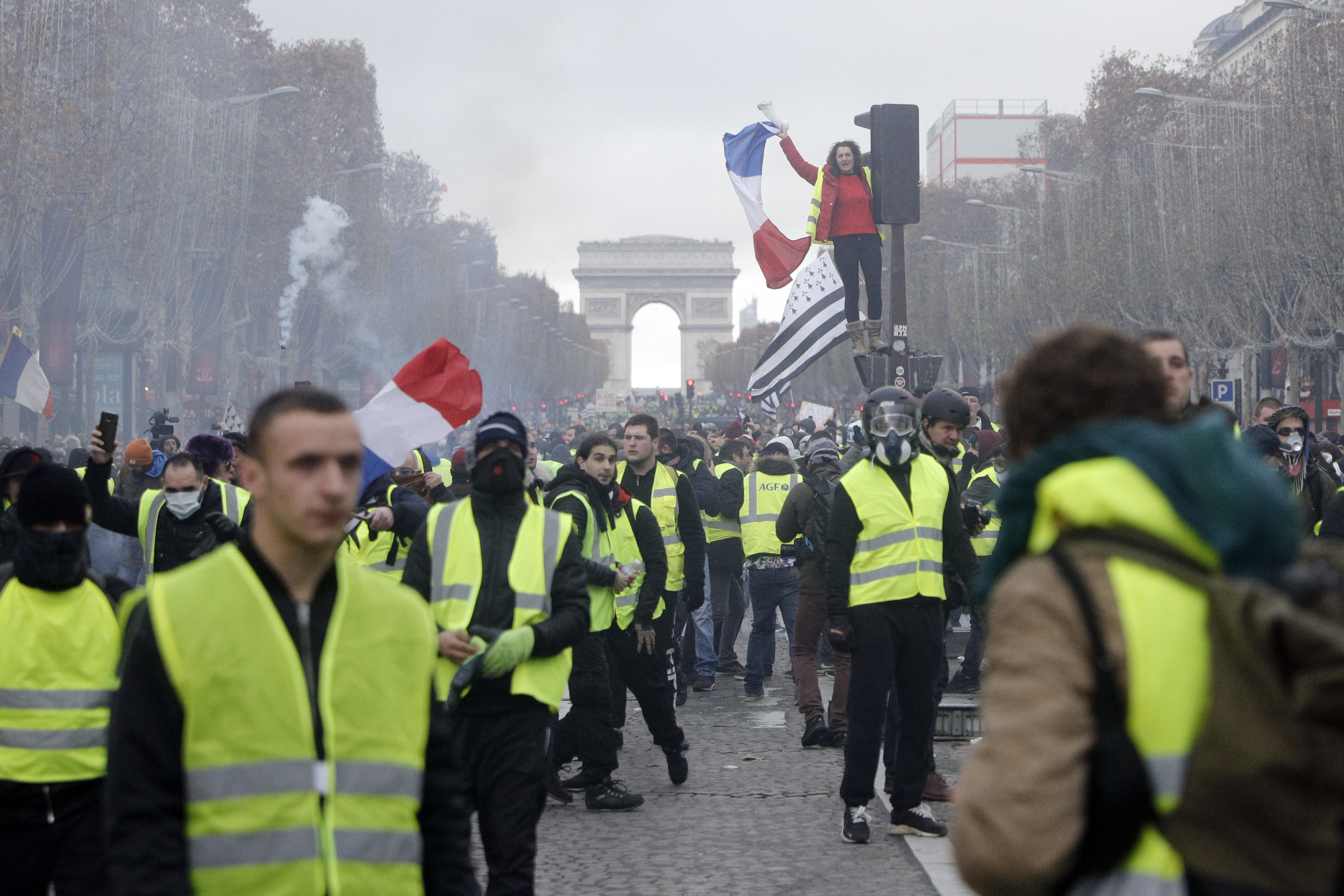 Demonstrators, called the yellow jackets, march on the famed Champs-Elysees avenue in Paris, France, as they protest against the rising of the fuel prices, Saturday, Nov. 24, 2018.

Prime Minister Edouard Philippe said on BFM television Wednesday that the protesters are expressing "a lot of legitimate things that should be heard."

The drivers may ignore the outreach. Some are calling for a new action Saturday on the Champs-Elysees in Paris, where a protest last Saturday degenerated into violence.

The drivers denounce perceived elitism by President Emmanuel Macron, who failed to defuse the anger with a speech Tuesday explaining the environmental need for the tax hikes.

Protesters shouted at the minister for overseas territories, Annick Girardin, as she sought to calm tensions Wednesday on the Indian Ocean island of Reunion, where demonstrations have been particularly violent.