The French government on Friday expressed determination to plough ahead with far-reaching pension reforms in the face of the biggest strikes in years, which have brought public transport in much of the country to a standstill. 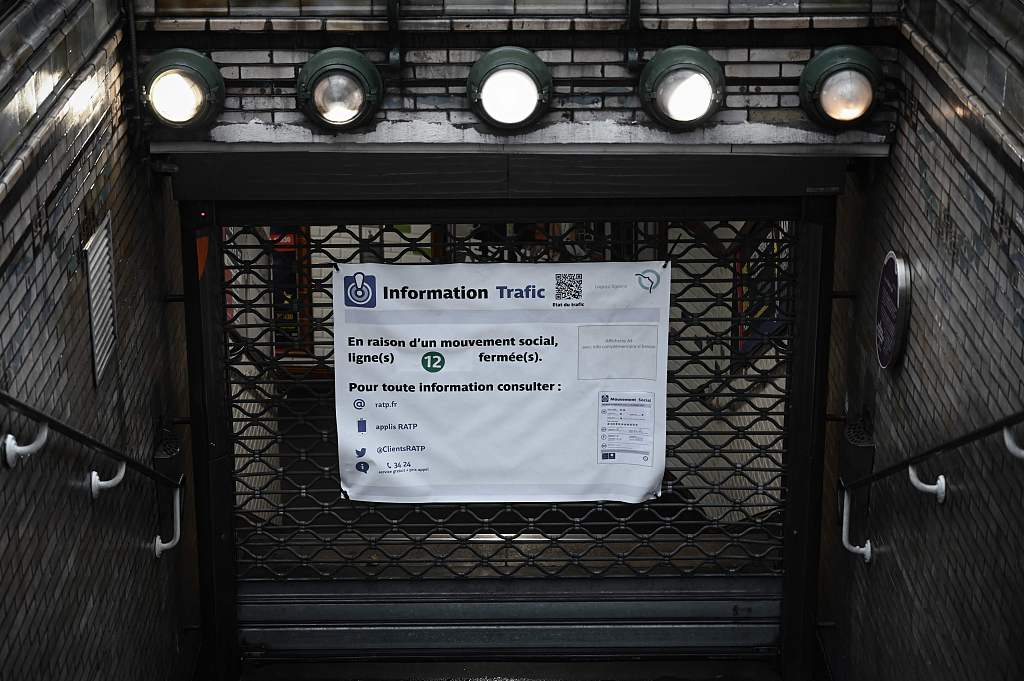 A picture taken on December 6, 2019 shows the gate of a closed metro line station in Paris during a strike against French government's plan to overhaul the country's retirement system as part of a national general strike. (Photos: VGC)

The strikes, which began Thursday, have seen most high-speed trains cancelled, flights affected and most of the Paris metro shut down in a major challenge to the ambitious reform agenda of President Emmanuel Macron.

The turmoil is expected to continue over the weekend and through until at least Tuesday when unions have called more nationwide protests to follow mass rallies on Thursday that brought over 800,000 people onto the streets.

With Macron not yet speaking publicly about the strikes and seeking for now to rise above the fray, Prime Minister Edouard Philippe insisted that the government would not abandon a plan which would require the French "to work a bit longer."

He pledged to work with trade unions to introduce a single "fairer", points-based pension scheme for all, scrapping the 42 more advantageous plans currently enjoyed by train drivers, soldiers and a host of other workers in the process.

The centre-right premier added that the government was "very determined" to implement the reform, adding he did not believe the French would always accept a situation where some retire earlier, and with more money than others doing comparable jobs.

But he emphasised that the changes, which he said would be unveiled on Wednesday, would be introduced "progressively, without harshness".

"My logic will never be one of confrontation," he said.

Dozens of trains, metros and flights were cancelled, many schools were again closed or offering only daycare, and four of the country's eight oil refineries remained blocked on Friday.

Half of the Eurostar trains between Paris and London were dropped, and just two of three Thalys trains serving Paris, Brussels and Amsterdam were running. 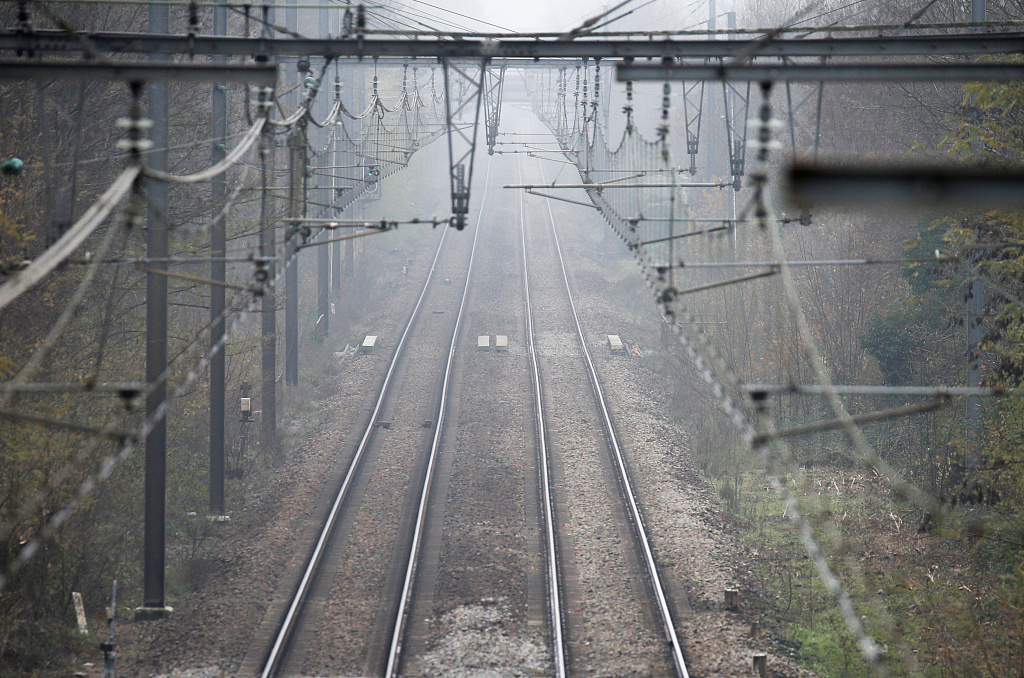 Empty tracks are seen near Beautiran railway station during the second day of a nationwide strike against French government's pensions reform plans in France, December 6, 2019.

"I was supposed to take a train to Metz (northeast France), I reserved my ticket three days ago but it's been cancelled and I've gotten no information," Rachel Pallamidessi told AFP at a deserted station in the city of Strasbourg.

Several airlines cancelled flights as air traffic controllers walked off the job, with Air France cancelling 30 percent of domestic flights and 10 percent of nearby international routes.

In Paris, nine of the capital's 16 metro lines were shut while many others were running only during rush hours, prompting commuters to turn to bicycles, electric scooters and other alternatives or to work from home.

It remains to be seen if the protests will match the magnitude of the 1995 strikes against pension overhauls when France was paralysed for three weeks from November to December, ultimately forcing the government to back down.

The walkout is the latest test of Macron's mettle after months of protests from teachers, hospital workers, police and firefighters, capping a year of social unrest triggered by the "yellow vest" protest movement.

Unions say Macron's proposal for a single pension system would force millions of people in both the public and private sectors to work well beyond the official retirement age of 62.

At least 800,000 took part in rallies around the country on Thursday, according to the interior ministry, one of the biggest demonstrations of union strength in nearly a decade.

Another day of strikes and rallies has been called for Tuesday, a day after union leaders are to meet again with government officials over the pension reform.

"There were lots of people on strike, now we need even more if we want to influence these decisions," Philippe Martinez of the hard-line CGT union told LCI television.

While most of the rallies Thursday were peaceful, police fired tear gas to disperse dozens of black-clad protesters smashing windows and throwing stones during the Paris march, with one construction trailer set on fire.

Several dozens of people were arrested, and three journalists were injured after reportedly being hit by tear gas or stun grenades, including a Turkish journalist who was struck in the face.