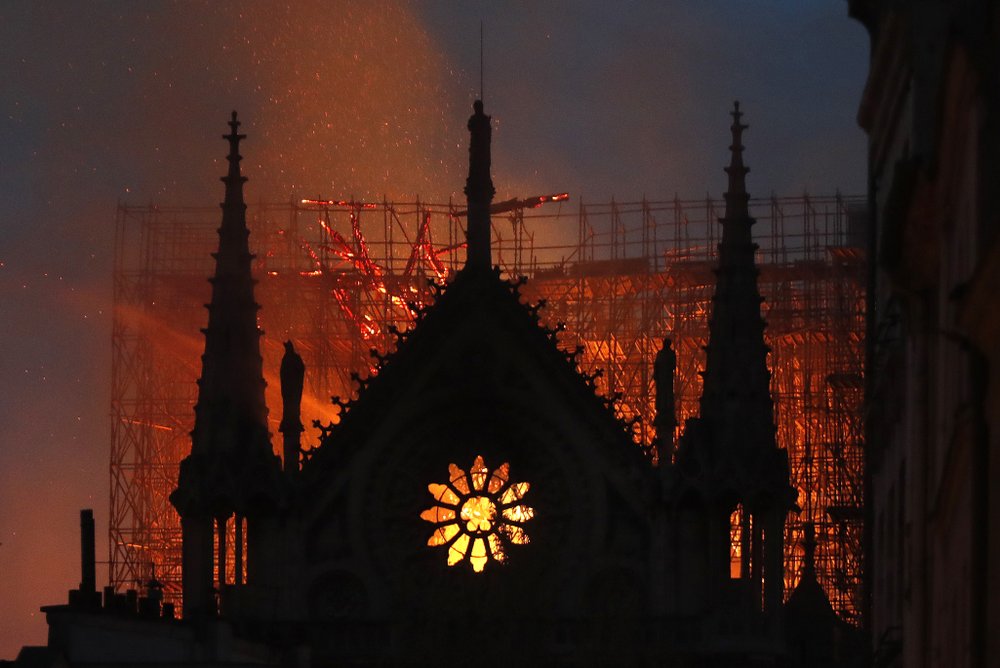 Flames and smoke rise from Notre Dame cathedral as it burns in Paris, April 15, 2019. The city of Paris has ordered a deep cleaning of schools nearest Notre Dame, whose lead roof melted away in the fire last April. (Photo: AP)

A French group has filed a lawsuit over potential public health threats from lead that was released into the environment during Notre Dame Cathedral’s devastating fire.

Hundreds of tons of toxic lead in Notre Dame’s spire and roof melted during the April fire. Exceptionally high levels of lead later were detected in the surrounding air.

Children are especially vulnerable to health problems from lead poisoning and exposure, which can cause nerve and brain damage in severe cases.

Three French charities and the country’s culture minister signed an agreement Monday ensuring transparency in how donations to rebuild the damaged cathedral are used.

An estimated 850 million euros ($946 million) have poured in from both within France and other parts of the rest of the world.

The agreement specifies that donations will be used exclusively for preservation and restoration work at Notre Dame and training experts with needed skills, the Culture Ministry said.