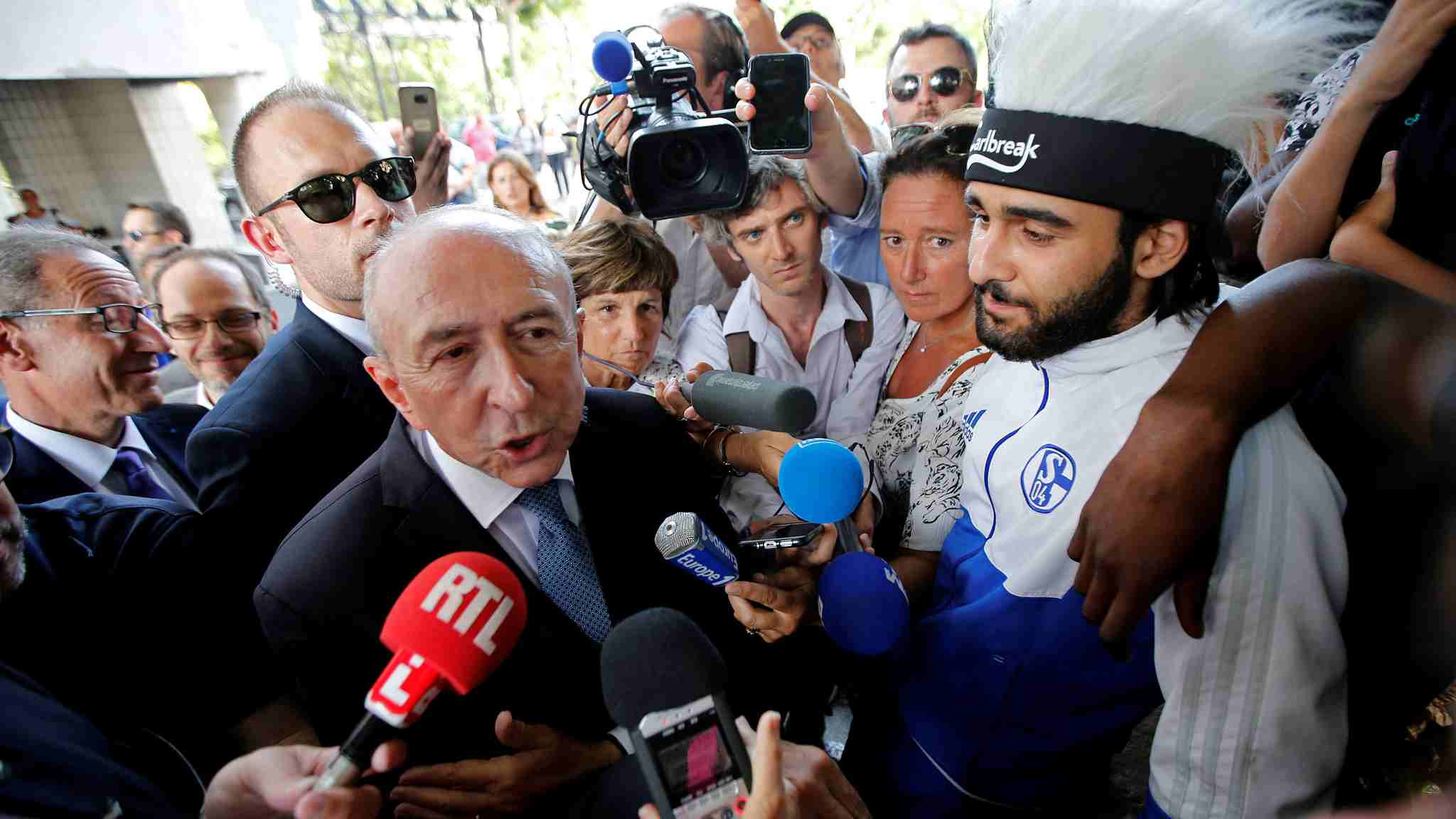 French Interior Minister Gerard Collomb will be questioned by lawmakers next week as the government faces mounting criticism of the way it disciplined President Emmanuel Macron’s top bodyguard who was filmed beating a protester on May Day.

Collomb will be questioned by members of the lower house on Monday and by the Senate on Tuesday.

Alexandre Benalla, long a fixture at Macron’s side, was taken into custody for police questioning on Friday, after an amateur video was released showing him at the May 1 protests in Paris wearing a riot helmet and police tags while off duty.

Benalla had initially been suspended for 15 days and allowed to return to work. Under pressure, the French presidency said on Friday it had decided to begin dismissal procedures.

Lawmakers have launched a parliamentary inquiry into the incident itself, the initial punishment and the failure of authorities to report Benalla promptly to the judiciary. The Paris prosecutor has also opened a preliminary investigation.

In the footage, which was released on Wednesday by Le Monde newspaper, Benalla can be seen dragging a woman away from a protest and later beating a male demonstrator. On Friday, French media released a second video which showed Benalla also manhandling the woman.

Another man who appears with him in an amateur video was also taken in custody.

Three other police officers were also suspended on Friday, including two suspected of passing footage of the events to Benalla earlier this week, and were taken into custody.