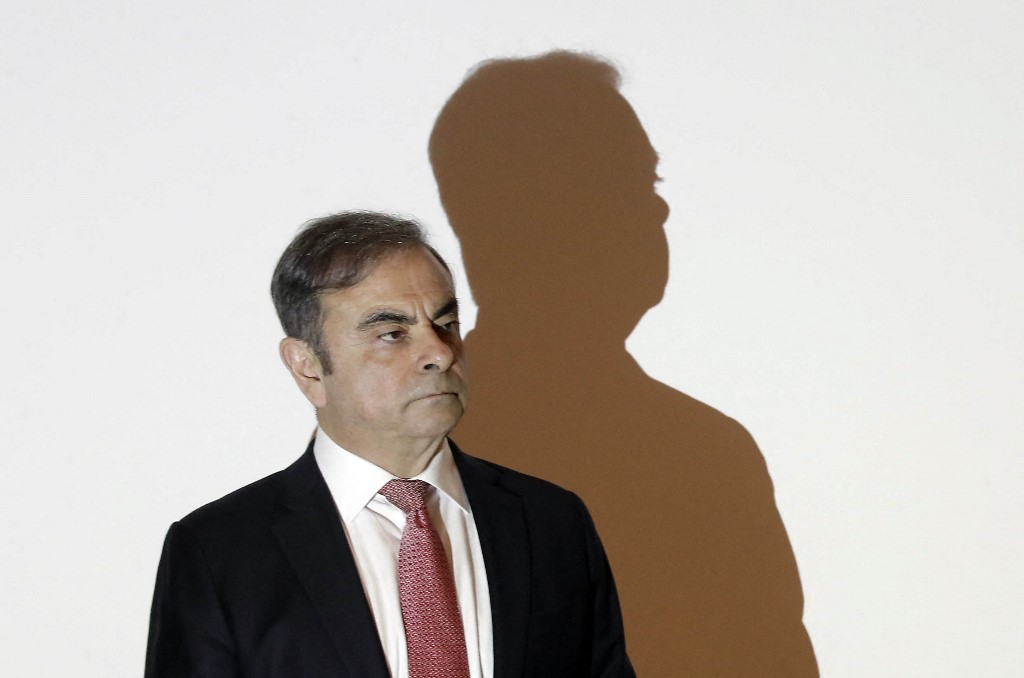 In this photo taken on January 08, 2020 Former Renault-Nissan boss Carlos Ghosn is pictured at the podium at the Lebanese Press Syndicate where he addressed a large crowd of journalists on his reasons for dodging trial in Japan, where he is accused of financial misconduct, in Beirut. (File photo: AFP)

The source told AFP that Ghosn, his defence team, a Lebanese prosecutor sitting in on the hearing and the visiting French judges entered the hall at the Court of Cassation where the interrogation over alleged fraudulent activities got under way.

The 67-year-old faces scrutiny from French investigators centring on alleged improper financial interactions with Renault-Nissan's distributor in Oman, payments by a Dutch subsidiary to consultants and parties organised at the Versailles Palace.

Ghosn -- who holds French, Lebanese and Brazilian passports -- was arrested in Japan in 2018 on suspicion of financial misconduct.

He was released on bail with a ban on leaving the country which he violated when he fled Japan purportedly hidden in an audio equipment case in late 2019.

Ghosn faces potential charges in France but fears leaving Lebanon could land him back in Japan, despite the fact that France does not extradite its citizens.

Ghosn has long maintained that he would not have been given a fair trial in Japan.

Several French judges and investigators therefore made the trip to Lebanon.

"The defence team has already identified serious procedural irregularities in the French dossiers," a statement by Ghosn's lawyers said.

"These abnormalities, which undermine the judicial process, are the result of the peculiar methods of the Japanese investigation, which is the primary source for building the French cases," the statement said.

Ghosn is being heard as a witness and would need to be in France to be formally indicted and gain access to the details of the charges he faces.