French market serves up a world record for its 50th birthday 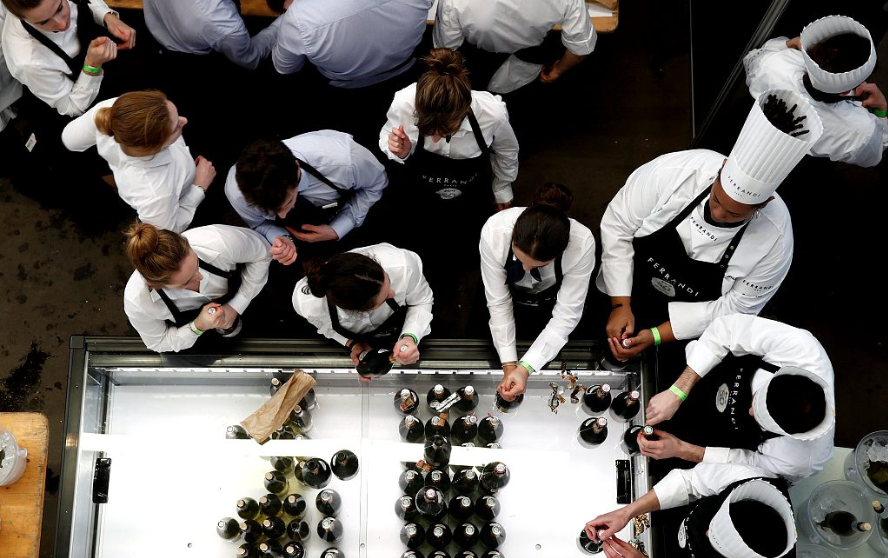 Students from the Ferrandi school prepare a meal at the Rungis International Food Market, near Paris, France, March 17, 2019. (Photo: VCG)

France's Rungis market near Paris celebrated its 50th anniversary by throwing a giant banquet of record-breaking proportions, reserving its spot in the Guinness Book of Records.

Organizers said lunch was served to nearly 2,000 people along just over 401 meters' length of the table, between the market's fruit-and-vegetable stands.

Officials from the Guinness Book of Records approved the bid, which beat the previous record of 322 meters set in 2017, on the French Indian Ocean island of Reunion.

Rungis, seven kilometers (four miles) south of Paris, replaced the old market in the heart of Paris, Les Halles when it was closed in 1969.

It is the world's biggest fresh produce market, covering 234 hectares (580 acres) and employing 12,000 wholesalers, producers, porters, restaurateurs and other workers in 1,200 separate businesses.

Many of the people who work in the market took part in the record bid.