WORLD French minister, in Cairo, affirms respect for Islam in dispute over cartoons

French minister, in Cairo, affirms respect for Islam in dispute over cartoons

The French foreign minister asserted his country's "profound respect for Islam" during a visit to Cairo on Sunday in a dispute with the Muslim world over France's defense of the publication of cartoons depicting the Prophet Mohammad. 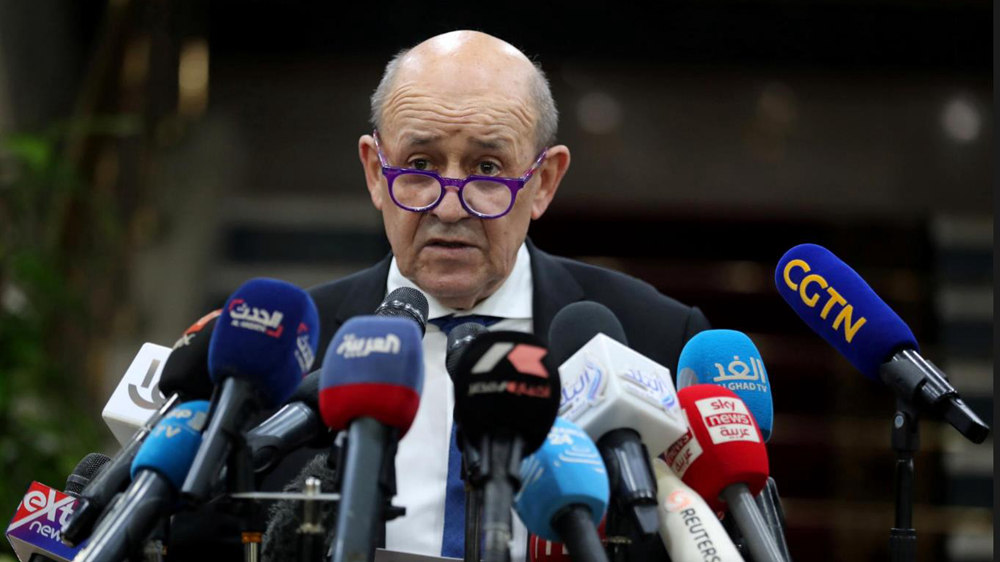 Foreign Minister Jean-Yves Le Drian's visit comes in the wake of several attacks in France apparently provoked by anger over the defense of the caricatures, considered blasphemous by Muslims, as freedom of expression.

After meeting Egyptian President Abdel-Fattah al-Sisi and Foreign Minister Sameh Shoukry, Le Drian said an "anti-French" campaign in the Muslim world had often been the result of a distortion of French President Emmanuel Macron's comments on the issue.

"We have a first principle which is the highest respect for Islam," said Le Drian, adding "I also want to say that Muslims are fully part of society in France."

"The second message is that we're confronted by a terrorism threat, fanaticism, on our soil but also elsewhere, and this battle is a common battle." Le Drian said he had a long exchange marked by "great frankness" with Sheikh Ahmed al-Tayeb, who heads al-Azhar, Cairo's thousand-year-old seat of Sunni Muslim learning.

The only battle France was fighting with Egypt and other countries was against extremism, Le Drian said.

In a written statement about the meeting, Tayeb said he had stressed that any insult against the prophet was unacceptable.

"I am the first to protest against freedom of expression if this freedom offends any religion, not just Islam," he said.

"We refuse to describe terrorism as Islamic," he added. "Al-Azhar represents the voice of nearly two billion Muslims, and I said that terrorists do not represent us, and we are not responsible for their actions."

(With input from Reuters )