Novak Djokovic’s French Open quarterfinal against Matteo Berrettini was delayed for about 22 minutes Wednesday night while thousands of spectators were cleared out of the stadium court because of an 11 p.m. coronavirus curfew.

Pandemic-related restrictions were loosened to allow 5,000 inside on Court Philippe-Chatrier rather than the 1,000 for the previous matches, and it was quite an atmosphere until the rule was imposed. 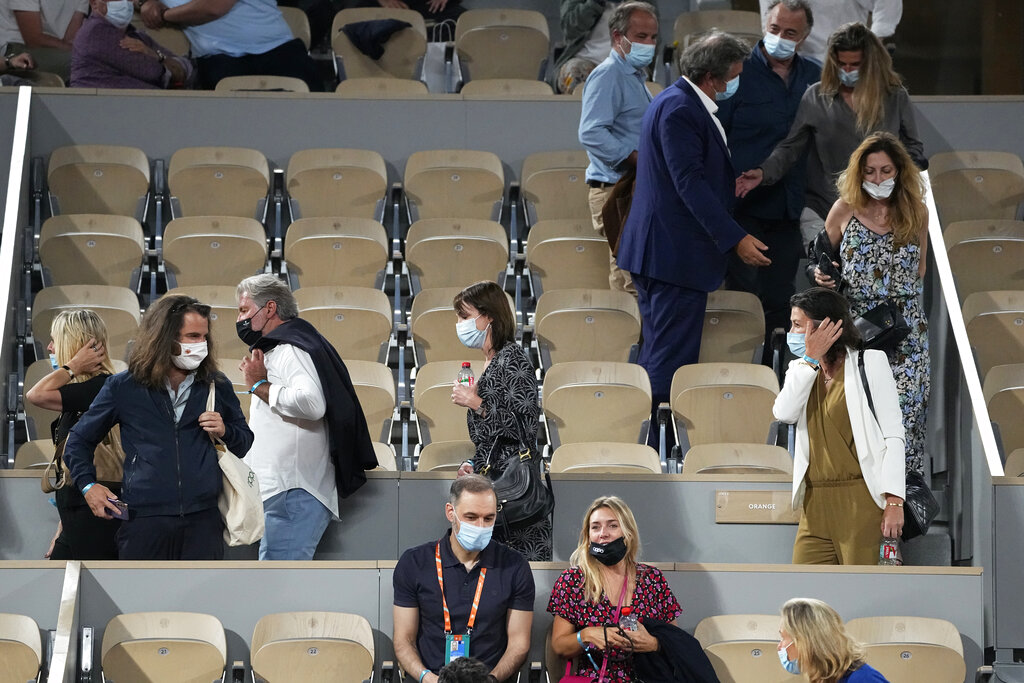 Spectators leave to respect the 11PM curfew due to the COVID-19 pandemic while Italy's Matteo Berrettini plays Serbia's Novak Djokovic in a quarterfinal match of the French Open tennis tournament at the Roland Garros stadium Wednesday, June 9, 2021 in Paris. (Photo: AP)

“The conditions were strange with the fans here and then the atmosphere was a bit different (afterward)," Djokovic said after winning 6-3, 6-2, 6-7 (5), 7-5 to reach his 40th Grand Slam semifinal. “You have to find a different motivation because the energy from the fans is special.”

Some disappointed fans jeered and even sang “We've paid, we'll stay” as they refused to leave at 10:45 p.m. as curfew approached.

Shortly before 10:55 p.m., both players packed their bags and walked off while fans shouted out in frustration. The top-ranked Djokovic was up 2-1 in sets and leading 3-2 in the fourth when play was halted.

Berrettini waved to the crowd as they chanted his name shortly before the players departed. The big-hitting Italian said he felt for them. He also felt some sting was taken out of his game.

“I think it’s a shame, it’s something that I didn’t like. But it’s bigger than us, it’s not that you can do something about,” the ninth-seeded Berrettini said of the curfew. “I was feeling the momentum. I was playing good. Stopping wasn’t the best thing for my tennis, but I had to take it.”

Fans really didn't take it well, however, and they certainly let it be known.

Within a few minutes the main stadium was almost completely empty, although two angry fans continued to argue they had a right to stay until security officials finally ushered them away at 11:10 p.m.

“It’s unfortunate for the tournament, for the crowd, to have that curfew. But we knew it before the match,” Djokovic said. “Referee came up to us and said (that) ‘if it comes close to 11:00, we’ll have to empty the stadium.’ That’s what happened.”

Moments later, both players came back out to warm up amid a cathedral-like silence as the sound of ball hitting racket replaced the sometimes raucous atmosphere. After being away from live sports for so long, an appreciative crowd seemed to be in the mood for entertainment.

“I thought the atmosphere was (like the) Davis Cup,” Djokovic said. “A lot of fans involved, every single point cheering, screaming. Just (an) electric atmosphere out there.”

That unbridled enthusiasm starting to turn sour at 10:30 p.m. when chair umpire James Keothavong was roundly jeered for reminding the fans they had to leave at 10:45 p.m.

Most did not, but at just after 11:15 p.m. the players had resumed their match. 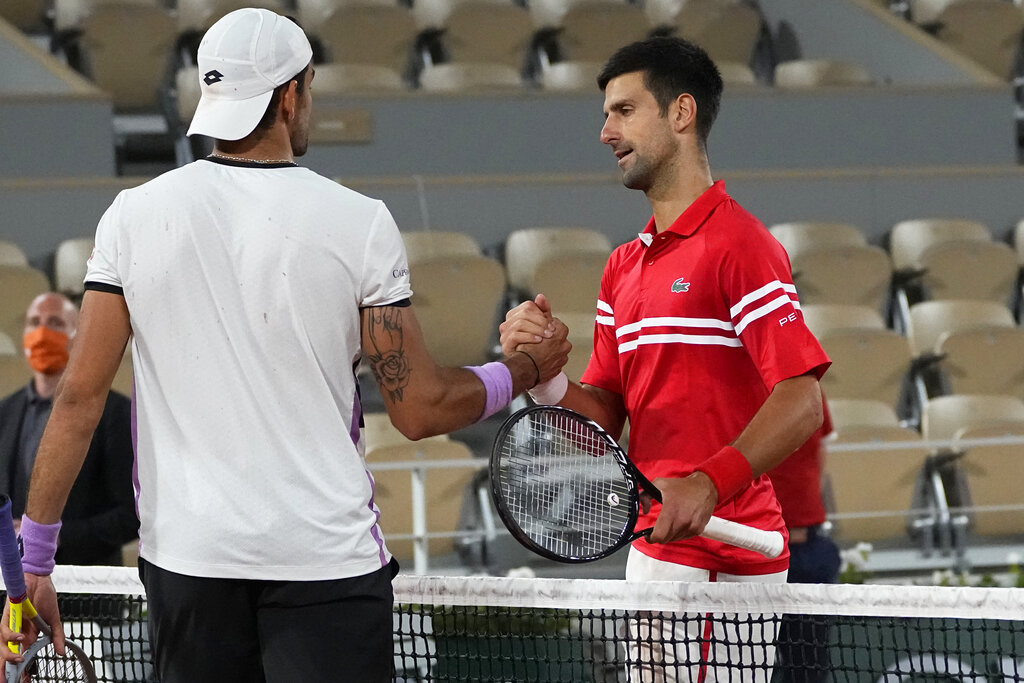 The top-ranked Djokovic experienced something similar during the Australian Open in February, when fans needed to be ushered out of the main show court during his victory over Taylor Fritz because of coronavirus restrictions in Melbourne.

Unlike the crowd, Djokovic appreciated the brief rest this time.

“I didn’t mind actually leaving the court,” he said. “I felt like I needed a little bit of a break and reset.”