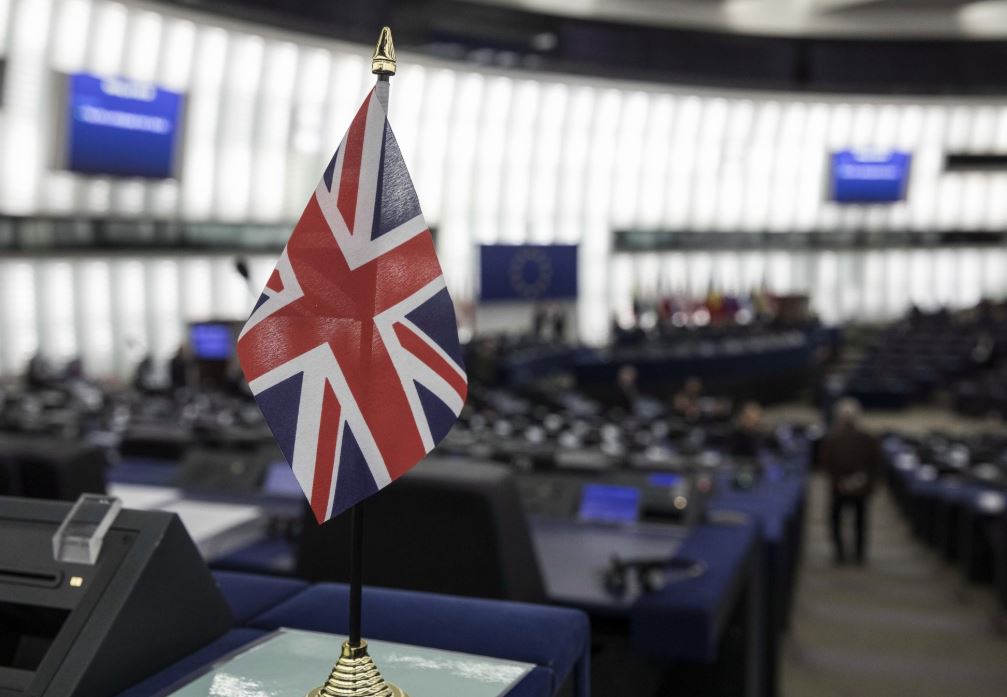 A British flag is pictured at the European Parliament during a debate on Brexit, Wednesday, Jan.16, 2019 in Strasbourg. (Photo: AP)

France’s parliament has adopted a law allowing for emergency measures to deal with Britain’s March 29 exit from the EU.

The National Assembly voted Wednesday on the final reading of a special law drafted to handle a “no-deal” Brexit.

The law includes things like extra customs officers after Brexit day, and a temporary rule allowing Britons employed in France to keep their jobs after March 29 even though they will no longer be EU citizens.

European Affairs Minister Nathalie Loiseau called for calm, but stressed the importance of having a contingency plan. Supporters argued the French law was especially necessary after the British Parliament on Tuesday overwhelmingly rejected a divorce deal negotiated between the UK government and the EU.

That deal had laid out ways to smooth over the transition. Without a deal, it’s unclear how both sides will handle cross-border trade, finance and travel when Britain leaves.

Franck Toulliou, the second-in-command of France’s Air and Frontier Police, said French authorities will continue monitoring freight trucks that migrants try to hop in Calais before the vehicles enter the tunnel that leads to England.

French maritime authorities are also cracking down on boats carrying migrants, which the area has seen a recent spike in.

In an interview with The Associated Press on Wednesday Toulliou warned that Brexit will affect travelers with British passports seeking to enter France since they will no longer be EU residents.

He spoke after British lawmakers rejected a divorce deal laying out rules for Britain’s transition out of the EU.