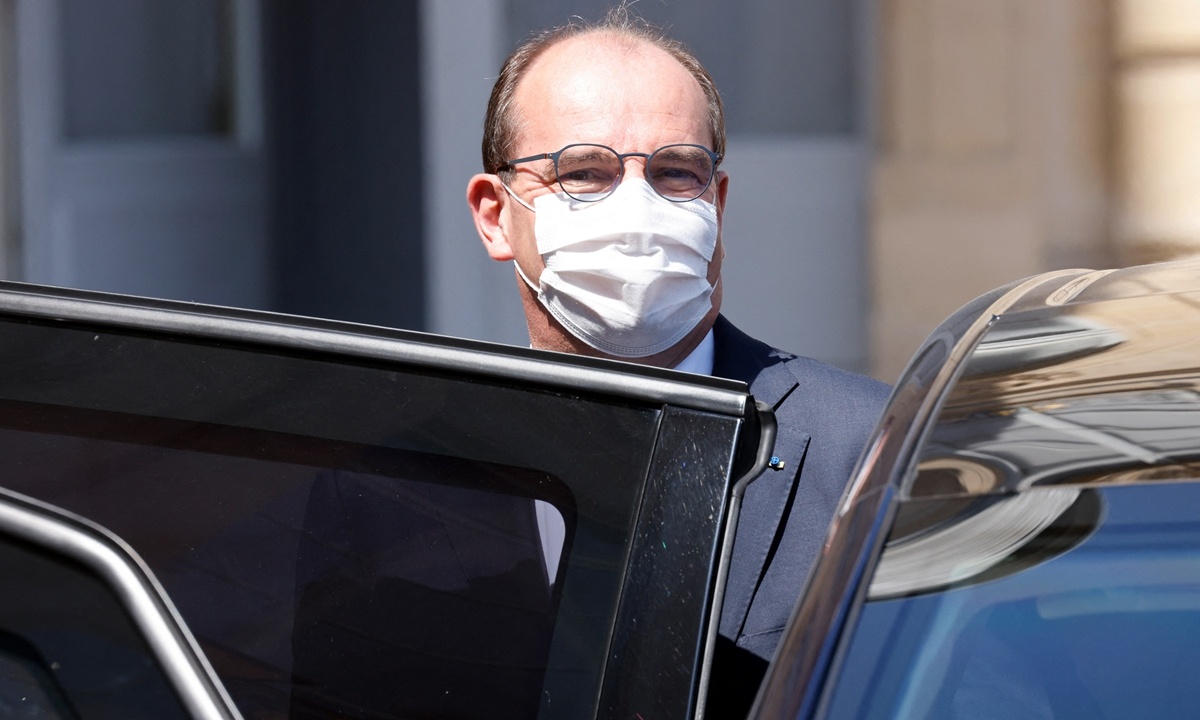 French Prime Minister Jean Castex is placing himself under seven days' isolation after his wife tested positive for coronavirus, his office announced Wednesday.

Castex has received a first AstraZeneca vaccination against COVID-19 and had a negative test in the evening, the prime minister's office said.

"Nevertheless, as a contact case, he is in solitary confinement for seven days, in accordance with health rules," it added.

Earlier Wednesday, the prime minister met members of the public while carrying out his prime ministerial duties on a day that France further relaxed its COVID-19 restrictions, with people enjoying indoor dining and gyms for the first time in months.

The prime minister visited a market and a sports hall in a Paris suburb before having lunch with Economy Minister Bruno Le Maire.

He also took part in the first almost-complete ministerial meeting since October.

The reopenings come as France sees a drop off in COVID-19 cases after a difficult winter.

The government is on course to reach its target of 30 million people with at least one dose of the COVID-19 vaccine by Tuesday.

Castex goes into isolation for the third time in under a year, after coming into contact with Tour de France race director Christian Prudhomme in September and President Emmanuel Macron in December, both of whom had contracted the virus.

However, the prime minister has never tested positive for coronavirus.

He is also due soon to receive his second dose of the vaccine.