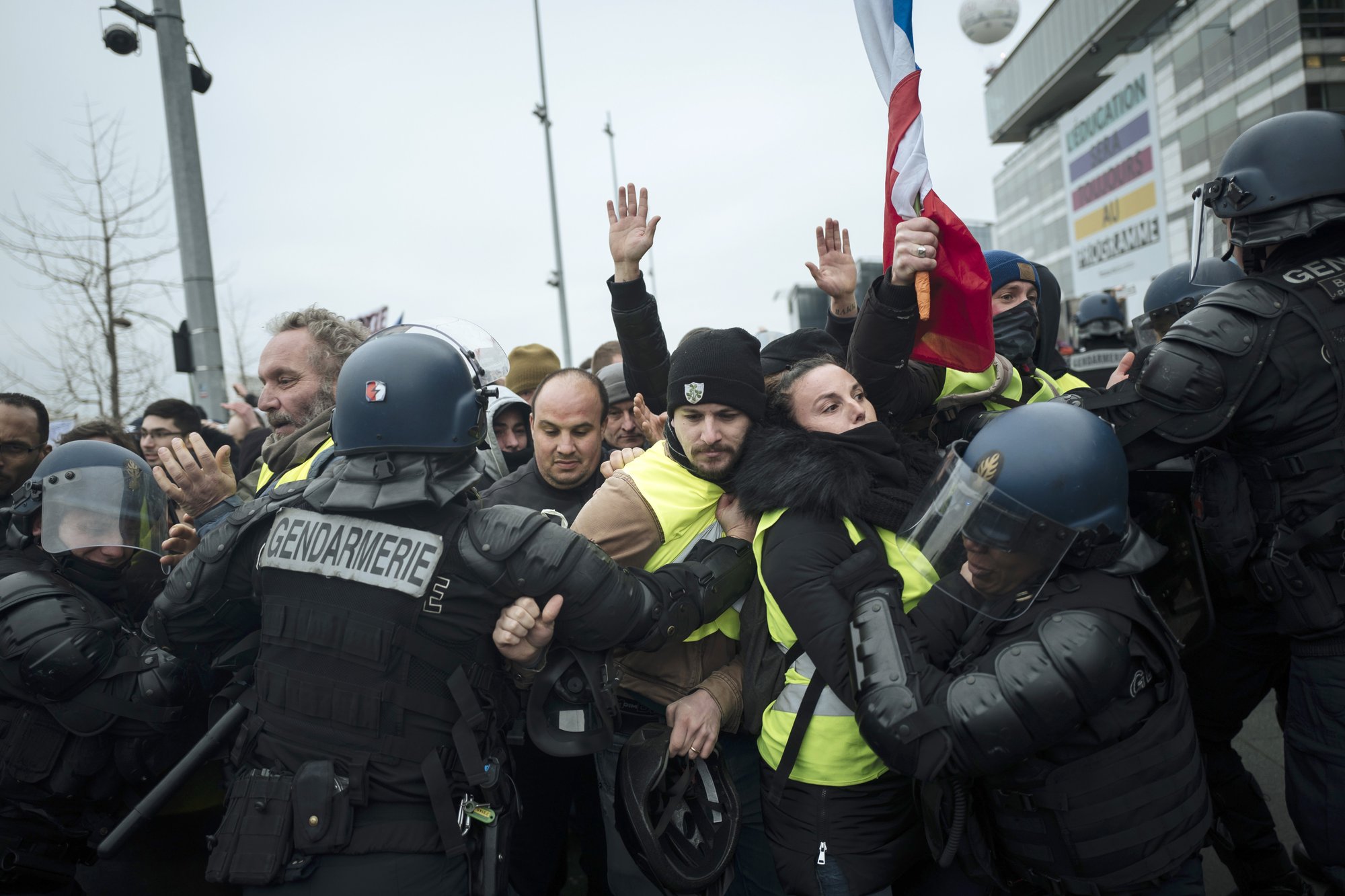 France's prime minister will present plans on Monday to crack down on rioters, his office said, after a new round of violence linked to the yellow vest protest movement.

Rioters ransacked stores and restaurants while lighting fires along Paris' Champs Elysees avenue on Saturday as they clashed with police.

Cutting short a weekend ski trip, President Emmanuel Macron returned to Paris late on Saturday for a crisis meeting with ministers at which he ordered decisions to be taken rapidly "so this doesn't happen again."

"Drawing conclusions from these shortcomings, the prime minister will present the president tomorrow with measures necessary to adapt the security forces stance so they can act with firmness at any time," it said in a statement.

Cleaners swept up broken glass, while shop owners boarded up smashed windows on Sunday after the worst unrest in central Paris since violence peaked before Christmas in a weekly series of protests.

Vandals left hardly a storefront or cafe unscathed on Saturday, breaking windows and looting luxury stores as they clashed with riot police.

"I'm not a tourist but if I were, I would be quite surprised if I arrived in Paris to find the Champs Elysees in such condition," said a pensioner.

"We've got to be able to stop these people, I don't know how, but that's what we've asked the prime minister," said Jean-Noel Rheinhardt, who heads a committee representing businesses on the Champs Elysees.