French PM suggests that kids be taken out of school early

The French prime minister has suggested that parents concerned about the welfare of vulnerable relatives take their children out of school from Thursday, to begin an eight-day period of protective confinement before Christmas family gatherings. 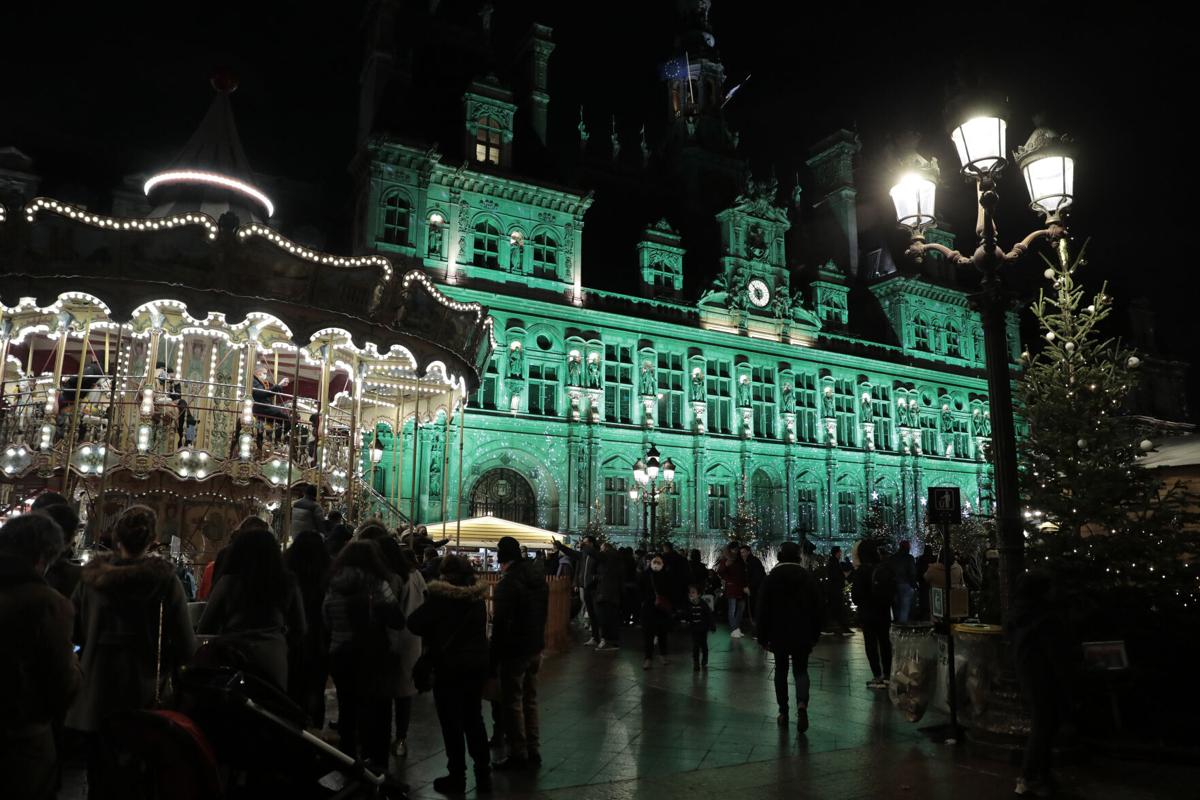 In this Dec.12 2020 file photo, people wait by a carousel set up for Christmas while the Paris town hall gets green lightings to celebrate the fifth anniversary of the international pact aimed at curbing global warming. (Photo: AP)

Jean Castex's comments were made briefly on Europe-1 radio Tuesday morning, but they have already set off a wave of nationwide plan-changing and lengthy discussions over breakfast croissants on the risks of the holiday season.

"My step-daughter Soizic was coming over for a Christmas evening this week, but after the prime minister’s comments she will now be going into isolation from Thursday, to be able to see her 85-year-old grandmother in Nice,” said Paris resident Eve Jackson.

“She now won’t see her father over the holidays. The pandemic is forcing us to make hard choices about who to see, or who to protect.”

Jackson said that 10-year-old Soizic's two half-siblings will be “disappointed” not to see their half-sister, and the new arrangement has upended plans. Soizic's mother is able to work from home, enabling her to be taken out of school.

Others find themselves in a different situation.

Brittany resident Fabien Fournier, 43, said that he and his wife are not able to work from home to look after their 6-year-old daughter Lola.

“It's a good thing if families can self-isolate, but there's already been so much disruption this year with school, it sounds like a nightmare for parents who can't work remotely,” he said.

From spring this year, owing to the pandemic, French schools were shuttered for several weeks or months, depending on the age group. Even after re-opening, dozens around the country were temporarily shut again following COVID-19 outbreaks.

The government chief said that in order to protect the elderly and vulnerable the approach of self-confinement is being encouraged, rather than automated virus testing, which will clog up health clinics and pharmacies.

But Fournier suggested that confinement is a luxury some could not afford.

“Childcare is difficult to find, and expensive. For people who do not have childcare solutions, automated tests would seem to be the best option.”

France on Tuesday is lifting a lockdown imposed on Oct. 28, but strict measures are still in place as infections are still high. There will be a nationwide curfew from 8 p.m. to 6 a.m., which will be lifted on Christmas Eve but not on New Year’s Eve. Theaters and cinemas will remain shut, as will bars and restaurants.