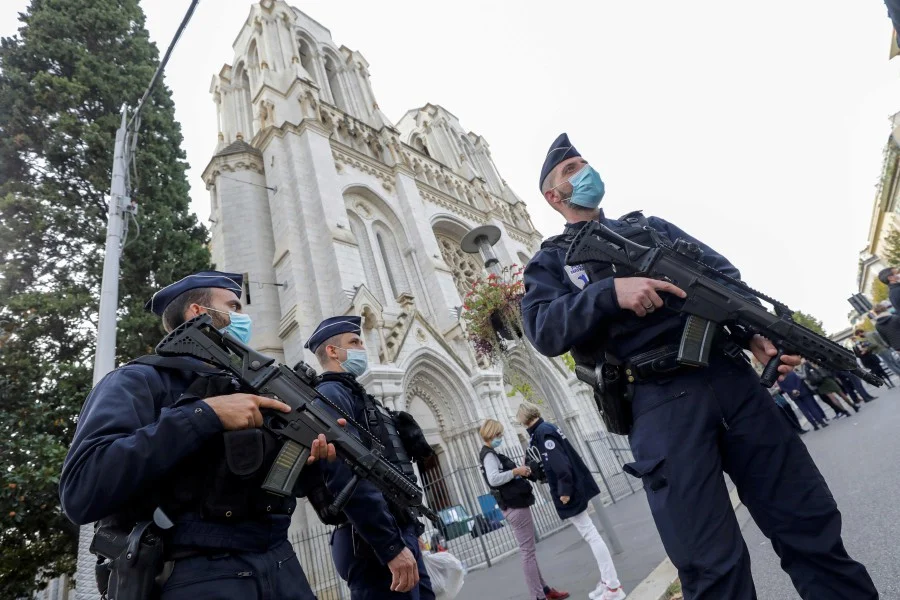 Police officers stand guard by the Notre-Dame de l'Assomption Basilica in Nice on Oct 29 after a knife-wielding man kills three people at the church, in what officials are treating as the latest jihadist attack to rock the country. (Photo: AFP)

The suspect was dressed in traditional Afghan clothes and holding a knife when he boarded a tram and wanted to take action.

The police are investigating the motive of the man. AFP reported that the man had already been flagged by French intelligence services. The location where the man appeared was sensitive. In May 2019, an Algerian terrorist loyal to the Islamic State set off a bomb and injured 14 people.

The arrest came after a terrorist attack occurred in the French city of Nice. A man killed three and wounded several people with a knife at the city’s Notre-Dame basilica.