Police in southwest France on Monday detained a former soldier who fled into a forest after firing on security forces in an incident that sparked a massive manhunt, officials said. 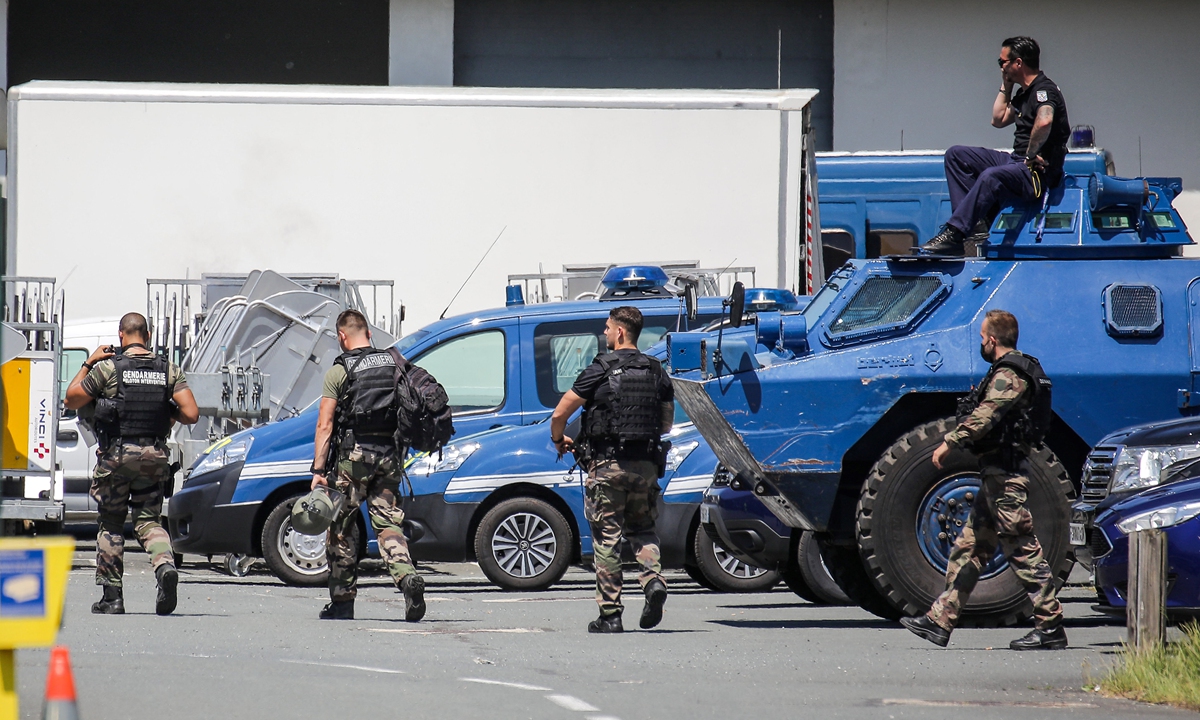 The government's top official in the Dordogne region, Frederic Perissat, told a press conference in Le Lardin-Saint-Lazare that the suspect was shot and wounded, and had been taken into custody.

His injuries are "serious," said Andre Petillot, head of the gendarme police for the Nouvelle-Aquitaine region, who added that no officers had been wounded.

Authorities had released earlier Monday a picture of the suspect, Terry Dupin, describing the bearded 29-year-old as a "dangerous individual."

He was hiding out in a forest outside the village of Le Lardin-Saint-Lazare, whose 1,800 residents had been ordered to stay indoors during the search.

Elite tactical units and around 300 gendarmes backed up by armored vehicles, helicopters, and sniffer dogs had surrounded a four-square-kilometer patch of dense and rocky woods.

The search began after Dupin showed up at his ex-partner's home at around midnight on Saturday, police sources said, despite a restraining order following four previous domestic violence convictions, the most recent in February.

Wearing an ankle bracelet, he allegedly struck the woman and then fired a 30-30 Winchester hunting rifle at her new boyfriend, without hitting him.

He was sentenced to 16 months in prison for the most recent domestic violence conviction, of which eight were suspended, but in May a court reduced the sentence to an obligation to wear an electronic bracelet.