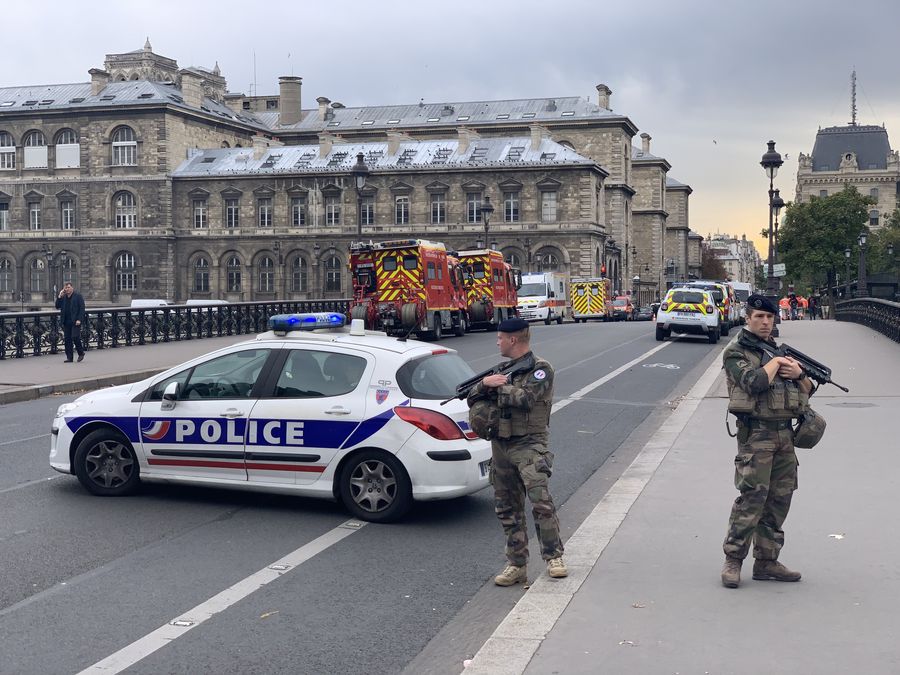 Soldiers were standing guard near the site of a knife attack in Paris, France, on Oct. 3, 2019. (Photo: Xinhua)

PARIS, April 15 (Xinhua) -- A man who attacked police with a knife in Seine-Saint-Denis, northern suburb of Paris, on Wednesday afternoon has been shot dead by the police, reported French media quoting police sources.

The man, with a long knife, threatened and threw himself on police officers who were patrolling on bicycle. The police officers fired several times. An investigation is underway, according to the media.