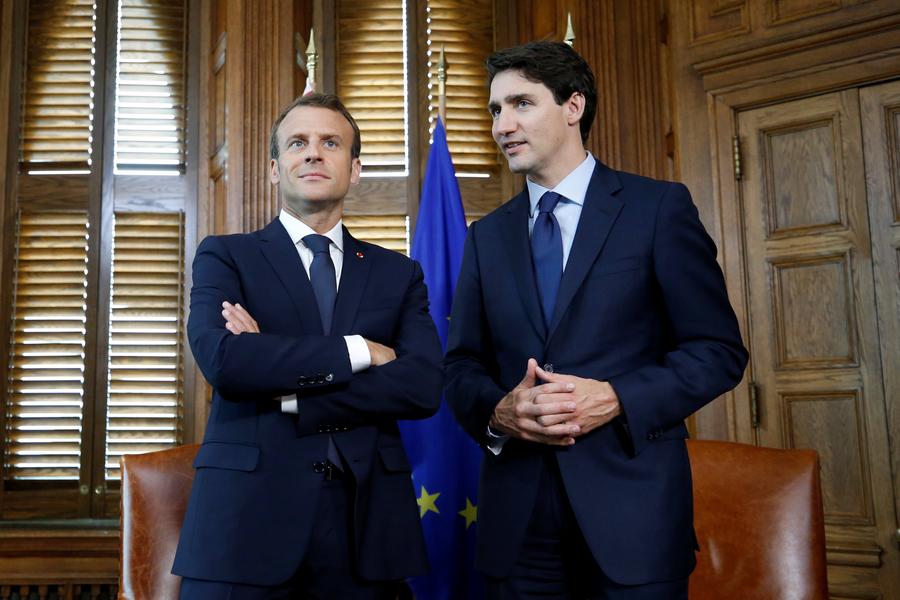 Trudeau greeted Macron by welcoming him for his first visit to Canada as French president, saying France is a great friend and partner of Canada on the international scene and they will make the forthcoming summit a success.

Macron said the summit comes at a critical moment and is an opportunity for cooperation on economy, climate change and geo-political concerns.

France is Canada's ninth-largest trading partner globally and the fourth-largest export market in the European Union.

Canada assumed group of seven presidency on Jan 1, 2018, and will host summit in the Charlevoix region of Quebec province on June 8 and 9.