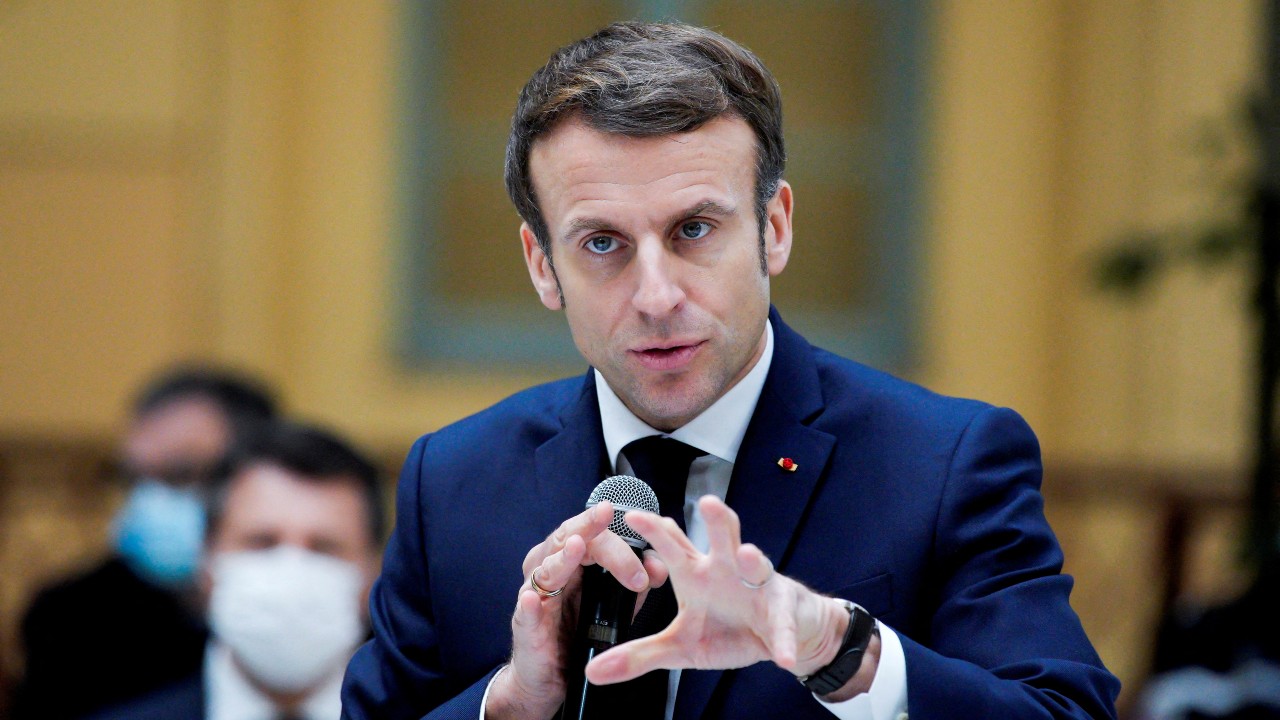 The president is under political pressure to make sure the lighting – and heating – stays on. /Daniel Cole/Reuters

With the threat of icy weather on its way, the French government is to test a plan to deal with the looming energy crisis as fears grow of nationwide power cuts. President Emmanuel Macron has said it would be "absurd" to think that power blackouts will cripple infrastructure in France.

But in homes and factories around France, all eyes are on the thermometer as the country braces itself for the possibility of two hour-long rolling electricity blackouts.

Despite importing electricity from all its principal neighbors to plug the energy gap, energy experts here believe there is a real danger that the grid will not be able to meet increased demand in the event of a prolonged cold snap.

In a major national awareness campaign, householders have been advised to curb their energy consumption. Among the suggestions are to reduce heating to 19 degrees Celsius, turn off unused appliances, and switch off lights. The authorities hope that will cut demand by 10 percent at peak times.

A special app and website called Ecowatt has been set up to warn consumers in advance if they will be subject to a power cut. But the authorities have promised to protect power supplies to essential services like hospitals, police and fire stations – leaving an estimated 60 percent of the population at risk. President Macron this week warned his fellow citizens not to panic.

Speaking at a recent EU summit, he said: "This debate is absurd. The role of the public authorities is not to spread fear nor to govern by fear. The role of the government, of ministers, is to do their job and provide energy. That's it. As for what's next, it's for everyone to save energy and not to scare people with the kind of absurd scenarios I've heard recently."

But the former leader of the France's far-right National Rally party Marine le Pen said the threat of power cuts was a sign of the country going backwards.

"Power cuts in France are still the demonstration of the extraordinary decline of our country," she said. "This decline that everyone sees, that everyone suffers, of which the vast majority of French people complain."

President Macron has staked a lot of his political credibility on the ability of the French energy sector to keep the lights on and keep people warm over the coming weeks. But like the rest of Europe the success of the government's plans will be at the mercy of the weather. November was exceptionally mild but cold weather on its way will test the French energy infrastructure to the limit.

Industry has been badly affected by the energy shortage and soaring costs following the conflict in Ukraine and the European decision to limit gas and oil supplies from Russia. It has forced some energy intensive industries, including glass maker Duralex, to scale back production. Others have shut down altogether while offices have been urged to turn off unnecessary lights and advertising.

At the heart of the problem is France's ageing fleet of 56 nuclear reactors, which would normally meet nearly 70 percent of national demand – the highest proportion in Europe. Nearly half the plants, which are on average 37 years old, are undergoing routine or emergency maintenance because of corrosion.

On a more positive note, EDF – which runs the nuclear civil nuclear industry – has said five more reactors will be back on line within a week. The rest will be down to the weather.