French President Emmanuel Macron has called an urgent national security meeting for Thursday to discuss the Israeli-made Pegasus spyware after reports about its use in France emerged this week, a government spokesman said. 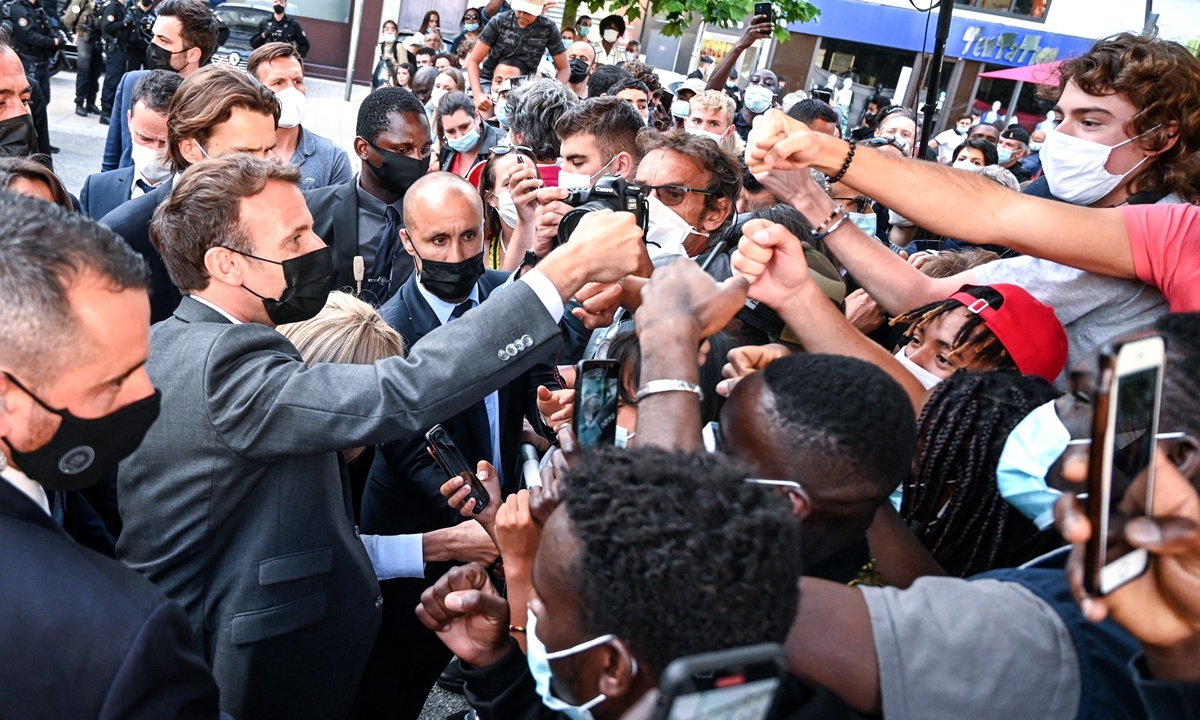 French President Emmanuel Macron (left) interacts with members of a crowd while visiting Valence on Tuesday during a visit in the French southeastern department of Drome, the second stage of a nationwide tour ahead of 2022's presidential election. (Photo: AFP)

"The president is following this subject closely and takes it very seriously," Gabriel Attal told France Inter radio, adding that the unscheduled national security meeting would be "dedicated to the Pegasus issue and the question of cybersecurity."

A consortium of media companies, including the Washington Post, the Guardian and France's Le Monde, reported on Tuesday that one of Macron's phone numbers and those of many cabinet ministers were on a leaked list of potential Pegasus targets.

The newspapers said they had been unable to confirm whether an attempted or successful hacking had taken place without forensically analysing the president's phone.

Evidence of an attempted hacking was found on the device of former environment minister and close Macron ally Francois de Rugy, with the attempt allegedly originating in Morocco. De Rugy demanded on Tuesday that Morocco provide "explanations to France, to the French government and individuals like me, who was a member of the French government when there was an attempt to hack and access the data on my mobile phone."

The NSO Group has denied that Macron was among the targets of its clients.

We can "specifically come out and say for sure that the president of France, Macron, was not a target," Chaim Gelfand, chief compliance officer at NSO Group, told Israeli television network i24 on Wednesday. A source close to Macron played down the risk to him, saying Wednesday that the 43-year-old leader had several phones which were "regularly changed, updated and secured."

Speaking to AFP on condition of anonymity, the source said that his security settings were "the tightest possible."

Morocco has denied the claims, saying it "never acquired computer software to infiltrate communication devices." The joint media investigation into Pegasus identified at least 180 journalists in 20 countries who were selected for potential targeting between 2016 and June 2021.