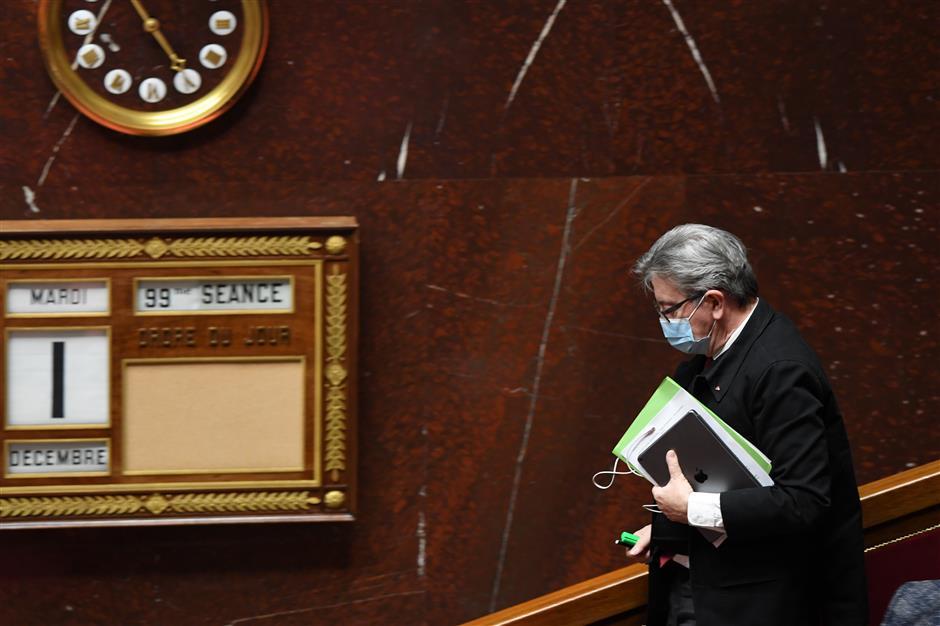 La France Insoumise parliamentary group’s president Jean-Luc Melenchon attends a session of questions to the government at the National Assembly in Paris on Tuesday./AP

Lawmakers from French President Emmanuel Macron’s party will rewrite the most criticized article of a proposed security law, involving a measure aimed at banning the publication of images of police officers with intent to cause them harm.

The move comes after tens of thousands of protesters marched on Saturday in Paris and across the country to reject the draft law.

In an apparent effort to quell criticism, the head of Macron’s party at the National Assembly, Christophe Castaner, said on Monday “there is a need to clarify the measure.”

“We are going to propose a new, complete rewrite of the article 24.”

The current article would criminalize the publishing of images of police with the intent of harming their “physical or psychological integrity,” punishable by up to a year in jail and a fine of 45,000 euros (US$53,000).

The government said the measure is needed to better protect police officers from online calls from violence.