French train strikes resume as unions square off with Macron 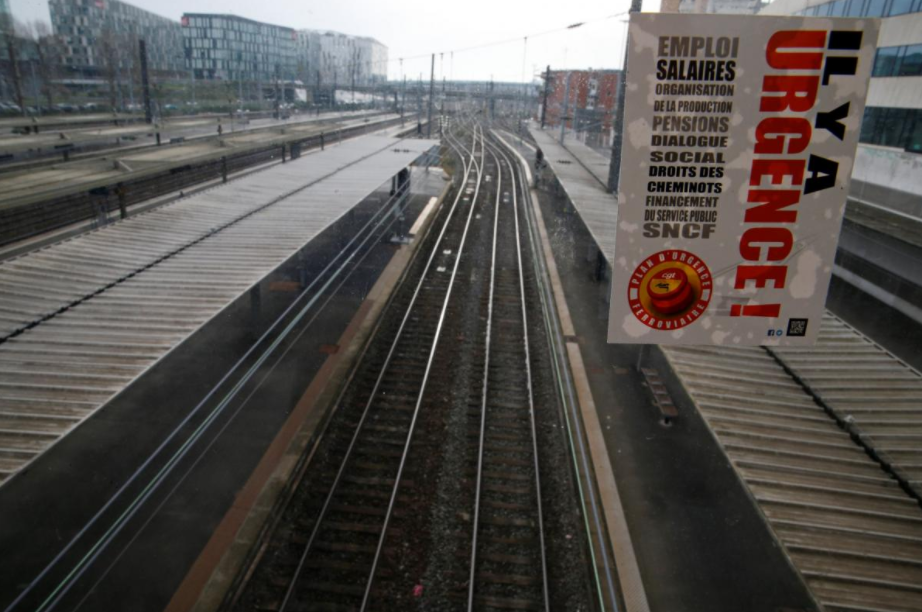 Travelers grappled with another crippling wave of transport strikes in France on Sunday, as train workers protested President Emmanuel Macron’s economic reforms and a stand-off between the government and rail unions hardened.

Train staff last week began three months of nationwide rolling strikes in a dispute over the government’s planned overhaul of state-run railway SNCF, in the biggest challenge yet to Macron’s attempts to modernize the French economy.

Talks between workers and ministers have so far hit a wall. Some unions are stiffening their resistance, while the government has dug in its heels on the main aspects of its reform, which include the end of job-for-life guarantees for rail staff.

“The status quo is not viable,” Prime Minister Edouard Philippe said in an interview published in the newspaper Le Parisien on Sunday. “It’s urgent, we need to advance, and everyone should know we are determined to see this through to the end.”

Officials at the Communist-rooted CGT union said on Friday strikes could drag on well beyond June if nothing shifted, adding train workers were ready for a “marathon”.

The SNCF forecast that 43 percent of workers needed to make the train network run smoothly would walk out on Monday as stoppages continue, affecting local trains as well as regional lines and some international journeys.

That marked a slight a dip in participation compared with 48 percent in the last 48 hours of walkouts on Tuesday and Wednesday last week. 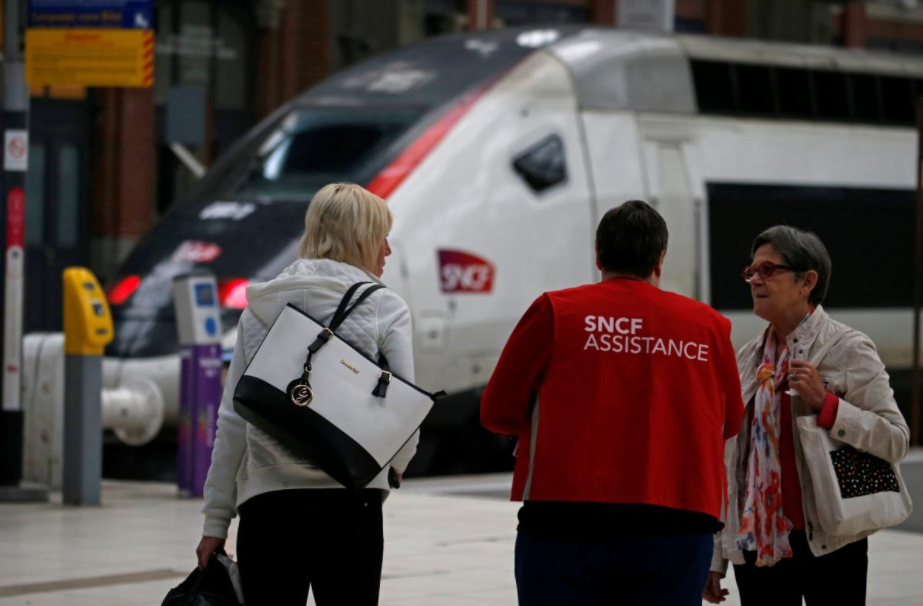 Strikes have been called for two days out of every five until the end of June, and the shutdown is already causing havoc for commuters and holiday-makers at the start of mid-term school vacations in France.

“This endangers me professionally,” said Olivier Coldefy, a court psychologist who works in French Guiana, whose travel plans fell through because of the train chaos.

“I have work days that I’ve committed to that I can’t honor,” Coldefy added on Sunday morning at Montparnasse train station in Paris, where groups of tourists were scrambling to re-book trains after realizing theirs had been canceled.

The showdown is one of the toughest challenges yet of Macron’s presidency, as well as a test for unions seeking to show they still have clout.

Macron came to power last May on a promise to shake up Europe’s second-biggest economy, in a bid to modernize some of France’s creaking institutions and spur jobs growth. He has so far faced down unions to liberalize labor regulations.

The shake-up of SNCF, which also includes ending early retirement for rail workers, comes before the monopoly is opened to competition in line with European Union rules.

The government argues the overhaul will help transform the heavily indebted company into a profitable public service, but workers have hit back with complaints the SNCF was being dismantled to pave the way for privatization.

Unions have also accused the government of refusing to budge an inch. Officials at the more reform-minded CFDT union said on Sunday they did not want a drawn-out conflict but that their proposed amendments to the shake-up had fallen on deaf ears.

The SNCF reform has drawn public support so far, and 56 percent of French people thought the train stoppages were unjustified, according to an Ifop poll published on Sunday in the Journal du Dimanche. But discontent is also brewing in other sectors.

Students have disrupted several universities across France in protest at a planned new selection system in higher education. Garbage collectors and other public workers have also held demonstrations.

Though nowhere near as potent, the various protests come as France prepares to mark the 50th anniversary of the student-led riots of May 1968, which gridlocked the country and led to the adoption of more progressive social policies.