Holidaymakers in France face delays or disruption of their travel plans on the French rail network due to the ongoing public transport strikes over proposed pension reform. 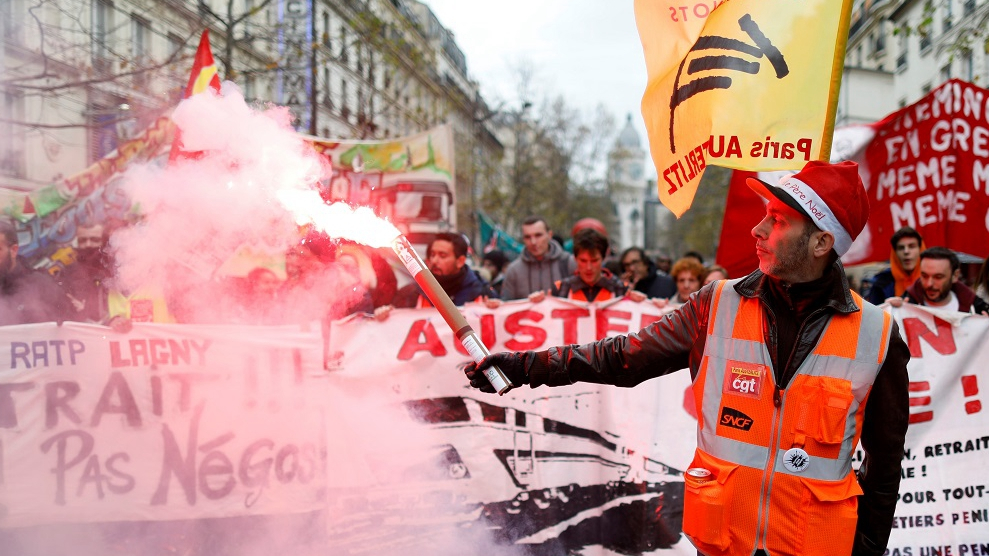 Hopes of a holiday truce were dashed after talks between the government and union leaders on Thursday failed to ease the standoff and the strikes show no signs of letting up, with train operator SNCF warning the traffic would be "severely disrupted" over the festive period.

SNCF said its aim to allow 850,000 ticket holders to travel this weekend was being upheld, but only half of its usual services were running.

"I'm upset, this strike is unbearable. The government must do something," said Jeffrey Nwutu Ebube, who was in the northern port town of Le Havre trying to find a way back home in the southern city of Toulouse, some 850 kilometers away.

Many stranded travelers have turned to car rental agencies or sharing platforms since the strike began on December 5, but the last-minute surge in demand meant vehicles were hard to come by. "We tried other ways, BlaBlaCar, etc, but everything is full, everything is taken," said Jerome Pelletier, a manager in the textile industry.

President Emmanuel Macron wants to forge the country's 42 separate pension regimes into a single points-based system which the government says will be fairer and more transparent.

It would end schemes that offer early retirement and other advantages to mainly public sector workers, not least train drivers who can retire as early as 52.

While some unions support a single system, almost all reject a new "pivot age" of 64 – beyond the legal retirement age of 62 – which workers would have to reach to get a full pension.

Strikers are hoping for a repeat of 1995, when the government backed down on pension reform after three weeks of metro and rail stoppages just before Christmas.

Prime Minister Edouard Philippe said Thursday that talks had made progress and called on unions to lift the strike "so that millions of French can join their families for the end of this year."

Although the moderate UNSA union agreed, the hardline CGT and Force Ouvrier unions said they would not let up.

The protest is also taking a heavy toll on businesses, especially retail during one of the busiest periods of the year, with industry associations reporting turnover declines of 30 to 60 percent from a year earlier.