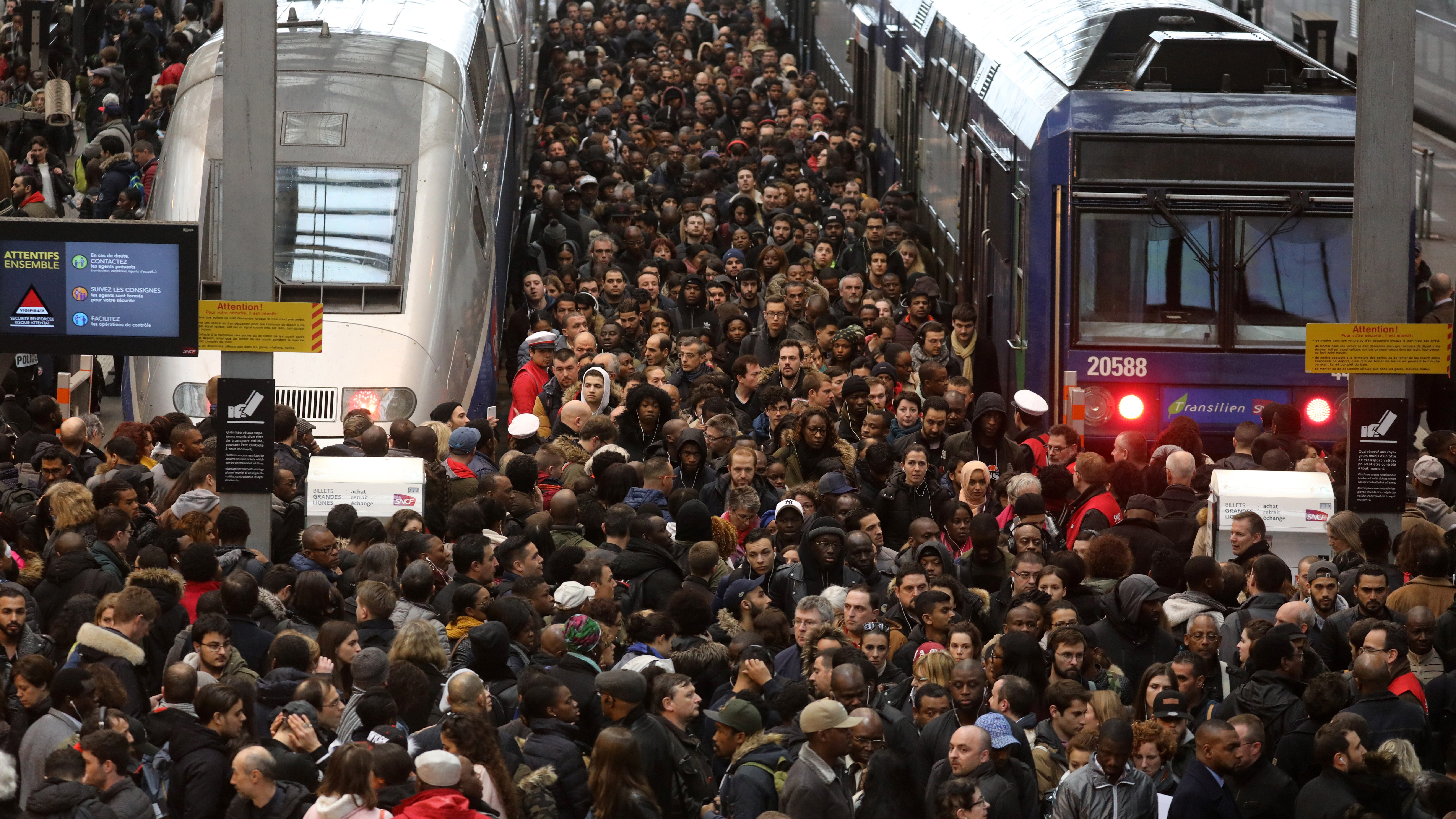 "The strike continues until we are assured that the current system is maintained and negotiations are underway to improve it," he added.

Brun warned the strike in transport sector "will last a long time" as "dialogue (with the government) is stalled as long as it maintains a reform that no one wants."

Transport workers have been out of the workplace since Dec. 5, disrupting most of the public transport services. Millions of commuters have either been trapped in hundreds kilometers of traffic jam or faced crowded platforms and long waits on the few lines running a reduced service.

On Wednesday, only one in five high-speed trains is operational and 26 percent of intercity trains run. Most of Paris's 16 metro lines are closed with only two driverless lines maintain their usual frequencies.

According to SNCF railway operator, "a heavily disrupted traffic" is expected also on Thursday, reviving memories of three-week strikes over pension reform that paralyzed France in 1995, and forced then Prime Minister Alain Juppe to drop a retirement reform plan and a program of welfare cutbacks and resign.

In a speech that followed days of protests, Prime Minister Edouard Philippe on Wednesday showed some flexibility to unions over the timing. He pledged that those who were born before 1975 would be exempt, a longer period than the 1963 initially envisaged.

Under the new pension rules, the government would guarantee a minimum pension of 1,000 euros (1,113 U.S. dollars) per month for those who worked a full career, and has pledged that those who had part-time jobs or were temporary workers, such as couriers or office cleaners, would earn pensions for every hour they worked.

However, it stood firm to replace the variety of 42 different pension set-ups for different professions with a universal points-based system that would scrap the special transport worker status, which allows workers to retire on full pension at 52, a decade before other French employees.