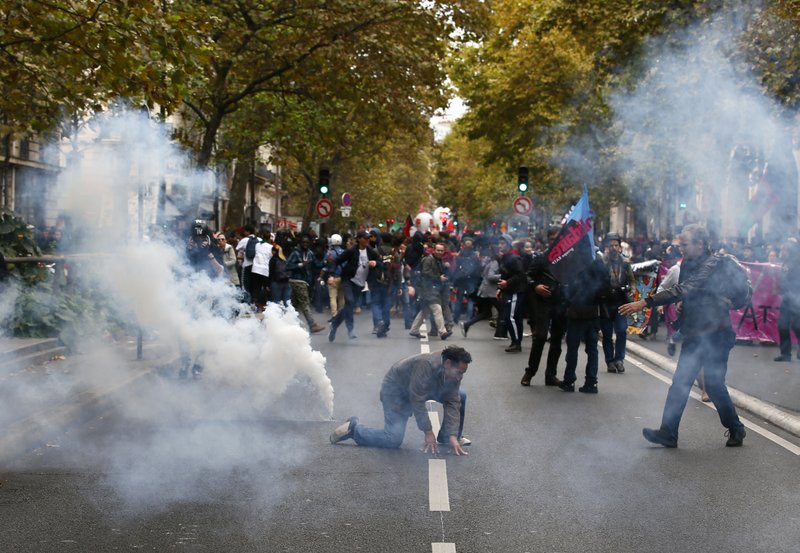 PARIS, Jan. 11 (Xinhua) -- French unions on Saturday called for fresh protests next week to stop the government's pension reform plan, shortly after the government announced a concession by temporarily removing the most contested measure of "pivotal age" of 64 -- two years beyond the official retirement age -- from its reform bill.

"Following today's announcements, not only is the pivotal age not removed, but the prime minister confirms his determination to prolong the retirement age by refusing any increase in social security contributions," said an inter-union body consisting of the CGT and other hard-left unions in a statement.

The unions called for "organizing strike actions and inter-professional convergence across the territory" on Jan. 14 and 15, and "making the 16th a new day of massive inter-professional mobilization of strikes and demonstrations".

It will be the sixth nation-wide action day called by hard-line unions in protest of the government's plan to merge the current 42-scheme pension regime into a single, point-based system.

In a letter to unions leaders made public earlier in the afternoon, French Prime Minister Edouard Philippe said the government is ready to temporarily remove the pivotal age, or "age of equilibrium" in his term, from the pension reform bill that will be introduced to the parliament in February.

But the government stays firm with the principle of "age of equilibrium", said the prime minister.

As requested by unions, a conference will be set up to study the ways of pension funding, he added. If the conference ends up with an agreement by the end of April, its proposals will be taken into account by the parliament and the reform bill could be redrafted.

In case of no agreement by the end of the conference, the government "will take necessary measures by order to reach equilibrium by 2027", warned the prime minister.