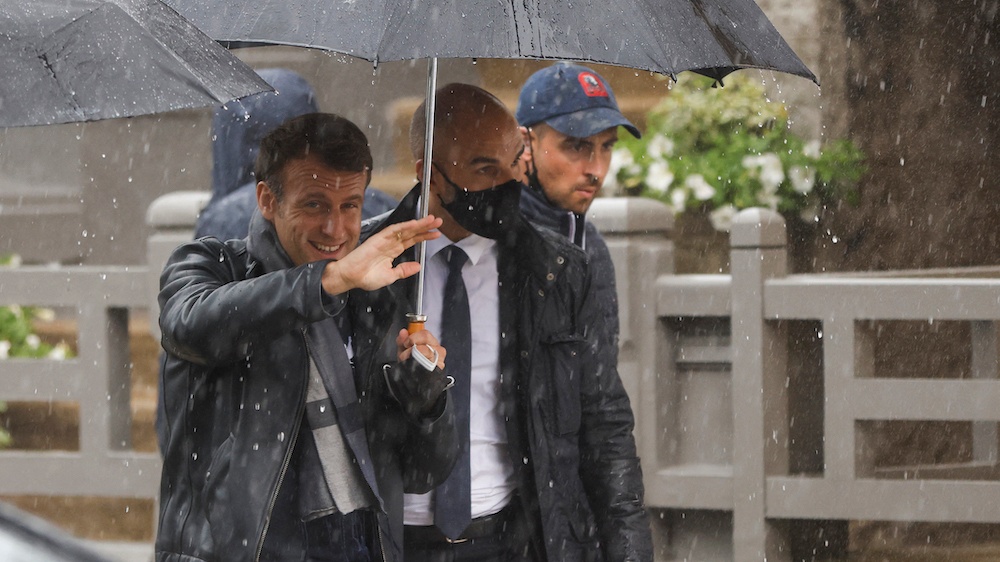 President Macron is battling an electoral storm before next year's election. (Photo: AFP)

It was the second round of local elections in France this weekend, and despite a low turnout (34 percent at best) voters helped shape the political picture ahead of next year's presidential election. Traditional parties won out, while President Emmanuel Macron's organization and the party formerly known as "Le Pen" lost out.

The far-right National Rally was battered in last week's first round and leader Marine Le Pen hoped to consolidate the losses and focus on the Provence-Alpes-Côte d'Azur region. The area, which includes the cities of Nice and Marseille, was seen as winnable for National Rally's candidate Thierry Mariani.

But Mariani lost to the center-right Republicains party he defected from, and claimed less than five percent of the vote.

Coming up short was not reserved for the far-right in the second round of elections, however.

The low turnout favored the incumbent politicians, which also held back President Macron's La Republique En Marche (LREM), which has struggled to cement a foothold on the French political landscape since its leader caused an upset in the 2016 vote.

At the end of the night, no regions had changed hands.

The French elections work via two "rounds." Last week was the first, and Sunday's vote was a "run-off" between the most popular candidates according to the first round results.

The system made for further embarrassment for the current president, who was unable to cast a vote for his own party in the Normandy town he cast his ballot in – because the local candidate didn't qualify from the first vote.

Instead, Les Republicains gained confidence from the results.

Former government minister Xavier Bertrand is one of the conservatives who won again, and in his acceptance speech he said the tally gave him "the strength to go and meet the French people," in an obvious hint that he would run for the highest office in the nation next year.