Frenchman in vegetative state kept alive after appeal to UN 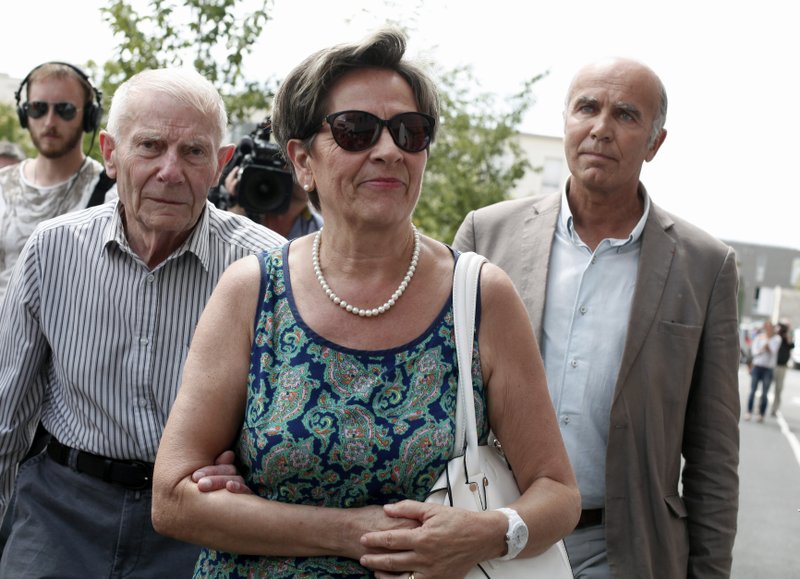 In this July 23, 2015 file photo, Viviane and Pierre Lambert, left, parents of Vincent Lambert, arrive at the Sebastopol hospital, in Reims, eastern France, where Vincent, who is currently on artificial life support, is hospitalized. (Photo: AP)

A last-ditch appeal to the United Nations forced French doctors to resume life support Tuesday for a man who has been in a vegetative state for years and whose case has drawn attention across Europe.

Vincent Lambert was critically injured in a 2008 car accident, and his parents and wife disagree on whether to keep him alive artificially. After years of legal battles, a team of doctors decided last year to stop giving him food and liquids and allow him to be sedated until death. Doctors stopped feeding him on Monday.

But his parents appealed to the UN Committee on the Rights of Persons with Disabilities, arguing the 42-year-old should be treated as disabled.

And in a surprise twist just hours after his feedings were halted, a Paris court ordered a freeze on previous rulings while the UN committee considers the case. That process could take years.

Doctors resumed feedings Tuesday, the parents’ lawyer told French media at the hospital in Reims east of Paris. The parents want Lambert transferred to facility for the disabled instead.

The Lambert case has provoked national soul-searching over how to deal with terminally ill patients, and has drawn attention around Europe.

It was central to the debate leading up to France’s 2016 law on terminally ill patients. The law allows doctors to stop life-sustaining treatments, including artificial hydration and nutrition, and to keep them sedated until death. It stops short, however, of legalizing euthanasia or assisted suicide.

The European Court of Human Rights and France’s top administrative body had upheld the doctors’ earlier decision to stop Lambert’s life support, with the court finding the move did not violate Lambert’s rights.

Commenting on the case Tuesday, two top Vatican officials issued a joint statement saying that the provision of food and water to the sick was an “inescapable duty.”

“Suspending such care represents a form of abandonment, based on a pitiless judgment about the quality of life and an expression of a throwaway culture that selects the most fragile and defenseless people, without recognizing their individual, immense value,” said Cardinal Kevin Farrell, in charge of Catholic laity, and the Vatican’s top bioethics official, Archbishop Vincenzo Paglia.