India issued a fresh flood alert Wednesday for parts of the southern state of Kerala, as the nationwide death toll from the annual monsoon deluge rose to at least 244. 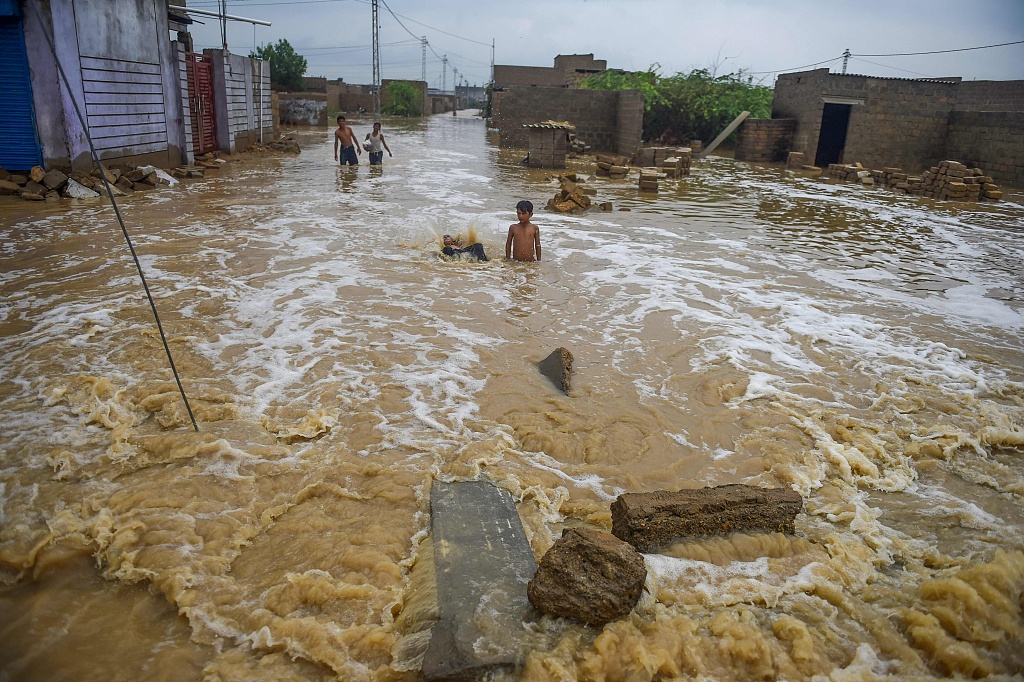 Children play in a flooded street after heavy monsoon rains on the outskirts of Karachi on August 11, 2019. (Photo: VCG)

Authorities warned Kerala locals of heavy rainfall over the next 24-48 hours in some of the worst affected regions of the state popular with tourists.

Kerala was hit by its worst floods in almost a century last year, when 450 people died, and the state is still recovering from the damage to public infrastructure including highways, railways and roads.

At least 58 people have also lost their lives in neighbouring Karnataka state, where authorities have rescued around 677,000 people from flooded regions.

The situation is now improving in Karnataka, however, as waters start to recede, a government official told AFP.

In the western states of Gujarat and Maharashtra the death toll reached 91, with hundreds of thousands rescued from inundated regions.

"Our teams have recovered 49 bodies so far from different regions including Sangli, Kolhapur, Satara and Pune, and most deaths were caused due to drowning and wall collapses," Deepak Mhaisekar, divisional commissioner of Pune told AFP.

"The situation is under control now," he added, though the casualty count may increase slightly.

India has deployed the army, navy and air force to work with the local emergency personnel for search, rescue and relief operations.

The monsoon rains are crucial to replenishing water supplies in drought-stricken India, but they kill hundreds of people across the country every year.