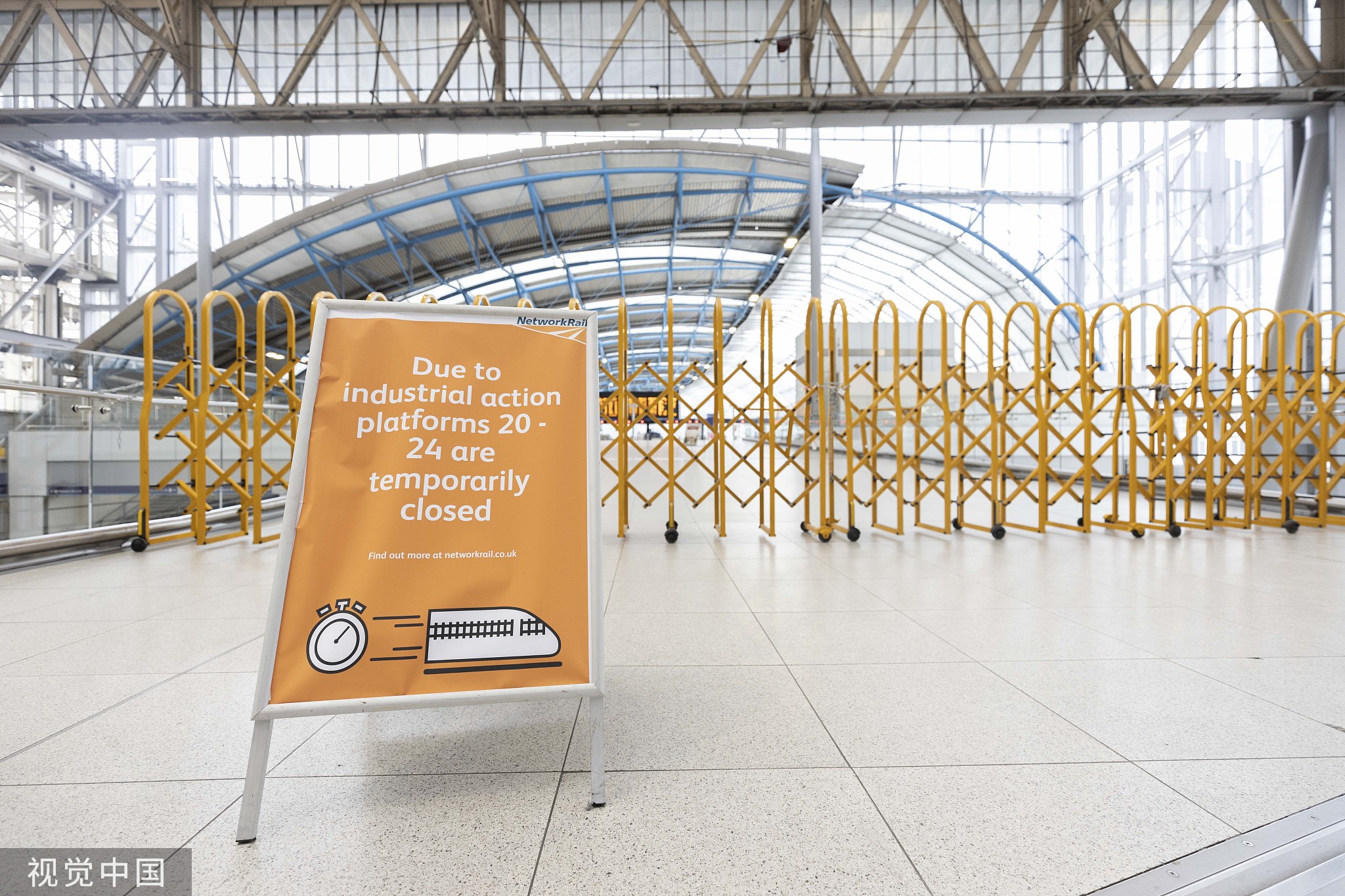 A view of a station as railway workers go on strike over job losses, disagreements over working conditions and pensions between July 27th-30 in London, United Kingdom on July 27, 2022. (Photo: CFP)

Around 40,000 British railway workers staged a walkout on Wednesday, a month after the largest strike in 30 years as the UK battles its worst cost-of-living crisis in decades.

The nationwide walkout over pay and conditions brought the rail network to a virtual standstill with only one in five trains running and caused major disruption to rush-hour commuters as many simply stayed at home. With inflation at a 40-year high and set to worsen, the cost-of-living crisis presents a major challenge to Foreign Secretary Liz Truss and former Finance Minister Rishi Sunak, who are vying to replace Prime Minister Boris Johnson in a leadership contest.

London underground trains and buses ran as normal, but Eurostar reduced the number of trains though the Channel Tunnel as a knock-on effect, despite its staff not joining the walkout.

Mick Lynch, general secretary of the RMT rail union, argues strikes are necessary as wages have failed to keep pace with UK inflation, currently at 9.4 percent and on course to keep rising.

"Network Rail have not made any improvement on their previous pay offer and the train companies have not offered us anything new," Lynch said.

"The government needs to stop their interference in this dispute so the rail employers can come to a negotiated settlement with us," said Lynch.

The government urged union bosses and train operators to resolve the dispute.

"They don't need to speak to ministers to resolve this because their employers are the people who have the mandate to negotiate this," Transport Minister Grant Shapps told Sky News.

"This is just trying to distract attention," Shapps added.