WORLD From Australia to Europe, climate protesters hit the streets

From Australia to Europe, climate protesters hit the streets

Hundreds of thousands of protesters in Australia, many of them children who skipped school, kicked off a day of demonstrations around the world against climate change in the run-up to a U.N. summit in New York. 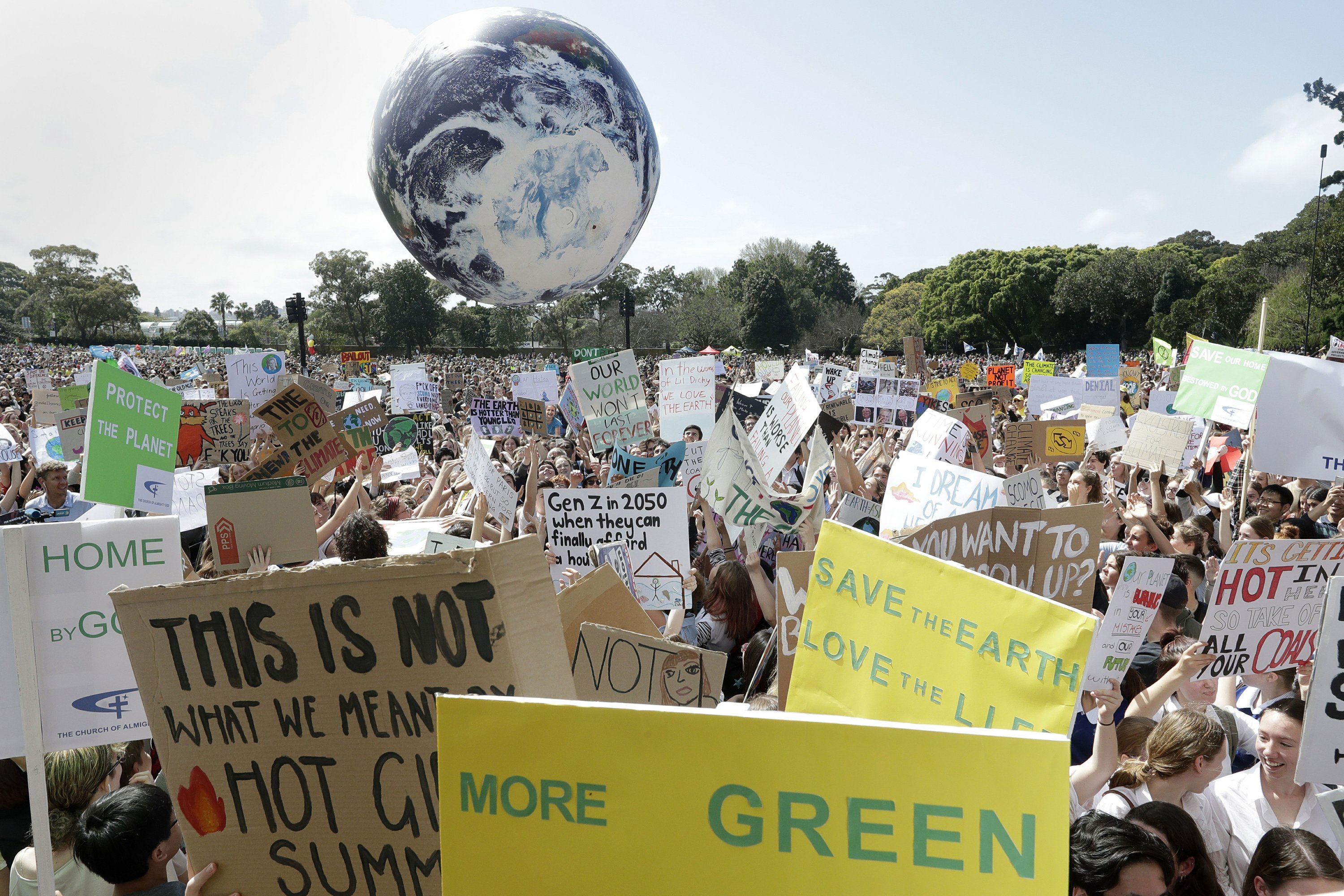 Rallies to open the "Global Climate Strike" took place on Friday in 110 towns and cities across Australia, including Sydney and the national capital, Canberra. Demonstrators called for their country, the world's largest exporter of coal and liquid natural gas, to take more drastic action to reduce greenhouse gas emissions.

"Even though we ourselves aren't sick, the planet which we live on is, and we are protesting and fighting for it," said Siobhan Sutton, a 15-year-old student at Perth Modern School.

Organizers estimate more than 300,000 protesters took to Australian streets in what would be the country's biggest demonstration since the Iraq War in 2003.

Smaller protests took place in Asia, from the Philippines to Hong Kong and India.

"We need to reclaim our constitutional right to clean air and water," said Aman Sharma, a 16-year-old protester in India's capital New Delhi.

Rallies were also planned in Europe, Africa and the United States, where organizers say more than 800 events are expected Friday.

In Germany, which has seen large-scale climate rallies for over a year, police said 17,000 people had gathered in the southwestern city of Freiburg, one of 500 cities across the country where protests were planned.

In the capital Berlin and Germany's financial hub of Frankfurt some protesters staged brief road blockades to highlight their demands for a drastic reduction in the country's greenhouse gas emissions, to which transport is a major contributor.

Under pressure from sustained protests over the past months, the government of Chancellor Angela Merkel is planning to announce a package of measures to reduce Germany's greenhouse gas emissions later Friday.

Experts say Africa is the most vulnerable continent to climate change and the least equipped to deal with it. Governments have pleaded for more support from the international community.

The protests are partly inspired by the activism of Swedish teenager Greta Thunberg, who has staged weekly demonstrations under the heading "Fridays for Future" over the past year, calling on world leaders to step up their efforts against climate change. Thunberg is expected to speak at the U.N. Climate Action Summit on Monday.

Australian universities have said they will not penalize students for attending Friday's rallies, while Australian schools vary on what action, if any, they take against children who skip classes to attend demonstrations.

Perth student Sutton said she would fail a math exam by attending a protest in the west coast city of Perth.

"I have basically been told that because it is not a valid reason to be missing school — it is not a medical reason or anything — I am going to get a zero on the test if I don't actually sit it," she said.

She said her math teacher had given her the option to sit the exam before Friday, but she was unable to do so because of her commitments as one of the protest organizers.

"I think it is just a disruption," he added.

Some companies are encouraging their employees to join the climate strike.

The council said in a statement that it "must take a stand for our future when our government will not."