WORLD From Europe to the Arctic, temperature records tumble in 2019

From Europe to the Arctic, temperature records tumble in 2019

We may only be just over halfway through it, but 2019 has already seen temperature records smashed from Europe to the Arctic circle and could prove to be one of the hottest ever recorded. 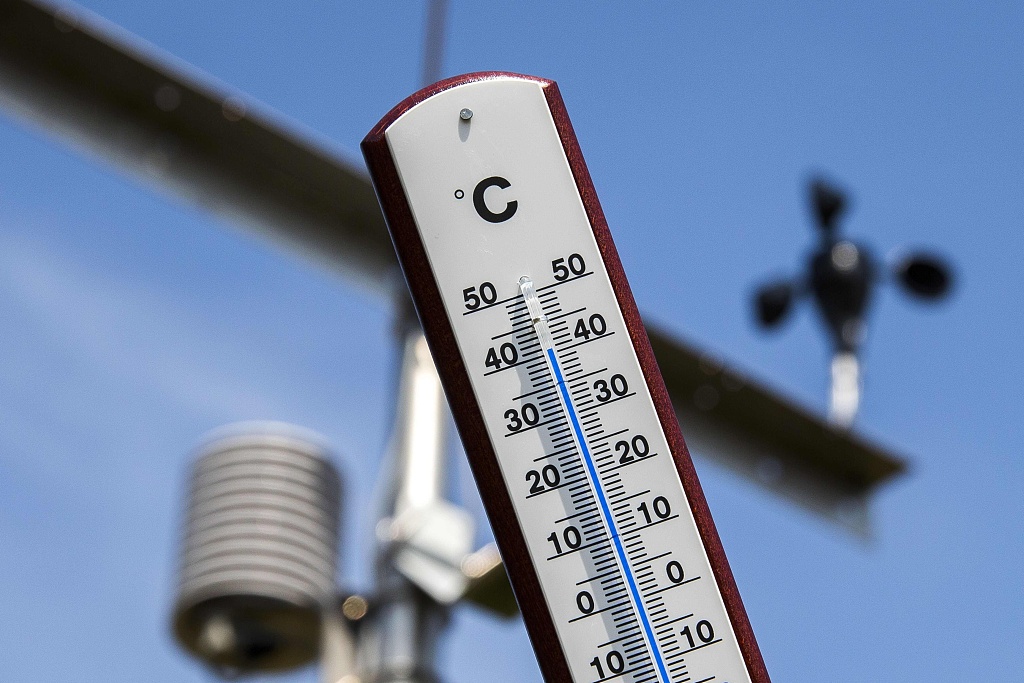 This picture taken on July 25, 2019 shows a thermometer indicating a temperature of over 40 degrees at a Royal Netherlands Meteorological Institute (KNMI) weather station at the Deelen Air Base in Arnhem, the Netherlands. (Photo: VCG)

Numerous studies have shown that heatwaves such as the one that baked northern Europe this week are made more likely by climate change, and as man-made greenhouse gas emissions continue to rise, 2019 fits a general warming trend.

This June was the hottest on record, beating out June 2016 -- so far the hottest year ever.

The record was breached due to an exceptionally strong European heatwave. The continent's June temperatures were around two degrees Celsius (3.6 Farenheit) hotter than average, according to the EU's Copernicus climate monitor.

Europe has endured two exceptionally strong heatwaves in a matter of weeks.

Record highs tumbled across France, with the mercury peaking at 46C on June 28 in the southern town of Verargues. The previous record, set back in 2003, was 44.1C.

The second wave of heat this week saw Paris's all-time high pulverised: Meteo-France measured 42.6C in the French capital on Thursday -- more than 2C hotter than the previous high, set more than 70 years ago.

The World Weather Attribution service this month said June's heatwave was made between 5 and 100 times more likely by man-made climate change.

"Since 2015, we've seen extreme heatwaves every year in Europe," said Robert Vautard, a climatologist at France's Laboratory of Climate and Environment Sciences.

The first half of 2019 also saw intense heatwaves in Australia, India, Pakistan and parts of the Middle East, according to the World Meterological Organisation (WMO).

In mid-July, for the first time on record, thermometers read 21C in Alert, a Canadian outpost that is the most northern settlement on Earth, around 900 kilometres from the North Pole.

That beat the previous record set in 1956, but the number of days where temperatures reach 19-20C have shown a marked increase since 2012.

The last four years are the hottest on record.

Last year was fourth on the list, with an average surface temperature of 1C above pre-industrial levels.

2016 still holds the crown as the hottest year in human history -- a full 1.2C above average, aided by a powerful El Nino warming event.

According to the NOAA, the period of January-June 2019 was the second hottest ever measured, hotter even than the same period in 2016.

The WMO estimates 2019 will be among the top five hottest years, and that 2015-2019 will be the hottest five year period ever recorded.

Three papers released this week showed that Earth's temperature was currently warming at a rate and uniformity unparallelled in the past 2,000 years.

Atmospheric CO2 levels are currently around 415 parts per million -- the highest concentration in three million years.