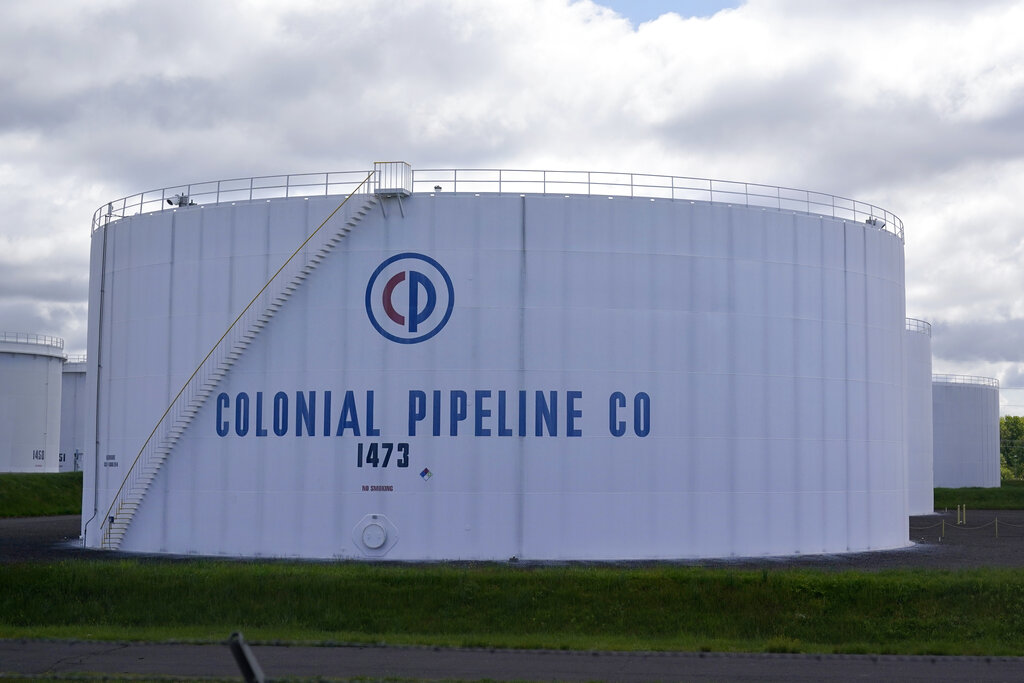 Colonial Pipeline storage tanks are seen in Woodbridge, N.J., Monday, May 10, 2021. Gasoline futures are ticking higher following a cyberextortion attempt on the Colonial Pipeline, a vital U.S. pipeline that carries fuel from the Gulf Coast to the Northeast. (Photo: AP)

HOUSTON, May 10 (Xinhua) -- The operator of a main U.S. fuel pipeline that was forced to shut down due to a cybersecurity attack said Monday night that one of its lines has been partially restored.

"We can now report that Line 4, which runs from Greensboro, North Carolina, to Woodbine, Maryland, is operating under manual control for a limited period of time while existing inventory is available," said the Colonial Pipeline Company, operator of the pipeline carrying gasoline and diesel fuel to U.S. east and southeast parts.

The company said earlier that while its main lines continue to be offline, some smaller lateral lines between terminals and delivery points were operational.

The company said in a press release earlier on Monday that it aimed to restore operational service by the end of the week and a phased approach has being executed to facilitate a return to service.

The Colonial Pipeline Company temporarily halted all pipeline operations after the cybersecurity attack involving ransomware was detected on Friday.