BEIRUT, Aug. 23 (Xinhua) -- The shortage of fuel in Lebanon started to weigh heavily on different sectors in the country. 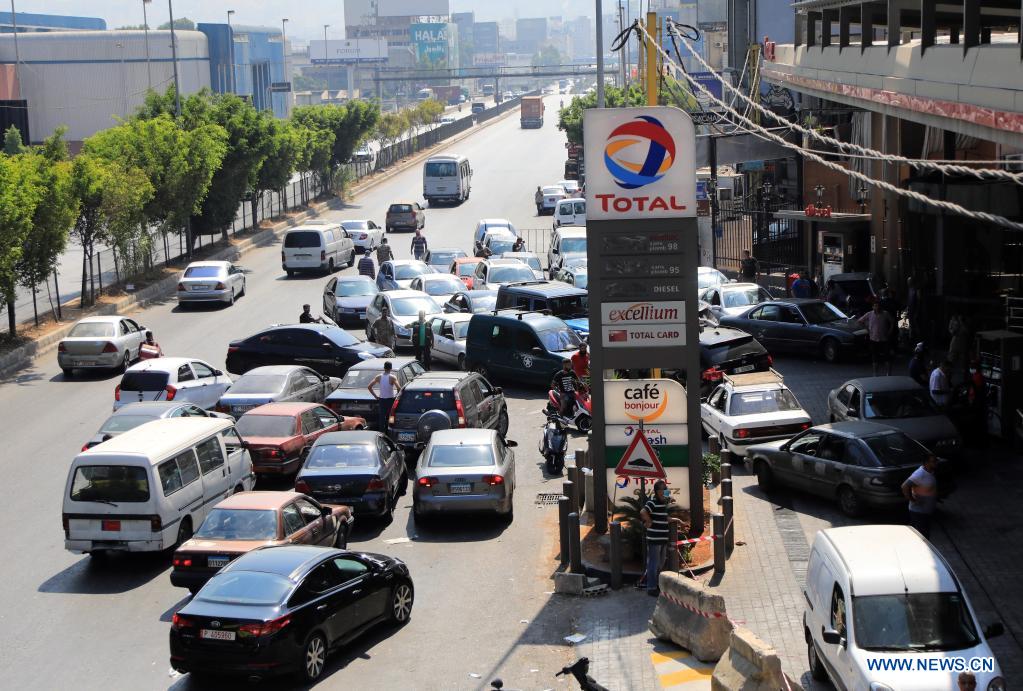 Lebanon has been facing a serious shortage of fuel amid lack of U.S. currency reserves needed to import basic commodities. This has caused successive power cuts in the country, affecting Lebanese daily life and causing difficulties in maintaining regular operations of businesses.

The trade sector has lost around 80 percent of its activities as it is more difficult to deliver products to consumers given the lack of gasoline, said Adnan Rammal, representative of the trade sector in the Economic and Social Council.

"Our consumers are also no longer free to use their cars to visit shops and buy their needs," he added.

Jean Beyrouthy, head of the Federation of Touristic Syndicates, told Xinhua that many hotels were forced to close some of their floors to reduce electricity consumption.

"Also, taxis have increased their prices which make it harder for tourists to enjoy the summer season in the country," he said.

For his part, William Boutros, head of the Lebanese Poultry Syndicate, said that the poultry sector is likely to face a disaster due to power rationing as over 20 million birds in 2,000 farms are threatened to die which will deprive thousands of families and workers of their income, not to mention the negative repercussions on the environment and food security.

Kamel Mehanna, head of Amel Association International, which manages 25 medical centers and seven mobile medical units, said that health centers, clinics and hospitals across the country are in a critical situation, unable to operate necessary equipment such as ventilators.

The country is in dire need for an effective cabinet capable of undertaking major reforms to unlock foreign aid in an attempt to overcome the current multifaceted crisis.