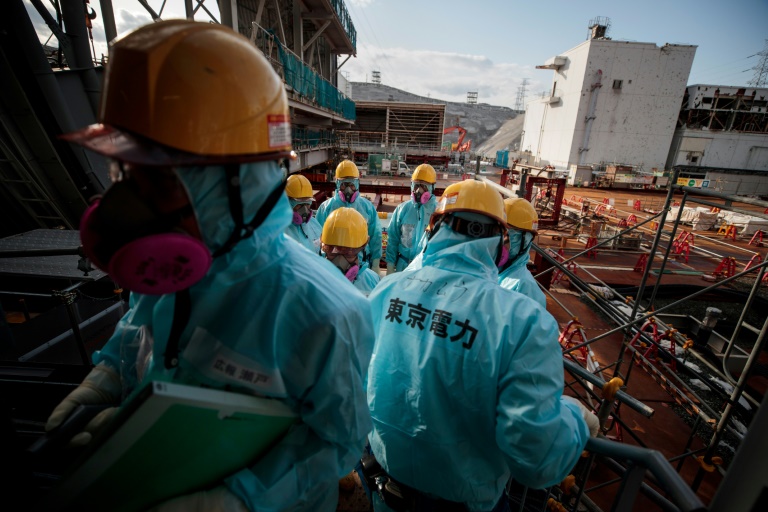 The Fukushima power plant was hit by a tsunami in 2011. The resulting outfall forced 140,000 people to leave the region. (Photo: AFP)

With Japan keen to flaunt Tokyo 2020 as the "Reconstruction Olympics", people who fled the Fukushima nuclear disaster are being urged to return home but not everyone is eager to go.

Tokyo and the International Olympic Committee (IOC) plan to use the global spotlight from the Games to showcase the recovery of the region devastated by the 2011 nuclear disaster and the tsunami that triggered it, killing 18,000 people.

But Kazuko Nihei, who fled her home in Fukushima city with her two daughters in 2011, insists she won't return, even though government subsidies she once received have now ended.

"I'm not wavering at all," she told AFP in Tokyo, where she relocated with her daughters, now 11 and nine, after the disaster.

Japan ordered more than 140,000 people to evacuate when the Fukushima Daiichi reactors went into meltdown, but many others living outside the evacuation zones also opted to leave, including Nihei.

"I have to work with every ounce of energy," said Nihei, who works seven days a week to help keep the family afloat.

For six years, she and her daughters lived in free accommodation supported by government subsidies, but support for "voluntary" evacuees ended in March 2017.

But she insists she is not ready to return to Fukushima city, despite government assurances the area is safe.

Japan's government has pressed an aggressive decontamination programme involving removing radioactive topsoil and cleaning affected areas, and evacuation orders have been lifted across much of the region affected by the meltdown.

Nihei worries about "various health risks for children, not only thyroid (cancer) but others including damage to their genes."

"If there was a comprehensive annual health check, I might consider it, but what they are offering now is not enough, it only concentrates on thyroid cancer," she told AFP.

Part of the doubt stems from Japan's decision in the wake of the disaster to alter its own standards for what it considers acceptable levels of radiation exposure.

It changed the level from 1 millisievert (mSv) a year to 20 and says that level of exposure carries far lower cancer risks than smoking or obesity and "can be comparable to the stress from evacuation".

Despite the uncertainty, Fukushima prefecture plans to end almost all housing subsidies by the end of March 2021, with a goal of having no evacuees by the time -- a target some fear will have disastrous results.

"We are worried that the subsidy cuts could prompt... suicides and homelessness" said Daisaku Seto, secretary general of the Cooperation Center for 3.11, an NGO that supports evacuees.

"Officials from the government and Fukushima say it's time for them to lead self-supporting lives, but evacuees can't find jobs that bring in enough money," Seto told AFP.

Many evacuees want to stay away at least until their children are adults, "but the government unilaterally set the deadline", he added.

'We have the right to evacuate'

Independent experts say it is hard to definitively quantify the risks evacuees could face by returning, but they add that prolonged anxiety for those who have come back reluctantly could itself be unhealthy.

Last year, Japan was forced to defend its policy of encouraging people to return after a UN special rapporteur said women and children should not be sent back to parts of the Fukushima area.

"Many feel they are being forced to return to areas that are unsafe, including those with radiation levels above what the government previously considered safe," Baskut Tuncak said.

Japan rejected Tuncak's statements as based on "one-sided information", but the comments struck a chord with some evacuees.

"We have the right to evacuate," said Noriko Matsumoto, 57, who left in 2011 with her daughter from Koriyama in Fukushima prefecture.

She questions why the government is pouring money into preparations for the Olympics -- some baseball and softball games will be held in the region -- while dropping subsidies for Fukushima evacuees.

"I have no grudge against the athletes," she told AFP.

"But I think there are other things that should be done before hosting the Olympics."