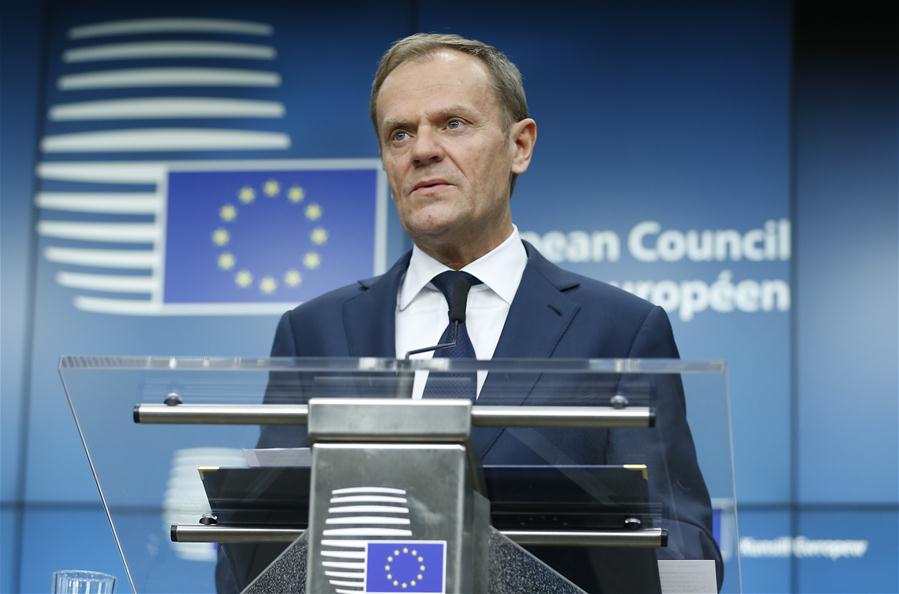 European Council President Donald Tusk, pictured here in Brussels, Belgium, on March 9, 2017, has called for the release of all information surrounding the murder of Saudi journalist Jamal Khashoggi. (Photo: Xinhua)

STRASBOURG, Oct. 24 (Xinhua) -- European Council President Donald Tusk said here on Wednesday that all details of the killing of Saudi journalist, Jamal Khashoggi, shoud be revealed regardless of "who is behind it".

"This was such a horrible crime, that even the slightest trace of hypocrisy would bring shame on us," Tusk said in a speech to the European Parliament.

"It is not my role to state who wants to protect whose interests here. But I know one thing: the only European interest is to reveal all the details of this case, regardless of who is behind it," he said.

Tusk said he believed the members of the parliament would not allow the member states of the European Union or the institutions to become involved in "any ambiguous" game.

"I don't think a country could have the courage to do such a crime without the support of the United States," Rouhani said in the cabinet meeting.

"They (Saudis) do such a crime with a reliance on a superpower which supports them and does not let the international courts decide on any measures against them," he added.

Meanwhile, Rouhani urged the Turkish government to continue "impartial and precise investigations to unearth the fact for the world opinion."

The Saudi journalist Jamal Khashoggi, a Washington Post contributor and critic of the Saudi crown prince, was killed after entering the Saudi consulate in Istanbul on Oct. 2.