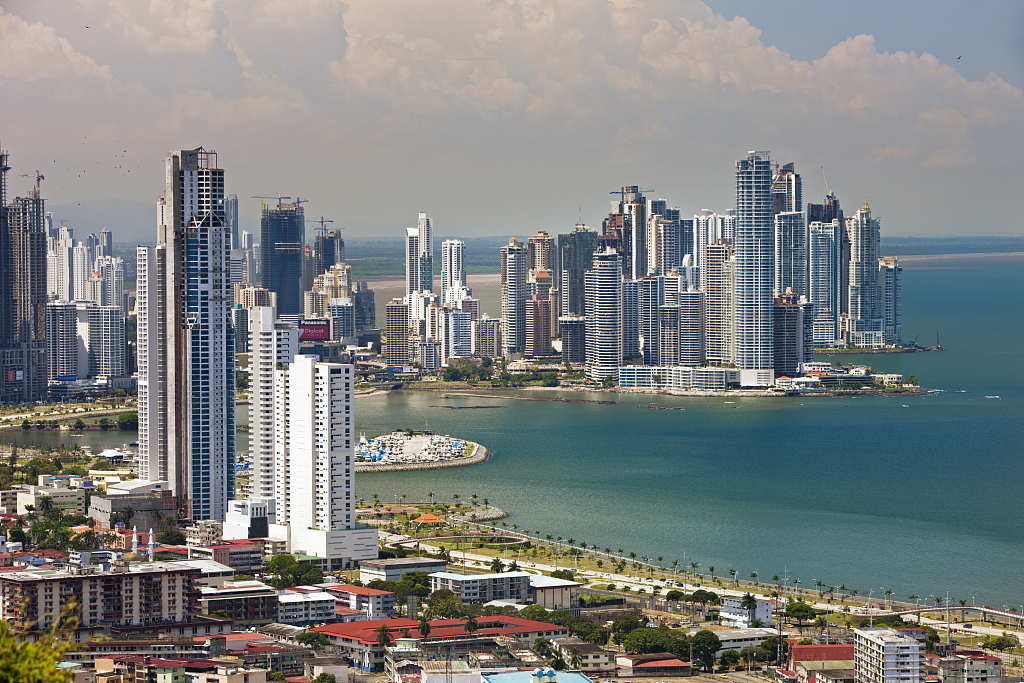 A signed article by Chinese President Xi Jinping titled "Working Together for a Shared Future" was published Friday on Panamanian newspaper La Estrella de Panama ahead of his state visit to the Central American country.

Working Together for a Shared Future

I will soon pay a state visit to the Republic of Panama at the kind invitation of President Juan Carlos Varela. It will be my first visit to the country, and the very first by a Chinese president. I look forward to this trip with great expectations.

Like many of my countrymen, I am no stranger to Panama even though I have never been to this country before: the grand Panama Canal, the highly regarded Geisha coffee, as well as Panamanian bananas and other tropical fruits are well-recognized throughout the world. In recent years, under the leadership of President Varela, Panama has enjoyed rapid growth, vibrant markets and improving living standards. It has become a most habitable place in the Americas to live in and a promising land of opportunities for investors. Seeing such progress, I am truly happy for Panama and wish Panama new and still greater accomplishments in its future development.

Friendly interactions between the people of our countries could date back more than 160 years, when the first group of Chinese arrived in Panama to help with canal- and railway-building. On this hospitable land, they eventually stayed, became part of the local communities and joined the Panamanian people in pursuit of a better life. To mark their dedication, a special day has been designated for ethnic Chinese in Panama. Back in the 1960s, in a gesture of solidarity with the Panamanian people in their just cause for sovereignty over the Canal, sixteen million Chinese staged rallies across China, which became a special memory of the Chinese people for a generation. All these attest to the fraternal bonds connecting the people of our two countries.

In June last year, President Varela and I came to a significant political decision: China and Panama would formally establish diplomatic relations. For both our countries, this landmark decision will benefit not only this generation, but many more generations to come. For the wider international community, it could not show more clearly the trend of our times and the will of the people. It is a strong declaration to the world of Panama's commitment to the one-China policy and an expression of unanimous support among our two peoples for China-Panama relations.

Over the past one and half years, China-Panama relations have gotten off to a good start: cooperation programs have mushroomed and thrived across the board, delivering tangible benefits to the people of the two countries. During his first state visit to China, President Varela and I drew a blueprint for the future of our bilateral ties. China has been Panama's second largest trading partner, the largest supplier to the Colon Free Trade Zone and the second biggest user of the Panama Canal. Under the framework of the Belt and Road cooperation, the two sides have signed quite a number of agreements in areas such as trade, finance, maritime affairs, civil aviation, tourism, culture and education. Chinese businesses and financial institutions have taken an active part in bilateral cooperation, helping to create thousands of local jobs. The China-assisted Colon Secure City project will provide effective protection to the residents of Colon. The Amador Convention Center, which will soon be completed, will serve as the new venue for EXPOCOMER. And Panama's specialty agro-products such as beef, pineapple and seafood are undergoing inspection and quarantine procedures for export to China and will soon find their way to the dinner tables of the Chinese people.

As proposed by Panama, China is looking into the "City of Hope" education center project to be developed in Western Panama. The project aims to provide educational services to over 2,000 local students and will contribute significantly to local education conditions and quality. China is also implementing the project of mobile clinics (Amor Sobre Ruedas), which provides free medical services for women in far-flung areas in Panama. The first Confucius Institute in Panama is up and running; the first direct flight connecting China and Central America has been launched; and Panama is designated as an approved destination for Chinese group tourists. By the end of this year, China will have trained about 6,000 Panamanian officials and professionals in various fields, and close to 1,000 Panamanian students are now studying in China. Scholars, think tanks and media organizations from both sides have engaged in frequent interactions, contributing their ideas and suggestions in support of bilateral relations. As the "China fever" in Panama and the "Panama fever" in China are heating up, people in both countries are eager to know each other better through more exchanges.

Panama, a nation strong on connectivity, is actively advancing its National Logistics Strategy 2030 in an effort to build itself into a world-class logistics center. This strategy dovetails with my initiative of the Belt and Road cooperation, making China and Panama natural partners for Belt and Road cooperation. During President Varela's visit to China last year, Panama became the first country in Latin America and the Caribbean to sign a Belt and Road cooperation MOU with China. Going forward, we will work tirelessly with Panama to enhance synergy between our development strategies and deliver greater benefits to the people of our countries.

First, let us be sincere partners that value equality and mutual trust. We should always approach our bilateral ties from a strategic and long-term perspective, appreciate and support each other's core interests and major concerns, and build a solid political foundation for the sustained, sound and steady growth of our bilateral relations.

Second, let us be development partners, come rain or shine. Both being developing countries, China and Panama have similar historical experiences and face common development tasks. We need to work together to promote a new type of international relations featuring mutual respect, fairness, justice and win-win cooperation and build a community with a shared future for mankind. We also need to strengthen coordination in multilateral organizations such as the UN and the WTO, jointly uphold the multilateral trading system and contribute to an open world economy.

Third, let us be cooperation partners in pursuit of mutual benefit. We need to respect each other's aspirations, accommodate each other's concerns and draw upon our respective strengths. We need to build on this basis to deepen our cooperation in such key areas as infrastructure, logistics, production capacity, e-commerce and finance under the broad framework of Belt and Road cooperation. We need to step up our efforts to quickly secure early harvests in practical cooperation as it will contribute to development in both countries. China welcomes Panama's continued participation in the China International Import Expo and hopes to see more exports of quality Panamanian goods and services to China.

Fourth, let us be close partners with strong people-to-people ties. To build heart-to-heart connections between our peoples, we need to engage in exchanges in a broad range of areas such as culture, education, health, tourism and media. This will greatly boost our friendship across the sectors. Now that we have opened a direct flight between China and Panama, we expect more and more Chinese and Panamanians to visit each other's countries to enhance mutual understanding and friendship. Today 280,000 Panamanians are of Chinese origin. We could well build on such blood ties to deepen friendship between the two countries.

The trend of the times keeps moving forward, bringing new and constant changes to the world. Although our two countries are geographically far apart and are quite different in many of our national conditions, both the Chinese and Panamanians are hard-working, enterprising and aspiring peoples. We won't be able to grow our relations without the commitment of our peoples. Let us seize the moment, give play to our late starter's advantage, speed up the growth of our bilateral ties, put our cooperation on a steady and sustained course, and jointly contribute to a brighter future and a more prosperous world.