A signed article by Chinese President Xi Jinping titled “Working Together for a Brighter Future of China-Tajikistan Friendship” was published Wednesday on Tajik media ahead of his state visit to the Central Asian country. 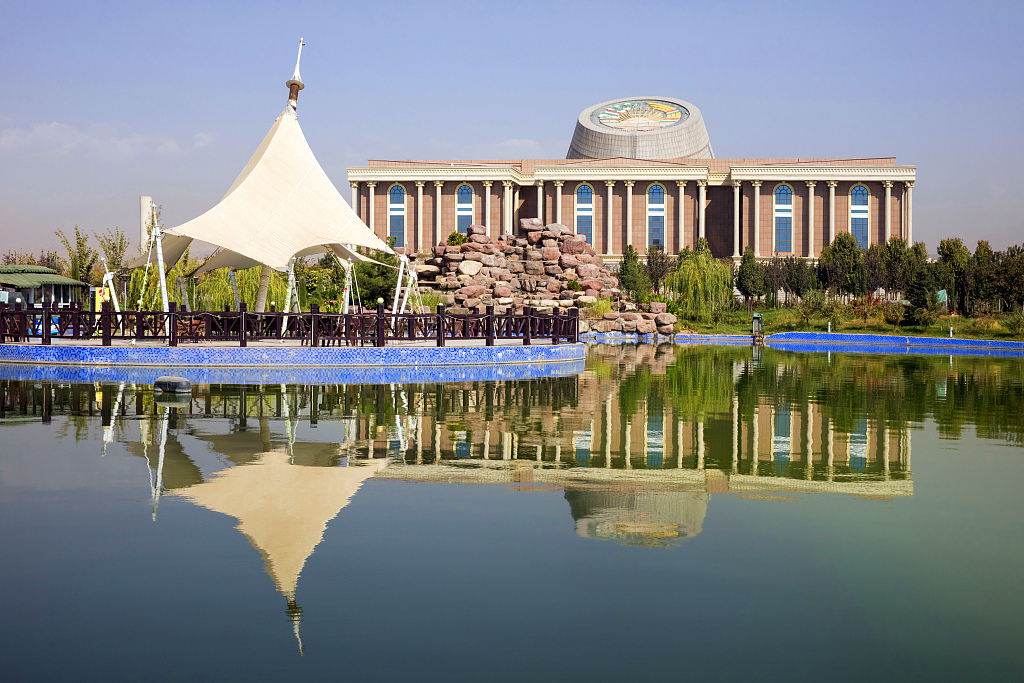 An English version of the article is as follows:

Working Together for a Brighter Future of China-Tajikistan Friendship

“The landscape is dotted with red flowers like brocade and glittering rivers like silver,” a Chinese envoy wrote this line when traveling in Central Asia in the early 15th century. In this lovely season of mid-summer, I am delighted to pay a state visit to the Republic of Tajikistan at the invitation of President Emomali Rahmon. When I was first in your friendly country five years ago, I was greatly impressed by its majestic mountains, splendid culture and warm-hearted people. So I am very much looking forward to returning to Tajikistan, a land steeped in history, and meet friends whose hospitality always makes me feel at home.

China and Tajikistan are close neighbors connected by mountains and rivers and a lasting bond of friendship between our peoples. More than 2,000 years ago, a Chinese imperial envoy named Zhang Qian traveled through harsh terrain to Central Asia. He pioneered what became known as the Silk Road, which saw flourishing interactions between various civilizations. Through the Silk Road, the forebears of our two nations exchanged goods and ideas and learned a great deal from each other. Xuan Zang, an eminent 7th century monk, and Chen Cheng, who wrote the poem I quoted earlier, traveled to Central Asia as Chinese envoys of friendship. The life stories of your historical and literary figures, such as Emir Ismail Samani and the famous poet Rudaki, are widely known in China. Sogdian musicians and dancers are prominently featured in the glazed potteries from China’s Tang Dynasty (A.D. 618-917) preserved to this day. Through many centuries, the friendship of our two peoples has stood the test of time and external vicissitudes. It is as solid as the awe-inspiring Pamirs.

When Tajikistan gained independence 27 years ago, China was among the very first to recognize it. The inauguration of diplomatic ties enabled dynamic interactions between our peoples. Throughout these 27 years, our two countries have trusted and respected each other and engaged in cooperation for mutual benefit. Together, we have set a fine example of friendship and cooperation between countries different in system, culture and size.

Based on trust and equality, China-Tajikistan friendship is rock solid. An ancient Chinese philosopher once noted, “In interactions with friends, one should keep his word and always be trustworthy.” Mutual trust is at the heart of the comprehensive strategic partnership between China and Tajikistan. It has enabled us to successfully resolve the boundary issue left from the past, thus turning our 495-kilometer common border into a bond of friendship. On major issues that affect our respective core interests, we can always count on each other’s understanding and support. Indeed, our two countries are good neighbors linked by mountains and rivers, good friends who trust each other with all sincerity, good partners engaged in win-win cooperation and good brothers who support each other all the time.

Driven by mutual benefit, China-Tajikistan friendship is full of dynamism. Tajikistan is one of China’s closest partners in Belt and Road cooperation. It was the first to sign a cooperation MOU with China on the Silk Road Economic Belt. A dedicated committee has since been established and a number of signature projects already completed. The Vahdat-Yavan railway has been completed along with bridges and tunnels, connecting the previously separated railways in southern and northern Tajikistan. The construction of a thermal power plant in Dushanbe has made winter brown-outs in the capital city a thing of the past. The 500-kilowatt high-voltage transmission line through the Districts of Republican Subordination has made the power grid in northern Tajikistan more stable and safer. Other projects, such as cement plants, an oil refinery, an agriculture and textile park and a smeltering and industrial park, have helped to fuel the industrialization of Tajikistan. China is now the biggest source of investment and a major trading partner for Tajikistan. In a few years, our two-way trade is expected to surpass US$3 billion. All of these are prime examples of our two countries pursuing shared prosperity on the basis of mutual complementarity.

Strengthened by people-to-people ties, China-Tajikistan friendship is sure to last from generation to generation. The Chinese language is gaining popularity here, while the Chinese people are increasingly attracted to this country. Several Chinese universities have introduced courses on the Tajik language or set up centers on Tajikistan studies, and Mandarin is being taught in the two Confucius Institutes and two Confucius Classrooms hosted by Tajikistan. A few weeks ago, the Chinese version of President Rahmon’s book, The Tajiks in the Mirror of History, was published in China, giving the Chinese people new insights into Tajikistan. Last month, “Tajikistan Cultural Day” events were successfully held in Beijing and Xi’an, introducing Tajik culture to a larger Chinese audience. Our two peoples are visiting each other as frequently as relatives do, further strengthening the foundation of our lasting friendship.

We live in a world of profound changes unseen in a century. Although peace and development remain the theme of the times, we are also witnessing rampant protectionism and unilateralism and rising uncertainty in various regions. This presents to the China-Tajikistan comprehensive strategic partnership both valuable opportunities for development and challenges more complex than ever. China stands ready to work with Tajikistan to fully leverage the opportunities and overcome the challenges together.

We need to deepen policy communication and devise master plans for developing China-Tajikistan relations from a strategic and long-term perspective. More frequent exchanges at the top level will be helpful, as well as closer cooperation between our governments, parliaments and political parties and at sub-national levels. We need to continue to give each other firm support on issues that touch our respective core interests and major concerns, with a view to consolidating the political foundation of China-Tajikistan relations for its enduring, steady growth.

We need to refine our blueprint for Belt and Road cooperation. We need to expand our cooperation on the basis of equality and mutual benefit, focus on strategic projects, and give priority to cooperation in energy, transportation, agriculture and industry. Trade and investment need to be continuously scaled up, and Tajikistan is more than welcome to increase exports to China through the China International Import Expo and other platforms. Our two countries must strive to build an architecture of practical cooperation that has rich substance and delivers tangible benefit to the people.

We need to forge a stronger people-to-people bond. By deepening cooperation in language education, translation of classics, archaeological excavation, cultural heritage protection, and film and TV program production, we can better draw on what our two ancient civilizations have to offer each other. Seeds of friendship must be sown among our young people, so that the torch of China-Tajikistan friendship will be passed to future generations.

We need to do all we can to deepen cooperation on fighting the three forces of terrorism, separatism and extremism as well as transnational organized crime, and on narcotics control and cybersecurity, thus providing greater security and stability for both our countries and our region.

We need to strengthen strategic collaboration in international affairs and deepen coordination in the United Nations (UN), the Shanghai Cooperation Organization (SCO) and the Conference on Interaction and Confidence-Building Measures in Asia (CICA). We need to jointly uphold multilateralism and the free trade system, oppose unilateralism and bullying tactics, and commit ourselves to improving and updating the global governance system.

In its 27-year history, CICA has responded to the call of the times and sought to enhance trust and collaboration among countries and uphold regional security and stability, making positive contributions to peace and development in Asia. At its 2014 summit in Shanghai, I articulated a new vision of common, comprehensive, cooperative and sustainable security and called for a security and development path that suits Asia and serves the common interests of all. My proposal has received a positive response from many parties. Over the last five years, CICA member states have broadened the approach and content of our cooperation, set up a Non-governmental Forum, Youth Council and Business Council under the CICA framework, and enhanced CICA’s interaction with other multilateral institutions such as the UN and the SCO, giving a considerable boost to CICA’s global standing.

Since assuming chairmanship, Tajikistan has worked hard for CICA’s development. The Dushanbe Summit gives all of us — China, Tajikistan and other member states — an excellent opportunity to upgrade CICA cooperation and contribute more to the security and development of Asia and beyond.

As an ancient Chinese philosopher observed, “Even for small matters, success will not come without hard work.” Likewise, a proverb in Tajikistan goes, “With perseverance, ants will be able to move mountains.” My visit will send the message that China is ever ready to work unremittingly with Tajikistan to create a brighter future of our friendship.