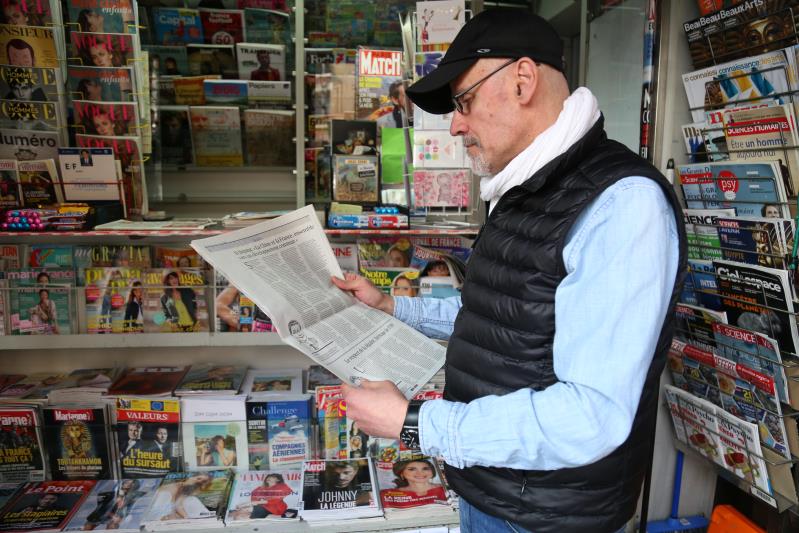 A signed article by Chinese President Xi Jinping titled “Move Together Toward Common Development” was published in French newspaper Le Figaro ahead of his state visit to the European country.

An English version of the full text of the article is as follows:

Move Together Toward Common Development

President of the People’s Republic of China

Invited by President Emmanuel Macron, I will soon pay my second state visit to France.

Five years ago, in a balmy spring, I paid my first state visit to France as the two countries celebrated 50th anniversary of diplomatic relations. It gave us an opportunity to review the past, plan for the future and open up a new era of close and enduring comprehensive strategic partnership between the two countries. Five years later, again in a blossoming spring season, I am to make another visit to France. I take great delight to see that China-France relationship is beaming with vigor and spring.

On this visit, I will bring with me goodwill toward France. Such goodwill is based on the admiration both from the Chinese people and from myself for the splendid history and culture and the unique charm that France has to offer. It is also inspired by how our two great cultures have engaged and illuminated each other. I will bring with me special friendship toward the French people. Such friendship is rooted in the longstanding friendly ties between our two countries, and reinforced by the closeness between our peoples with mutual respect and mutual trust. I will bring with me great expectations for further growth of our bilateral relationship. I find reasons for such expectations from our past 55 years of mutual support and win-win cooperation, and more so from the great potential and future prospects that our bilateral relations hold.

— We are making steadier progress in pushing our relations forward. I have built a good working relationship with President Macron through the exchange of meetings, phone calls and correspondence. The two sides have deepened political mutual trust, intensified high-level exchanges and maintained high-quality communication and coordination through the 30-plus dialogue and consultation mechanisms in the strategic, economic, financial, cultural and other fields. We have developed more common views on major international issues, carried out sound cooperation under the United Nations, the G20 and other frameworks, and jointly worked for peaceful settlement of regional hotspots, playing our important roles in upholding global peace, stability and development. By working together for the conclusion and implementation of the historic Paris Agreement, our two countries have led the way in the global response to climate change.

— We are making the pie of our converging interests bigger. In a short span of five years, our bilateral trade has expanded by more than $13 billion, and mutual investment increased by over $20 billion. French beef and other quality agricultural produce are becoming increasingly popular among Chinese consumers. The Taishan 1 nuclear reactor built under China-France collaboration has become the world’s first EPR (European Pressurized Reactor) unit connected to grid. The Hinkley Point nuclear power plant, an iconic trilateral project between China, France and Britain, has got off to a good start. The China-France Oceanography Satellite (CFOSat) has entered into orbit. We are tapping our cooperation potential in sustainable development, finance, medicine and health, and other fields. As our cooperation in third markets grows, we are making good progress in jointly undertaking the Belt and Road Initiative.

— We are cementing the foundation of our friendship. With 102 pairs of sister provinces and cities, the two countries have developed a thick network of subnational exchanges and cooperation. In 2018, nearly 40,000 Chinese students were studying in France, more than 100,000 French students were studying Chinese, and a record number of Chinese tourists visited France. Paris has more direct flights to China than most other European cities. Like a myriad of small streams converging into a mighty river, the various close personnel and cultural exchanges have enriched our friendship.

Spring is the sowing season. During my visit, in addition to reaping the fruits of our growing relationship over the past five years, I also look forward to the two sides working together to sow the seed of hope for future cooperation.

As I said, China and France are special friends and win-win partners. The world is undergoing major changes rarely seen in a century and humanity stands at a critical stage of development. The challenges and risks we confront are ever more complex, and the opportunities we could grasp are just as unprecedented. As France’s comprehensive strategic partner, China will continue to forge ahead with France shoulder to shoulder. I hope the two sides will seize the historic opportunity, meet challenges with joint efforts, and deepen strategic mutual trust in order to broaden the horizon for our common development and shared prosperity. 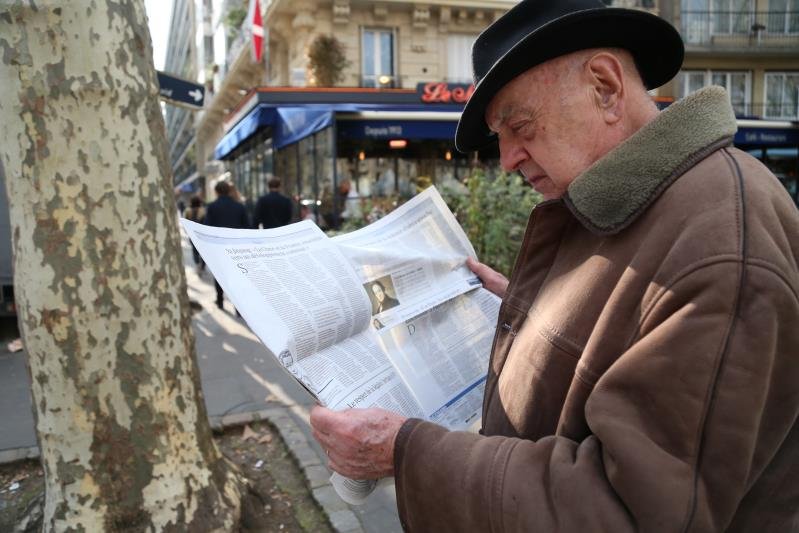 To succeed in this endeavor, it is most important that we act out four key principles:

Independence. Guided by a spirit of independence 55 years ago, China and France took the lead in breaking Cold War barriers and reached out to each other. We must stay true to this spirit as we face a fluid international situation and rising protectionism and unilateralism. We must stay the course instead of drifting with the tide. We must uphold our independence and show mutual respect, and continue to lead as an example for countries with different social systems, cultural backgrounds and stages of development to live side by side in friendship and cooperation. This way, we will contribute our share to multi-polarity and greater democracy in international relations.

Openness and win-win. Both China and France are great nations   that cherish the tradition of openness and the spirit of cooperation. China has carried out reform and opening-up for 40 years, and will only open wider in the future. I hope our two countries will continue to stand together to unequivocally reject protectionism, uphold an open world economy and make economic globalization more open, inclusive, balanced and beneficial for all. China hopes to work with France to deepen all-round cooperation in the traditional areas of nuclear energy, aviation and aerospace, develop new areas of cooperation such as agriculture and technological innovation, and make greater headway in our cooperation under the Belt and Road Initiative and in third markets. We welcome France to the China International Import Expo, and want to import more high-quality French products and services to meet the Chinese people’s growing needs for a better life. We hope more French companies will choose to invest and do business in China to share in the country’s development opportunities. We also hope to see Chinese businesses do better in France and contribute more to France’s economic and social development.

Inclusiveness and mutual learning. The progress of human history shows that exchanges and mutual learning between civilizations have made our world a more colorful place and provided a powerful underpinning for cooperation among countries and nations. As representatives of Eastern and Western cultures, China and France both celebrate the fine tradition of being open and inclusive. I hope our two countries will take bigger strides in our cooperation in culture, tourism, education, sports, youth affairs, and at the subnational level, and hope to see our cooperation play an exemplary role in driving the cultural and people-to-people exchanges between China and the West.

A strong sense of responsibility. What has happened in the past 55 years shows that China and France, working together, could make a difference. At a time when humanity stands at a critical juncture of development, major countries must rise to the challenge. China and France are both permanent members of the UN Security Council. China hopes to strengthen coordination with France to safeguard multilateralism and uphold the basic norms governing international relations as underpinned by the purposes and principles of the UN Charter. We need to join hands to tackle challenges, promote global prosperity and stability and build a community with a shared future for mankind.

The Chinese believe that “a one-thousand-mile journey starts with the very first step”, while Victor Hugo said “that little time is enough to change all things.” We now stand at a new starting point. Let China and France join hands and set off in solid steps on a common journey toward new and greater achievements in China-France cooperation.