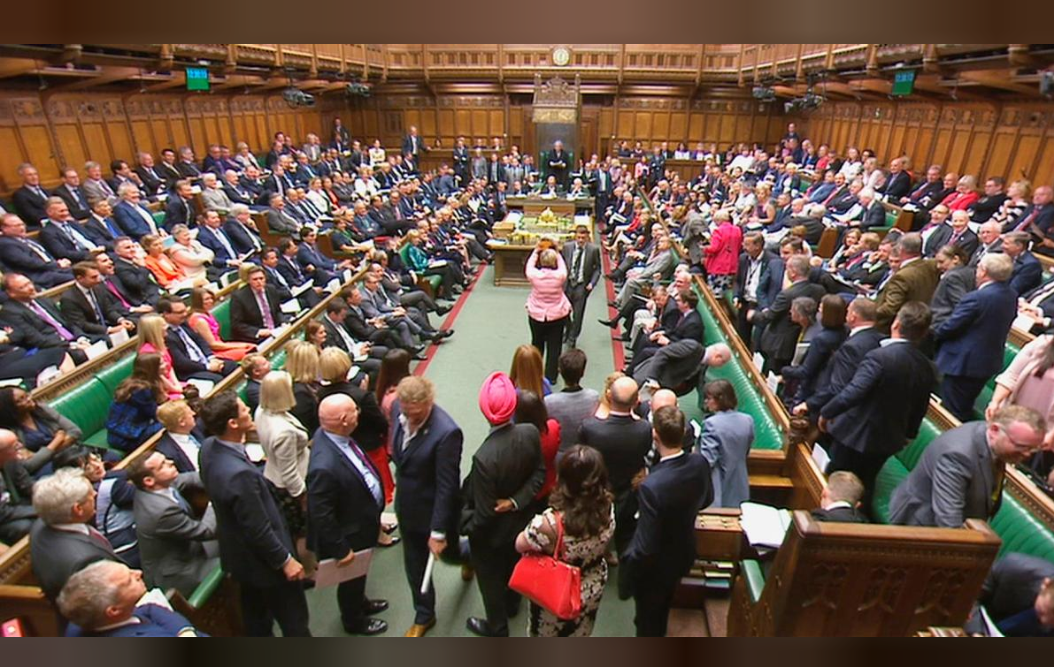 Members of Parliament for the Scottish National Party (SNP) walk out of the House of Commons during Prime Minister's Questions after their leader Ian Blackford was asked to leave by the Speaker, in London, Britain, June 13, 2018 (Photo: Reuters)

Lawmakers from the Scottish National Party (SNP) staged a dramatic walkout from the British parliament on Wednesday after their leader was ordered to leave the House of Commons in a row over Brexit.Ian Blackford was thrown out of the chamber by the Commons Speaker because he refused to sit down after demanding a new debate on Scotland and Brexit.He was followed by some 30 of his SNP members.

On Tuesday, British lawmakers had voted to push through Brexit legislation including measures affecting Scotland such as agriculture and fisheries which did not have the consent of Holyrood, the devolved Scottish parliament where the SNP is the biggest party.

That caused widespread anger north of the border and accusations by the SNP that Prime Minister Theresa May’s government is ignoring Scotland.

Blackford told the BBC after his ejection that the government was showing a lack of respect for Scotland and added: “let’s be under no illusion - this is a constitutional crisis.”

“We are giving message to the government that we will take them on, we are not prepared to sit back and see powers taken from the Scottish parliament,” he added.

“We will use parliamentary devices to hold this government to account.”