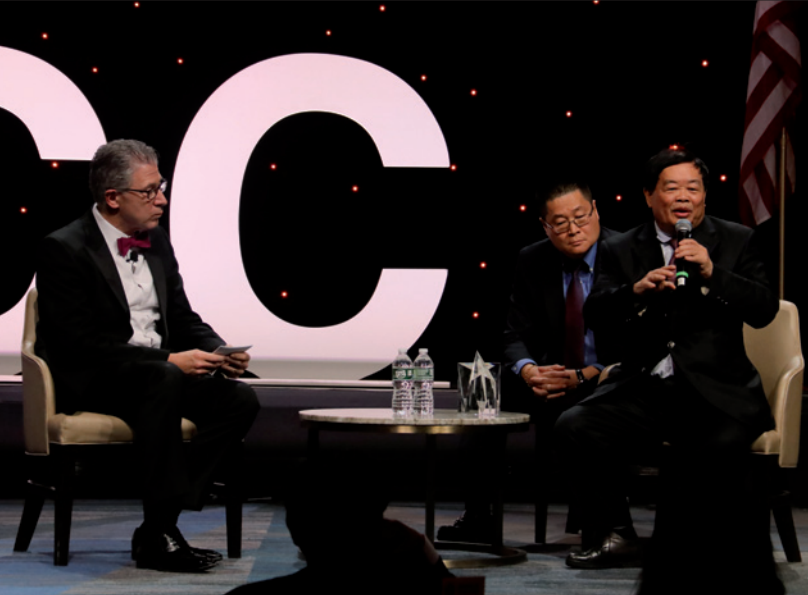 When a husband-and-wife team wanted to make a documentary on a Chinese-owned factory in Ohio, the company provided them open access.

Perhaps it was that unfiltered look at Fuyao Glass America in Moraine, Ohio, that helped motivate members of the Academy of Motion Picture Arts and Sciences to award the film American Factory the Academy Award for Best Documentary Feature on Sunday.

The documentary garnered heightened publicity in April 2019, after it was acquired by former US president Barack Obama and former first lady Michelle Obama's production company Higher Ground as the company's first project, in partnership with Netflix.

The film tells the story of Fuyao's first automotive-glass factory in the United States, which was set up at a shuttered General Motors plant in 2015, employing 2,000 local blue-collar workers. Fuyao, the largest auto-glass manufacturer in the world, is based in Fuqing, in East China's Fujian province. 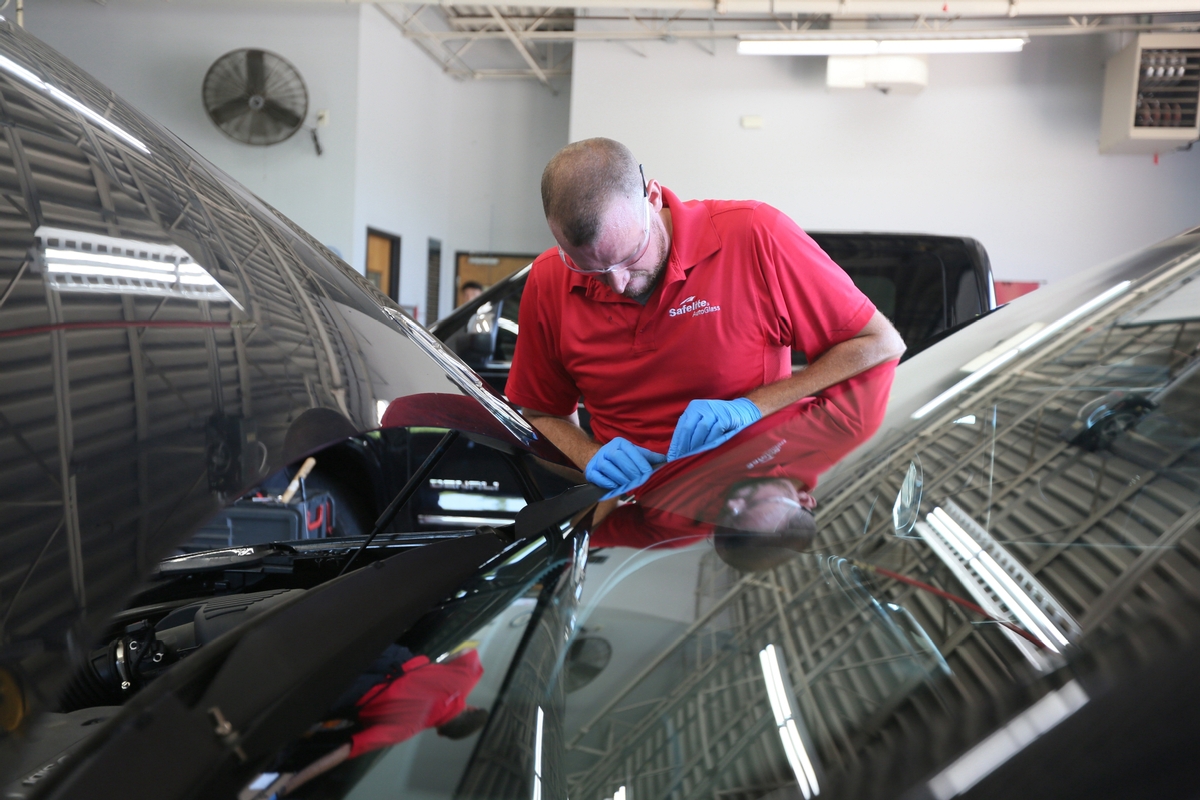 A file photo dated July 26, 2019, shows a local worker installing a vehicle with the glass manufactured by Fuyao Glass Industry Group in NYC, US. (Photo: Xinhua)

"I think it's a worthy win, and in some ways I was surprised in watching the film that some of the people on the Chinese side, including the CEO of the Chinese corporation, was so open in his remarks; all of that made it into the film," said Stanley Rosen, a political science professor at the University of Southern California and an expert on Chinese film. "I think there were a lot of revealing aspects to that film."

The film details the difficulties stemming from cultural clashes between Chinese management and technicians and American workers at the company, providing a window on the impact of globalization in the workplace.

The Academy Award went to co-directors Julia Reichert and Steven Bognar, a couple living in Dayton, Ohio. They shared the Oscar with producer Jeff Reichert.

"Our film is from Ohio and China," Reichert said in her acceptance speech. "But it really could be from anywhere that people put on a uniform and punch a clock, trying to make their families have a better life."

Bognar expressed his gratitude in his speech, especially thanking the chairman of Fuyao Group in Chinese.

"Thank you, Academy. Xie xie (thank you), Cho Tak Wong. Thank you to everyone who trusted us to tell your story," he said.

China Daily interviewed Cho about the film in January, as he made an annual visit to Fuyao in Ohio.

He said that over three years, the production crew was granted complete access to Fuyao's plants in both Ohio and China, "no matter if I was in a meeting or giving a speech", adding that the directors recorded 1,300 hours of life at Fuyao.

"They asked me where my boundary line is; I told them I'm OK with everything they do," he said.

Cho stressed that one of the key elements for Fuyao's successful landing in the US is "openness".

"We don't hide anything," he said. "I made a promise when I landed in Ohio, if (anyone in the US) wants to know the state of China's industry, just come here, that's my promise."

"And I think as a Chinese, we should take everything seriously," Cho added.

After the film debuted on Netflix in August, "FGA's executives were panicked, they even planned to organize an emergency-response team to deal with the doubt," Cho said.

"Someone suggested that I should contact them (the production team) to ask to revise the film, but I said it's OK, there's no need to make changes," he said. "I watched the film once, and I thought, there's no problem," he said.

"Those who know it will know that's what a documentary is like," Cho added.

And the workers from both countries eventually found common ground.

"We Chinese and Americans have come together so much in the past five years," Carrie Yount, FGA technical supervisor, told China Daily.

"I think we all made such progress to start off, sweeping the floors and getting things built to now. I would say we are family," said Yount, who has worked at FGA for more than four years.

The Obamas tweeted to congratulate the American Factory team for the Oscar win.

"Congrats to Julia and Steven, the filmmakers behind American Factory, for telling such a complex, moving story about the very human consequences of wrenching economic change. Glad to see two talented and downright good people take home the Oscar for Higher Ground's first release," Barack Obama wrote after the award was announced.

Michelle Obama added: "Congrats to Julia, Steven, and the whole crew on winning Best Documentary for American Factory, Higher Ground's first release! So glad to see their heart and honesty recognized — because the best stories are rarely tidy or perfect. But that's where the truth so often lies," she wrote.

"I think that film (American Factory) presented a very balanced and a very thoughtful look at the impact that globalization has both in the US and in China. It kind of symbolizes what's going in a lot of the rest of the world," said Robert D. Cain, award-winning screenwriter and producer.

"I was glad to see that it was not critical of anybody," he added. "It was just trying to explore what was happening. So, the characters on the both sides of the story were sympathetic and understandable and interesting, and yes, it helps to understand this issue in a deeper way."

Fuyao announced at the beginning of 2020 that it would invest $46 million into its Ohio plant and also create 100 new jobs, which would increase staff in Moraine to 2,400.