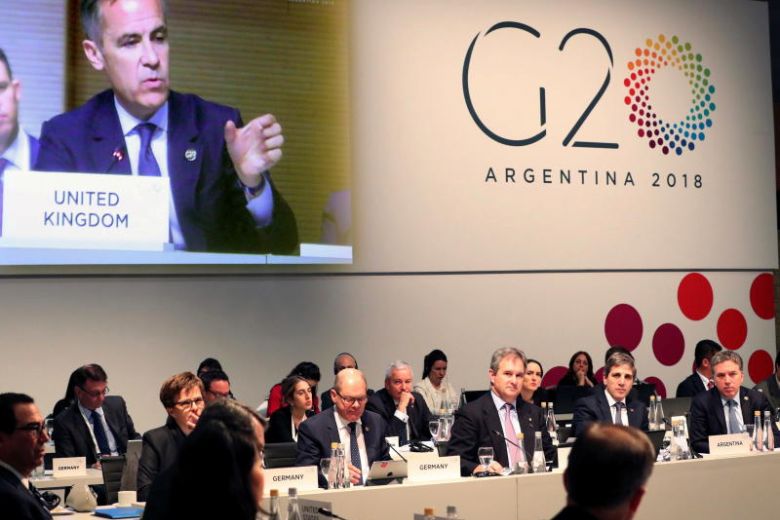 The G-20 emphasised "the need to step up dialogue and actions to mitigate risks and enhance confidence," in its final communique after a summit dominated by fears over an escalating global trade conflict.

The statement did not mention the United States, which is at the center of multiple trade disputes, but was still stronger than the statement in March when the G-20 avoided the issue altogether.

G-20 ministers described current global economic growth as "robust" in the communique but cautioned that "short and medium term" risks "have increased." As well as trade tensions, the communique identified "rising financial vulnerabilities," "global imbalances" and "inequality" amongst the risks.

The ministers and central bank chiefs met against a backdrop of the United States trading punitive tariff sanctions with the European Union and China, amongst others.

US President Donald Trump's protectionist policies had come under fire as EU finance chief Pierre Moscovici called on the US to act not as "foes but allies."

French finance minister Bruno Le Maire denounced trade actions that are creating a "survival of the fittest" mentality and said the US must "de-escalate" first.

In response to the communique, International Monetary Fund chief Christine Lagarde spoke out against the tit-for-tat tariffs and urged that "trade conflicts be resolved via international cooperation without resort to exceptional measures."

She added that to combat financial volatility, "exchange rate flexibility should continue to play a role in buffering shocks in emerging economies, and prudential policies should address financial vulnerabilities everywhere."

The G-20 statement reaffirmed commitments made in March on exchange rates, when the ministers agreed to "refrain from competitive devaluations, and will not target our exchange rates for competitive purposes."

In his most recent attack on trading partners, Trump last week accused China and the European Union of violating that commitment, by keeping their currencies and interest rates low, while the US dollar is strengthening and eroding the American competitive advantage.

(Top photo: Governor of the Bank of England Mark Carney (front row and on screen) during a meeting of the Group of 20 (G-20) Finance Ministers and Central Bank Governors, in Buenos Aires, Argentina, on July 22, 2018.PHOTO: EPA-EFE)