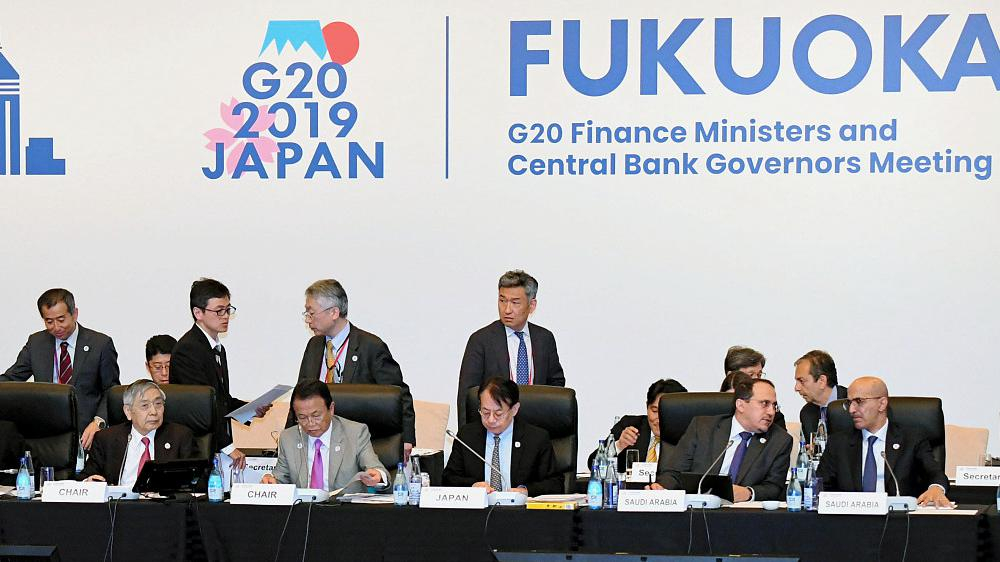 The global economy is expected to pick up moderately later this year and into 2020 as stimulus measures are taking effect in some countries, and one-off factors are dissipating. However, growth remains low and risks remain, especially trade and geopolitical tensions, said the communique.

The communique stressed the important role of flexible fiscal policy and enhanced structural reform. G20 economies will use policy tools to achieve the goal of strong, sustainable, balanced and inclusive growth, and guard against downside risks.

"We met at a time when the global economy is showing tentative signs of stabilizing and growth is projected to strengthen. While this is good news, the road ahead remains precarious and subject to several downside risks," said Lagarde in a statement

"To mitigate these risks, I emphasized that the first priority should be to resolve the current trade tensions, including eliminating existing tariffs and avoiding new ones," Lagarde said.

As for the current account imbalances, G20 financial chiefs suggested that calibrated macroeconomic and structural policies tailored to country-specific circumstances are necessary to address excessive imbalances and mitigate the risks.

Meanwhile, the composition of funding should also be monitored as some forms, such as foreign direct investment, provide more stable funding than others.

Infrastructure is a driver of economic growth

The positive impact of infrastructure should be maximized to achieve sustainable growth, said the communique.

In addition, G20 financial chiefs also agreed to compile rules on close loopholes used by global tech giants. A program with a two-pillar approach on big tech tax will be finalized by 2020, according to Reuters.