OSAKA, Japan, June 29 (Xinhua) - The 14th Group of 20 (G20) summit concluded here on Saturday with a pledge to realize a free, fair, non-discriminatory, transparent, predictable and stable trade and investment environment, and to keep markets open.

Reaffirming their support for the necessary reform of the World Trade Organization (WTO) to improve its functions, the G20 leaders said they would work constructively with other WTO members in the lead up to the 12th WTO Ministerial Conference. 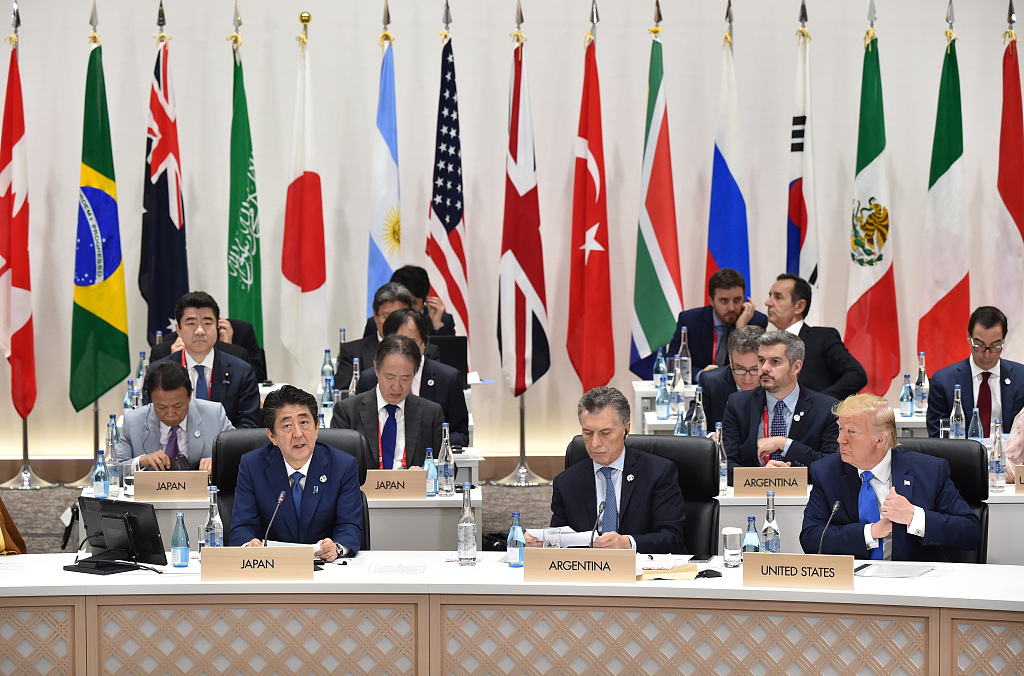 They agreed that action is necessary regarding the functioning of the dispute settlement system consistent with the rules as negotiated by WTO members.

Recognizing the complementary roles of bilateral and regional free trade agreements that are WTO-consistent, the G20 leaders said they would work to ensure a level playing field to foster an enabling business environment.

Noting that global economic growth remains low and risks are tilted to the downside, and most importantly, trade and geopolitical tensions have intensified, the G20 leaders said they will continue to address these risks and stand ready to take further action.

They reaffirmed their commitment to using all policy tools to achieve strong, sustainable, balanced and inclusive growth, and safeguard against downside risks by stepping up their dialogue and actions to enhance confidence.

The two-day summit discussed issues pertaining to the global economy, multilateral trade, development and climate change, among others.

Established in 1999, the G20 is a central forum for international cooperation on financial and economic issues. It comprises 19 countries plus the European Union.