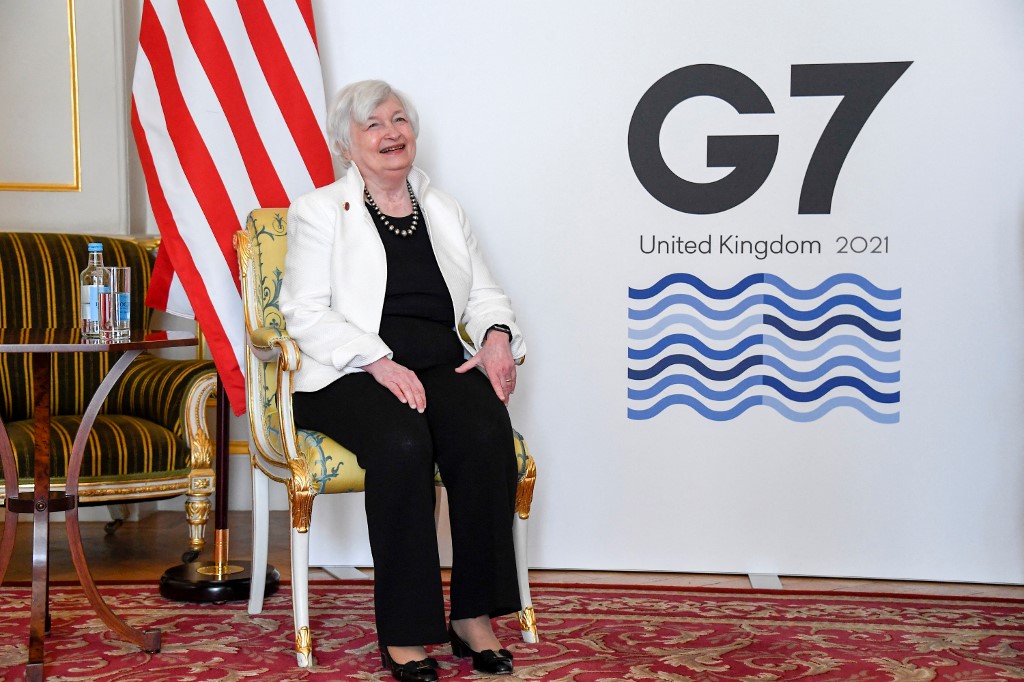 US Treasury Secretary Janet Yellen poses for a photograph on the second day of the G7 Finance Ministers Meeting, at Lancaster House in London on June 5, 2021. (Photo: AFP)

Calling it a "significant, unprecedented" commitment, Yellen said in a statement that the global minimum tax would end the race-to-the-bottom in corporate taxation, and ensure fairness for the middle class and working people in the United States and around the world.

"The global minimum tax would also help the global economy thrive, by leveling the playing field for businesses and encouraging countries to compete on positive bases," she said.

The British Treasury, meanwhile, said in a statement that the principle of at least 15 percent global minimum corporation tax operated on a country by country basis creates a more level playing field for British firms and cracks down on tax avoidance.

The G7 agreement came about two weeks after the U.S. Treasury Department said it had proposed that the global minimum tax rate should be at least 15 percent, noting that the final rate could go even higher.