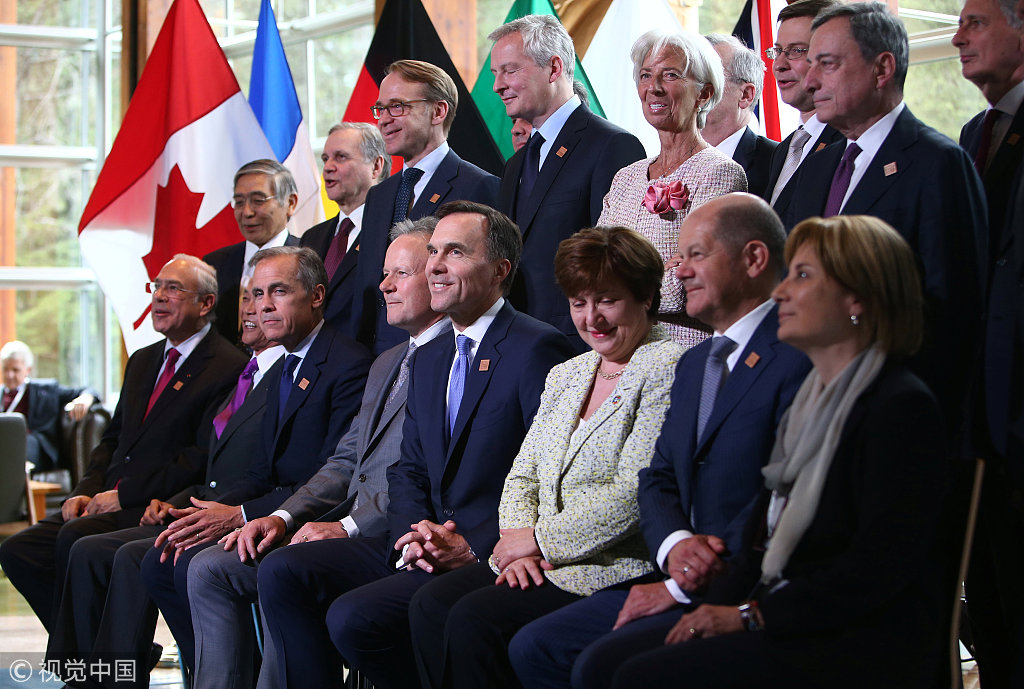 Finance leaders of the closest US allies vented anger over the Trump administration’s metal import tariffs on Saturday, ending a three-day meeting with a stern rebuke of Washington and setting up a heated fight at a G7 summit next week in Quebec.

In a rare show of division among the normally harmonious club of wealthy nations, the six other G7 member countries issued a statement asking US Treasury Secretary Steven Mnuchin to convey their “unanimous concern and disappointment” about the tariffs to President Donald Trump.

The 25 percent steel and 10 percent aluminum tariffs were imposed this week on Mexico, Canada and the European Union after temporary exemptions expired.

“We’re concerned that these actions are actually not conducive to helping our economy, they actually are destructive, and that is consistently held across the six countries that expressed their point of view to Secretary Mnuchin,” Canadian Finance Minister Bill Morneau said at a news conference after the meeting ended in the Canadian mountain resort town of Whistler, British Columbia.

“I’ve been to these meetings for a long time. But this is a very rare case where opposition against the United States was unanimous,” Aso told reporters.

Speaking separately after the meeting, frequently referred to as the “G6 plus one,” Mnuchin told reporters that he was not part of the six-country consensus on trade and said Trump was focused on “rebalancing our trade relationships.”

Mnuchin rejected comments from some G7 officials that the United States was circumventing international trade rules with the tariffs or ceding leadership of a global economic and trading system it largely built after World War Two.

“I don’t think in any way the US is abandoning its leadership in the global economy, quite the contrary. I think that we’ve had a massive effort on tax reform in the United States which has had a incredible impact on the US economy,” Mnuchin said.

The US Treasury chief said he has already relayed some of the G7 comments to Trump and added that the US president would address trade issues with other G7 leaders, but declined to speculate on any outcomes.

Just before the G7 meeting ended, Trump wrote on Twitter that “the United States must, at long last, be treated fairly on Trade. If we charge a country ZERO to sell their goods, and they charge us 25, 50 or even 100 percent to sell ours, it is UNFAIR and can no longer be tolerated. That is not Free or Fair Trade, it is Stupid Trade!”

All six of the other G7 countries - Britain, Canada, France, Germany, Italy and Japan - are now paying the metals tariffs.

Canada and Mexico, which are embroiled in talks with the United States to update the North American Free Trade Agreement, responded to the move by announcing levies of their own on a variety of US exports.

The EU is set to retaliate with tariffs on a range of US goods, from Harley-Davidson motorcycles to jeans and bourbon.

French Finance Minister Bruno Le Maire said the United States has only a few days to avoid sparking a trade war with its allies and it was up to Washington to make a move to de-escalate the tensions.

Speaking after the meeting, Le Maire said the EU was poised to take counter-measures against the new US tariffs.

German Finance Minister Olaf Scholz said G7 countries also told Mnuchin about their opposition to new US sanctions on Iran, which will affect European companies. Trump announced last month that he was pulling the United States out of an international nuclear agreement with Tehran.

“There were several issues discussed at the G7 over which there was no agreement,” Scholz told reporters. “That’s really quite unusual in the history of the G7.”