G7 nations should collectively spend a trillion dollars a year over the next decade to put the world on a path to sustainable growth, a report requested by Britain's prime minister said on Monday. 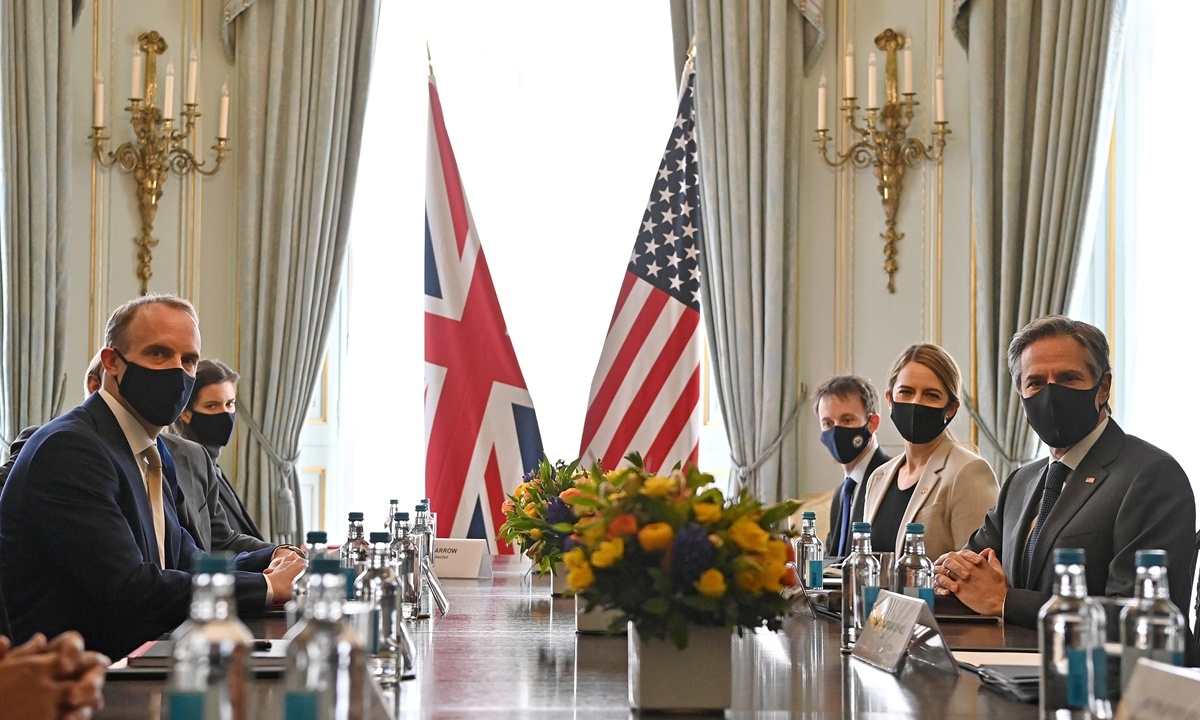 Britain's Foreign Secretary Dominic Raab, left, poses for a photo with US Secretary of State Antony Blinken, right, ahead of their bilateral talks as part of the G7 foreign ministers meetings in London, the UK, on May 3. (Photo: VCG)

As rich countries, still reeling from a pandemic that saw global GDP drop 4 percent in 2020, transition from rescue to recovery, investment must flow in the right direction, said lead author Nicholas Stern, former chief economist at the World Bank and author of the landmark Stern Review on the Economics of Climate Change.

The shift from brown to green energy, the protection and restoration of nature, reducing social inequality, facilitating the rollout of vaccines in developing nations - all of these goals must be pursued at once, the report noted.

"The world is confronting a complex set of interwoven challenges," Stern told journalists in a Zoom press call as the report was released. "Unless you tackle them together, you are not going to do very well on any of them."

"Get it right, and we have a much more attractive way of growing and developing," he added.

"Get it wrong, and we have a lost decade for development, stuttering growth, increased problems of social cohesion in the richer world, and we undermine the future of the climate and biodiversity for generations to come."

A G7 gathering in England starting June 11 is an opportunity for wealthy nations to take the lead, he added.

A trillion dollars a year spread across these seven economies would translate to about 2 percent of their pre-pandemic GDPs, the report calculated.

It said that G7 nations should not leave the June meeting without closing the $20 billion funding gap for COVAX.