Some of the world's richest nations are within touching distance of a historic deal to close the net on large companies which do not pay their fair share of tax, France and Germany said on Friday after a day of talks in London. 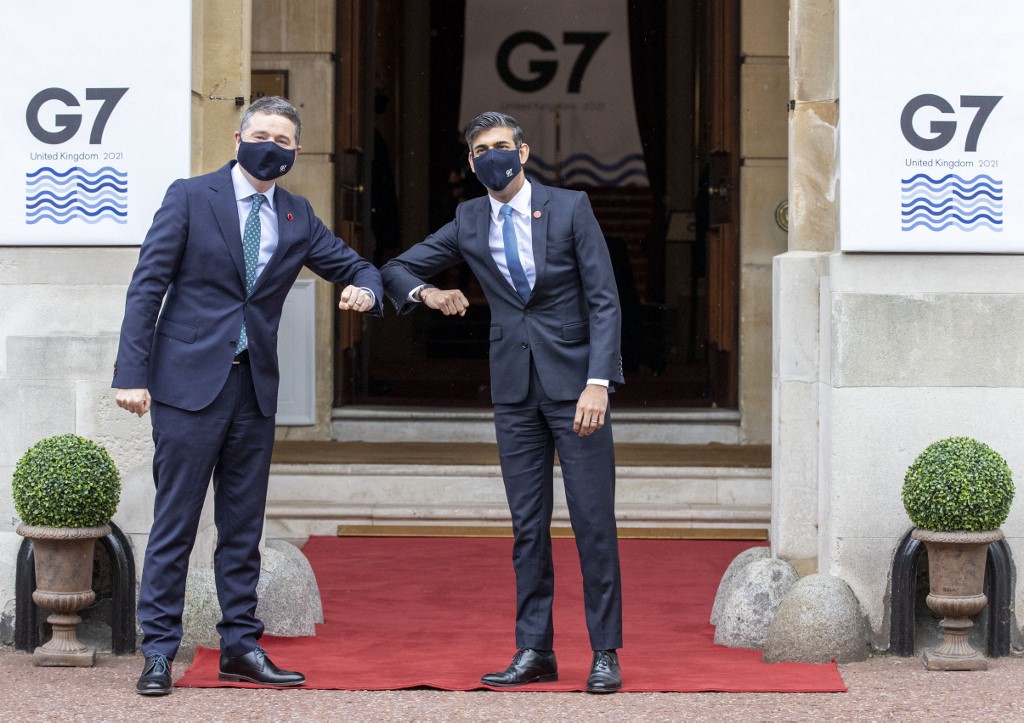 Finance ministers from the Group of Seven rich nations are meeting in person for the first time since the start of the COVID pandemic, after U.S. President Joe Biden's administration gave fresh impetus to stalled global tax talks this year.

Rich nations have struggled for years to agree a way to raise more tax from large multinationals such as Google, Amazon and Facebook, which often book profits in jurisdictions where they pay little or no tax.

Opening the summit, which is tackling a broad range of issues from climate to recovery from the pandemic, UK Chancellor Rishi Sunak said the nations "need to meet our ambitions on tackling climate change and ensuring that the way we tax large, global, especially digital, companies is fair and fit for the modern age."

In a letter on Friday, the finance ministers of France, Italy and Germany said they would work together to define "a common position on a new international tax system" at the meetings.

U.S. Treasury Secretary, Janet Yellen, has proposed a minimum global tax rate of 15 percent. That is significantly lower than most G7 states currently have in place, but the plans were expected to face opposition from other economies that benefit from multinationals setting up bases there. Ireland - a member of the European Union - has a corporate tax rate of 12.5 percent, for example.

And there is likely to be plenty of opposition from the companies affected, especially global tech firms whose services are digital and naturally unconstrained by borders.

In recent years, some governments have called for the likes of Facebook and Google to pay more taxes in the countries they operate in and when they benefit from people using their services. The UK and France are two nations that have planned a digital services tax on technology giants.

Such moves were strongly opposed by president Trump but his successor in the White House, Joe Biden, has shown more willingness to tax large corporations.

Sunak said the fact that tech firms were so dominant in our daily lives meant new rules needed to be established.

"It is increasingly clear that in a complex, global, digital economy, we cannot continue to rely on a tax system that was largely designed in the 1920s. And I will just say this: the world has noticed. And I believe they have high expectations for what we all can agree over the coming days."

Any concrete progress out of the London meetings will require broader support though. A gathering of the wider G20 economies in Italy in June is one possible date when more international consensus can be tested.

The stakes are high but any changing of the rules will face strong resistance from governments and businesses alike.