G7 leaders will create a "climate club" by the end of the year that will allow willing nations to coordinate and speed up efforts to tackle global warming, they said in a statement Tuesday. 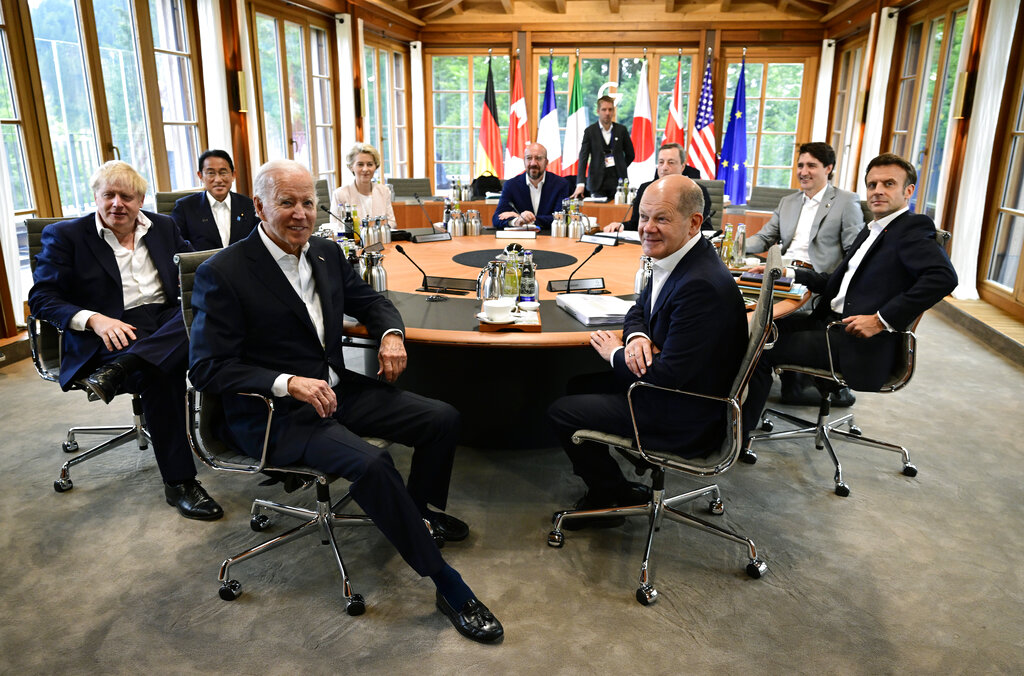 The club, open to all countries committed to the Paris climate pact, will have "a particular focus on the industry sector, thereby addressing risks of carbon leakage for emission intensive goods, while complying with international rules," the Group of Seven said in a final statement after a three-day summit.