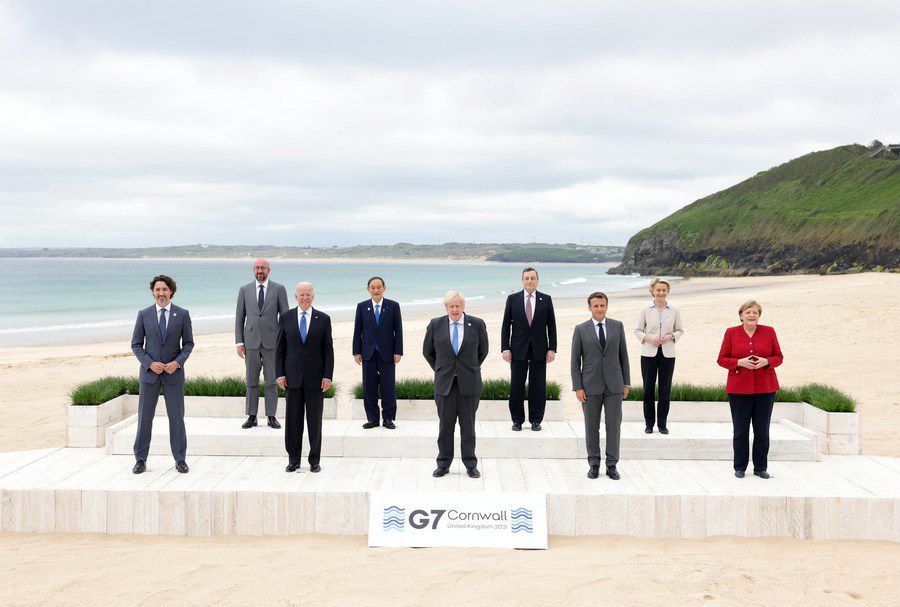 GENEVA, June 13 (Xinhua) - Leaders of G7 countries have agreed in an agreement at their summit to share at least 870 million doses of COVID-19 vaccines directly, at least half of which are to be delivered by the end of 2021, the World Health Organization (WHO) said on Sunday.

In a statement, WHO said the G7 countries have reaffirmed their support for COVAX, a WHO-led international campaign for equitable access to COVID-19 vaccines globally, as "the primary route for providing vaccines to the poorest countries."

While welcoming the G7's commitment, COVAX partners have also called for their continued support for exporting the vaccines in significant proportions, promotion of voluntary licensing and not-for-profit global production.

COVAX has been facing an urgent supply gap, according to the WHO, and is focused on securing as many shared doses as possible immediately. It will work with the G7 and other countries that have stepped up to share doses as rapidly and equitably as possible, to address short-term supply constraints and minimize the prospect of future deadly variants.

"Many other countries are now facing a surge in cases -- and they are facing it without vaccines. We are in the race of our lives, but it's not a fair race, and most countries have barely left the starting line," said WHO Director-General Tedros Adhanom Ghebreyesus. "But we need more, and we need them faster," he added.

"This is an important moment of global solidarity and a critical milestone in the push to ensure those most at risk, everywhere are protected," said Seth Berkley, CEO of Gavi, the Vaccine Alliance.

"As we strive towards our goal of ending the acute phase of the pandemic, we look forward to working with countries to ensure these doses pledged are quickly turned into doses delivered," he added.

The G7 has committed one billion doses since the February 2021 virtual G7 Early Leaders' Summit, including pledges made at the G20 Global Health Summit and the Gavi COVAX Summit.