The G7 will give $20 million (18 million euros) to send firefighting planes to tackle the blazes engulfing parts of the Amazon, the presidents of France and Chile said Monday. 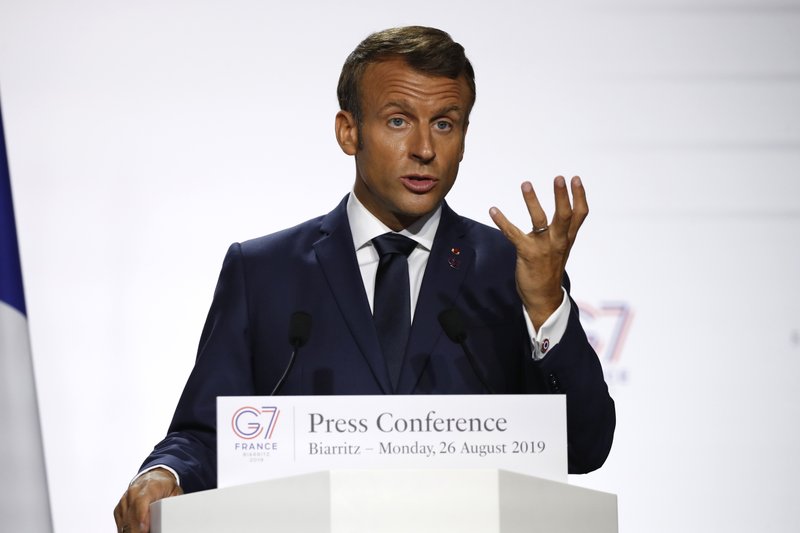 "We must respond to the call of the forest which is burning today in the Amazon," France's Emmanuel Macron said as President Sebastian Pinera of Chile, a guest of the G7, underlined that "countries of the Amazon are in dire need of fire brigades and water bomber planes."

Nearly 80,000 forest fires have broken out in Brazil since the beginning of the year -- just over half of them in the massive Amazon basin that regulates part of Earth's carbon cycle and climate.

G7 countries made the $20 million aid offer to fight the blazes at the Biarritz summit hosted by Macron, who insisted they should be discussed as a top priority.

"We appreciate (the offer), but maybe those resources are more relevant to reforest Europe," Onyx Lorenzoni, chief of staff to President Jair Bolsonaro, told the G1 news website.

"Macron cannot even avoid a foreseeable fire in a church that is a world heritage site," he added, referring to the fire in April that devastated the Notre-Dame cathedral. "What does he intend to teach our country?"

The presidency later confirmed the comments to AFP.

Brazilian environment Minister Ricardo Salles had earlier told reporters they had welcomed the G7 funding to fight the fires that have swept across 950,000 hectares (2.3 million acres) and prompted the deployment of the army.

But after a meeting between Bolsonaro and his ministers, the Brazilian government changed course.

"Brazil is a democratic, free nation that never had colonialist and imperialist practices, as perhaps is the objective of the Frenchman Macron," Lorenzoni said.

Although about 60 percent of the Amazon is in Brazil, the vast forest also spreads over parts of eight other countries or territories, including the French overseas territory of Guiana on the continent's northeast coast.

Hundreds of new fires have flared up in the Brazilian part of the forest, data showed Monday, even as military aircraft dumped water over hard-hit areas.

Smoke choked Porto Velho city and forced the closure of the airport for nearly two hours as fires raged in the northwestern state of Rondonia where firefighting efforts are concentrated.

Bolsonaro -- a climate-change skeptic -- has faced criticism over his delayed response to the fires at home and thousands have taken to the streets in Brazil in recent days to denounce the destruction.

The blazes have also fueled a diplomatic spat between Bolsonaro and Macron, who have locked horns repeatedly over the past week.

The French president has threatened to block a huge new trade deal between the European Union and Latin America unless his Brazilian counterpart takes serious steps to protect the fast-shrinking forest from logging and mining.

Bolsonaro reacted by blasting Macron for having a "colonialist mentality," and days later endorsed vicious personal comments about the French president's wife posted online, driving their relationship to a new low.

In another sign of tension, Bolsonaro skipped a meeting last month with visiting French Foreign Minister Jean-Yves Le Drian, saying that he had instead gone to the hairdresser.