The Group of Seven (G7)'s politically driven initiative to offer up to $40 trillion to help low- and middle-income countries in infrastructure projects is "doomed to fail," as the G7 economies battered by COVID-19 couldn't come up with a feasible plan that can compete with the China-proposed Belt and Road Initiative (BRI), experts said Tuesday. 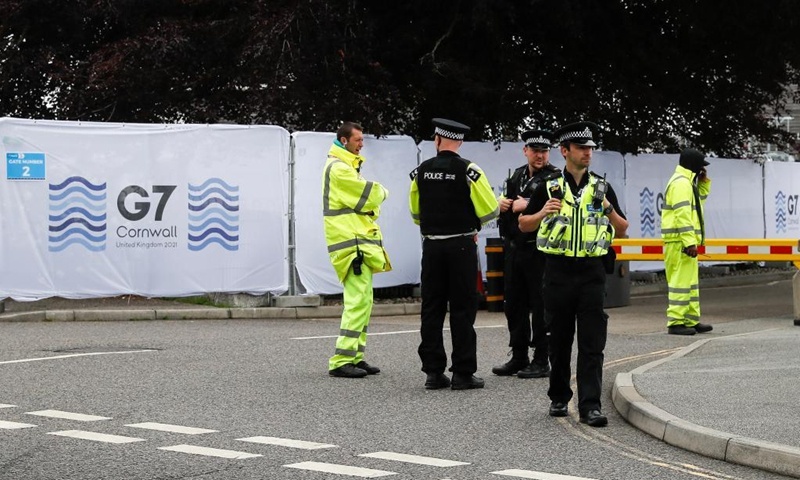 The initiative, pushed by the US, has been widely viewed as a move to counter the BIR, which has been implemented in numerous countries and regions around the world with tangible results.

"The political meaning of the B3W initiative far outweighs the material results it may yield," Zhao Gancheng, a research fellow at the Shanghai Institute for International Studies, told the Global Times on Tuesday.

"By reaching an agreement to counter China - though with slim hope of implementation - G7 nations are trying to show their solidarity," Zhao said, adding that major Western countries have made too many empty commitments to aid developing countries over the past 20 years, especially after the financial crisis.

With the B3W, the G7 countries also failed to offer details such as which country will be responsible, where the capital will come from and what timetables will apply.

By contrast, the BRI is being carried out persistently, with China having signed cooperation agreements with around 140 countries and regions, including G7 member Italy, and 31 international organizations since 2013. In the past eight years, China's direct investment in these countries and regions totaled about $136 billion, official data showed.

Although some Western politicians tout the cliché of "Chinese debt trap," rising evidences show that projects have been carried smoothly. One example of that is Turkmenistan's recent action of paying off loans offered by China for a pipeline project and the first stage of development at Galkynysh - a major gas field in the country.

AFP reported that officials in Turkmenistan said recently that they had paid off a loan offered by China Development Bank "on time and in full."

Qian Feng, director of the research department at the National Strategy Institute at Tsinghua University, told the Global Times on Tuesday that the case of Turkmenistan shows that the BRI serves as a promising framework for international cooperation and brings win-win results for BRI countries and regions.

"China's investments in BRI countries and regions are based on both economic benefits and humanitarian principles, and therefore it's willing to invest in projects in countries with potential risks and credit rating problems. In this regard, the B3W couldn't compete as its private-sector capital providers put investment yields first," Qian said.

He said that the Biden administration's massive infrastructure package to revive the US economy has faced high hurdles at home, and therefore the administration is unlikely to be able to implement the more ambitious B3W with its G7 partners.