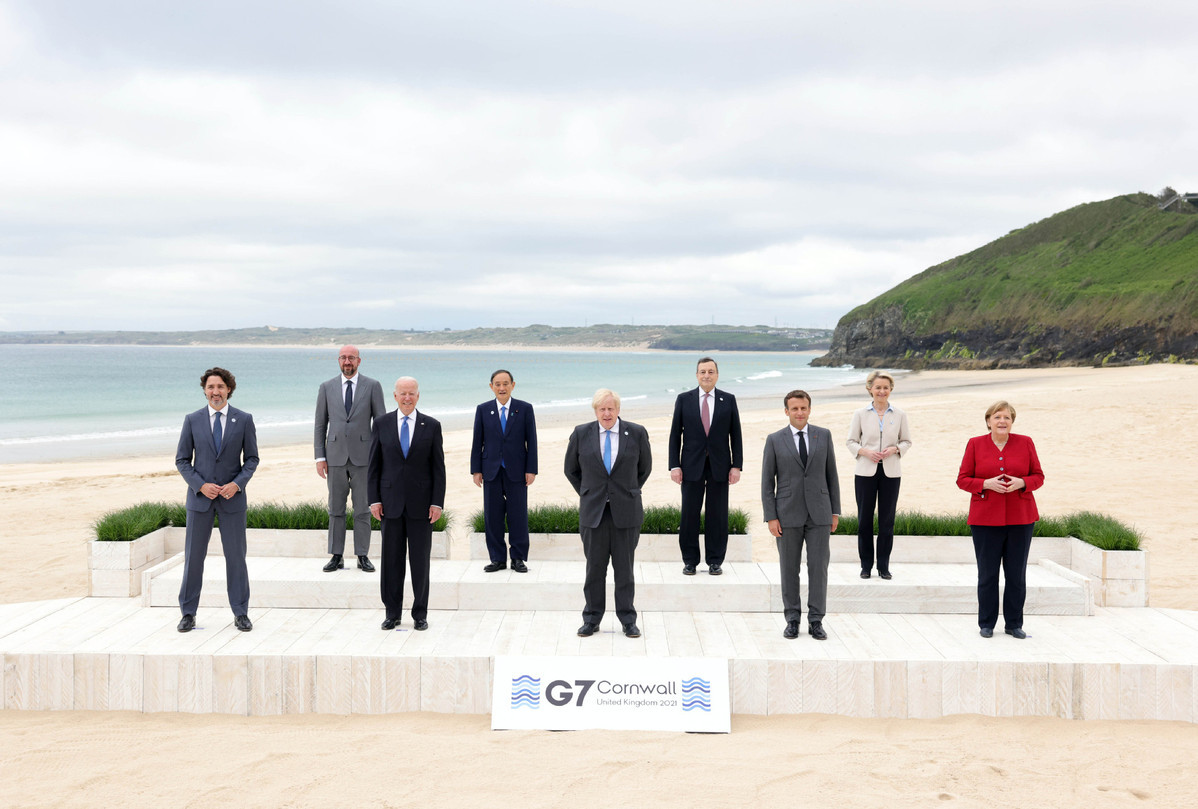 FALMOUTH, Britain -- For the Group of Seven (G7), the correct development direction "should be to seek cooperation with China, not to try to contain or reject China," British scholar Martin Jacques said as G7 leaders are attending a summit in Britain.

Leaders of the G7 -- Britain, the United States, Canada, Japan, Germany, France and Italy -- plus the European Union have gathered for a summit in Britain's southwestern seaside resort of Carbis Bay in Cornwall from June 11 to 13.

It is the first in-person meeting of the G7 leaders in almost two years and the first major in-person summit held by Britain after Brexit, where China is expected to be a topic of discussion.

Writing in the Washington Post, US President Joe Biden said that the first foreign trip of his presidency -- to this week's G7 Summit in Cornwall -- will be about "rallying the world's democracies."

Biden claims the US is "back in the chair," with a plan to "end the pandemic everywhere," meet the demands of "an accelerating climate crisis," and confront what he calls the "harmful activities of the governments of China and Russia." 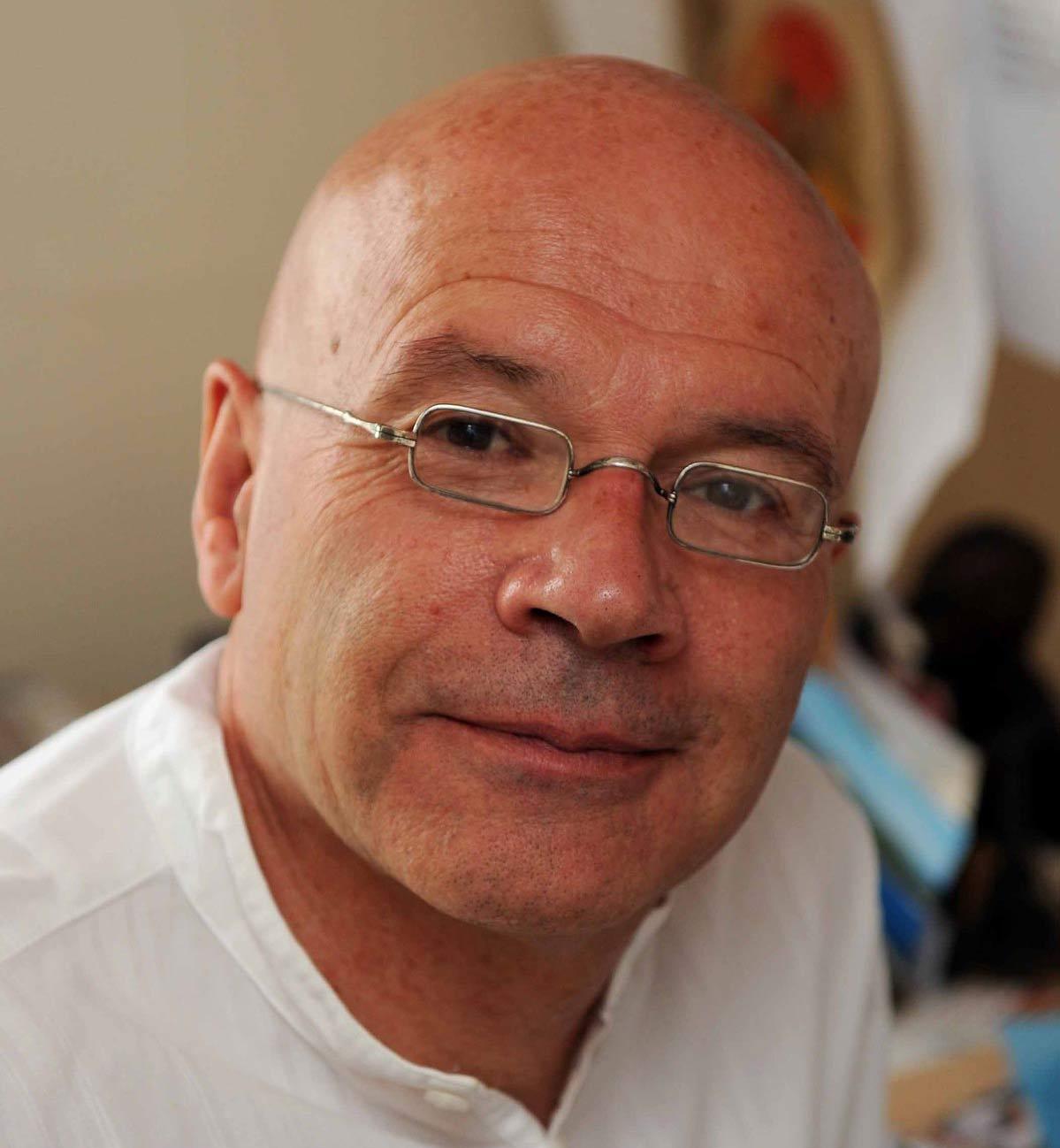 Jacques, a senior fellow at Cambridge University, believes that this action exposes the inability of the G7 countries to deal with the decline of the bloc's international status, and also goes against the trend of the times of win-win cooperation.

The problem of the G7 is that it used to effectively run the world economically, but now its authority has greatly diminished, he said.

It's a pale shadow of what it was, he said, "and we saw this at the time of the financial crisis. You remember when G20 effectively replaced G7, so G7 is hugely weak. And I don't think it's so surprising in a way, that it took this kind of very negative view towards China, because it's only defensive, and it's kind of embattled," he said.

Jacques said the G7 used to be confident, but it is no longer confident in the way that it was. "Its powers are very restricted now. I mean they don't even agree with themselves. You know across the board, there are big divisions within the G7," he said.

He believes that the world has long realized that the G20, established after the Asian financial crisis in the late 1990s, is a broader and more representative international organization. As a member of this organization, China played an important role in resolving the 2008 global financial crisis.

However, he pointed out that it is impossible for the G7 to change the trend of development, not only because the small bloc itself is weak, but also because "this group that they put together is very divided."

"The classic example is exactly their attitude towards China," he said, adding that he believes European countries don't have any interest in containing the world's second largest economy.

He cited Italy as an example as it recognized and participated in the China-proposed Belt and Road Initiative, and Germany also has a lot of economic and trade exchanges and direct interests with China.

"If you scratch away the issues, then you can see there are very sharp divisions within G7. Now, so you've got a situation where basically the Americans are trying to make the prototype to create a group of countries which are against China and are antagonistic towards China, or willing to move more a little bit in the direction of containing China. But when they start doing it, there are deep divisions amongst them," he added.

Jacques believes that there are essential differences between the United States and Europe. If the United States continues to pursue unilateralism and hegemonism, these differences will only grow larger. Therefore, Europe should not blindly follow the United States against China and Russia, because it's a mistake for the G7 to do what they did. "They should be seeking ways of developing cooperation with China, not of thinking to contain or rebuff China."

As for the future of the G7, Jacques said that it depends on the attitude and position of the United States.

"Because America is deeply, profoundly wedded to the idea that it is the leader in the world. It is number one in the world. And it cannot bear the idea that it loses that status. This period is coming to an end, but they can't bear the fact. And they can't bring themselves to face up to the fact. America is in the decline. So this is going to be a long protracted and painful process for the United States. So we shouldn't expect the next G7 (to show) a big shift in American attitudes, the circumstances don't exist for it," he said.

"I think in the longer run, America will shift its position. But I don't know when. And it'll have to position this vision to recognize that China is equal. And until it can do that, there will be no real cooperation in the true sense of the word, like (Henry) Kissinger represented, with China."